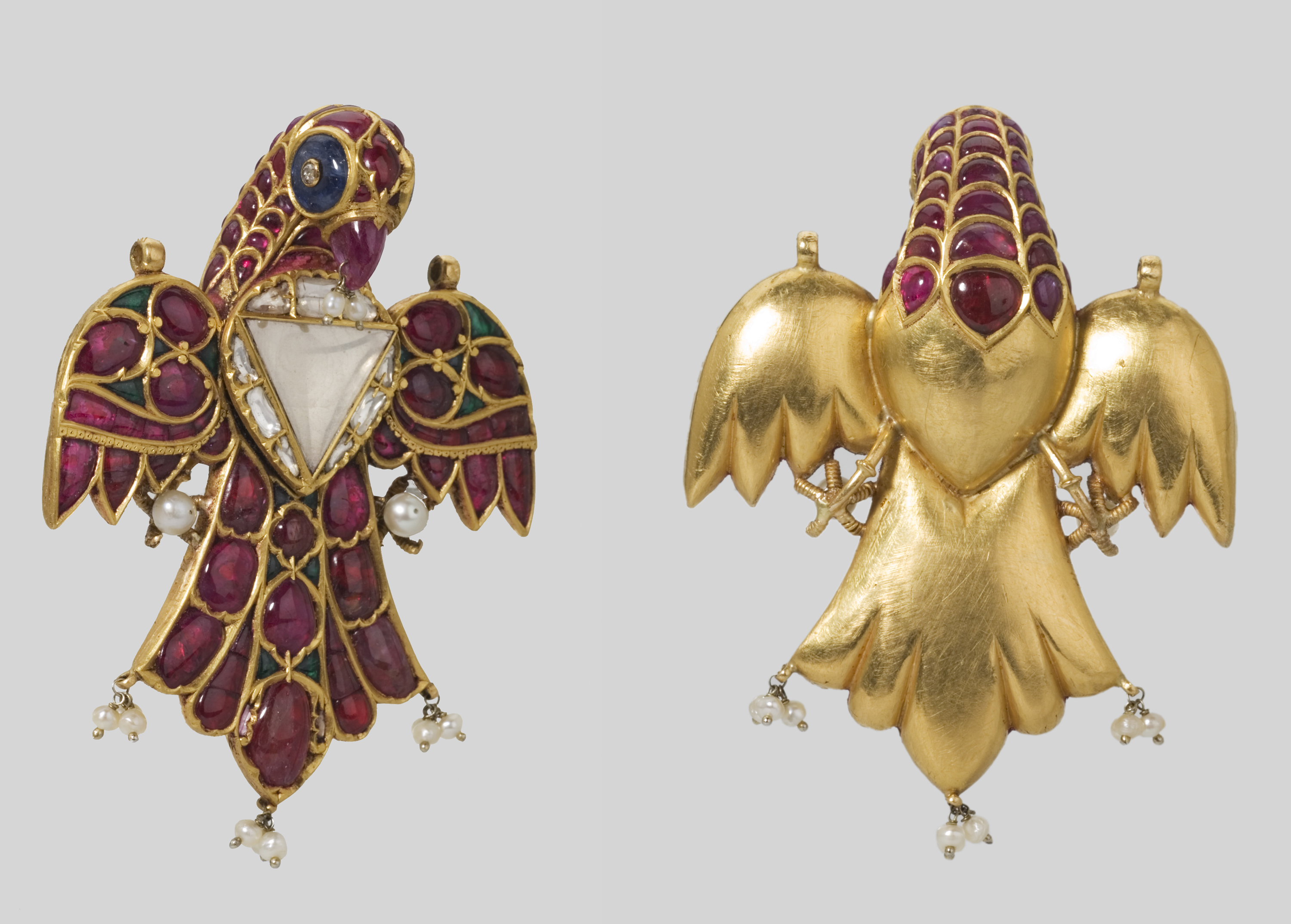 Pendant in the Form of an Eagle Displayed

Pendant in the Form of an Eagle Displayed

The front and the upper part of the back of the bird are richly set with precious stones, including a large triangular table-cut diamond on its breast. It beak is carved from a ruby, and the eyes are of sapphires set with a central diamond. Small pearls in groups of three hang from the beak and the tail-feathers; larger single pearls are grasped in its talons.

The pendant is very similar in both workmanship and design to an eagle pendant in the al-Sabah Collection in Kuwait. The heraldic stance was highly popular in European jewellery of the High Middle Ages and the Renaissance, and it is very probable that these jewels reflect a tradition established by Italian craftsmen working at the Mughal court in the 17th century. This may also explain the use of sapphires, which native Mughal jewellers generally tended to eschew.