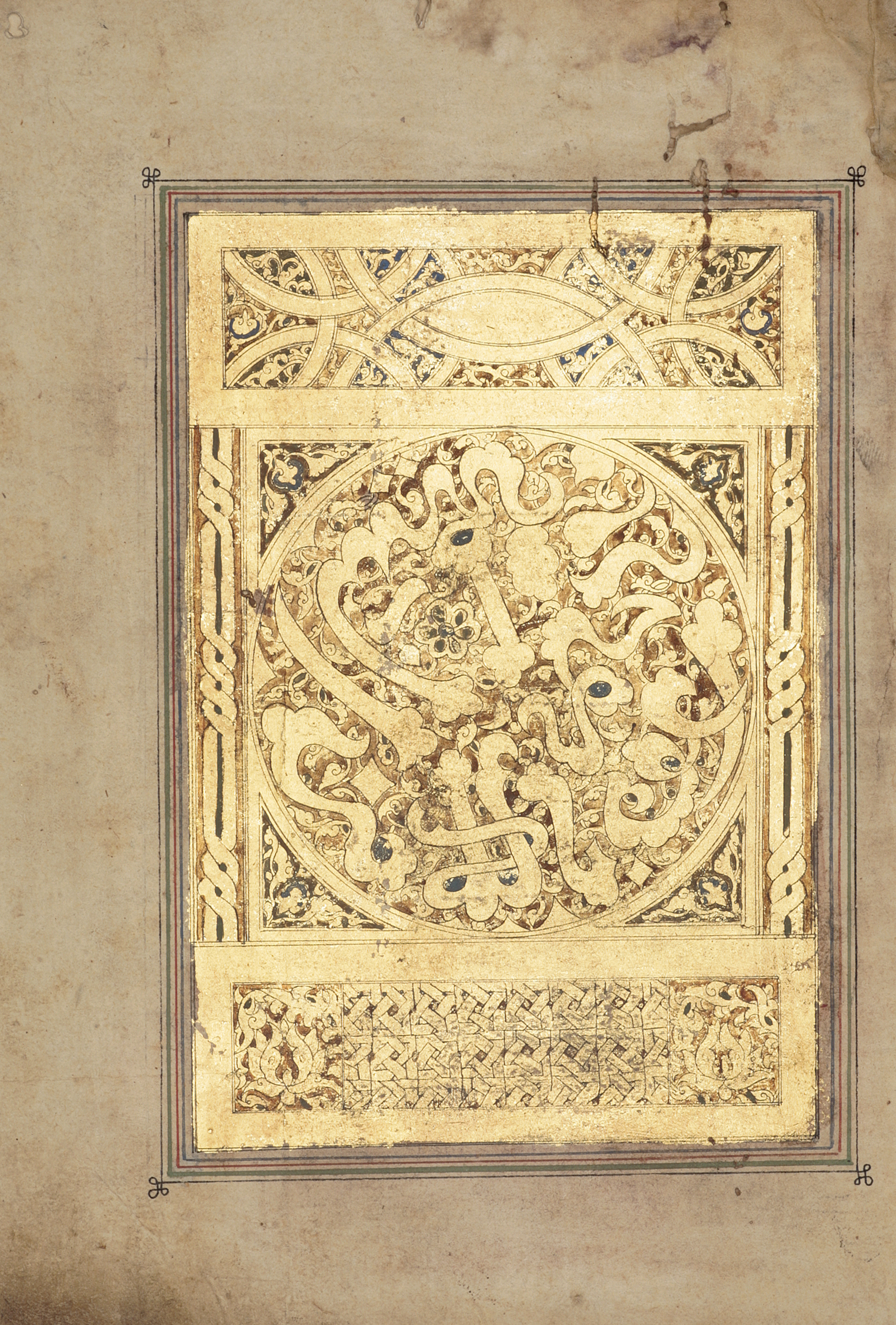 main text copied in muhaqqaq script, incidentals in a form of riqa‘; 5 lines to the page

This is an early specimen of a type of Qur’anic manuscript with its roots in eastern Iran, produced by the Huihui, or Chinese Muslims, under the Ming and Qing dynasties. The most conspicuous of the illuminated pages is the frontispiece (folio 2a), which has a central roundel inscribed in a rounded script ingeniously combined with Chinese cloud scrolls. The effect is intriguingly different from the chinoiserie art produced in Iran under Mongol or Timurid domination.