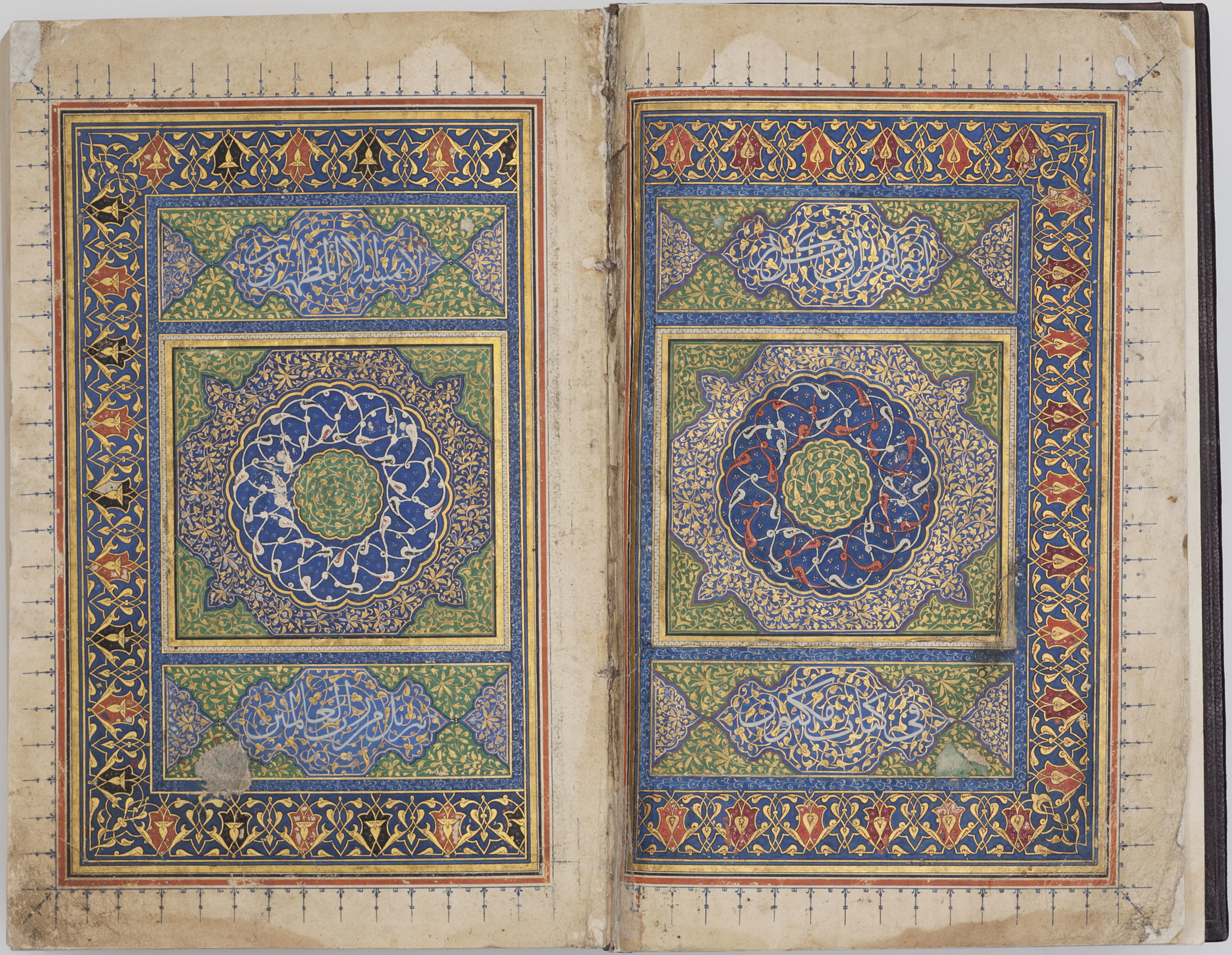 main text copied in naskh script, incidentals in thulth; 11 lines to the page

Early Ottoman illumination is heavily influenced by that of 14th-century Shiraz, but here the colour scheme (especially the bright red), the elaborately lobed panels in which ornamental details are set and the extensive use of arabesques are characteristic of the style developed for the splendidly illuminated books in the personal library of Mehmed II (d 1481). According to the commissioning note on folio 639b, the Qur’an was copied for Mercan Agha, who was chief of the White Eunuchs at the court of Mehmed II. He was a generous benefactor of pious institutions in Istanbul and European Thrace.