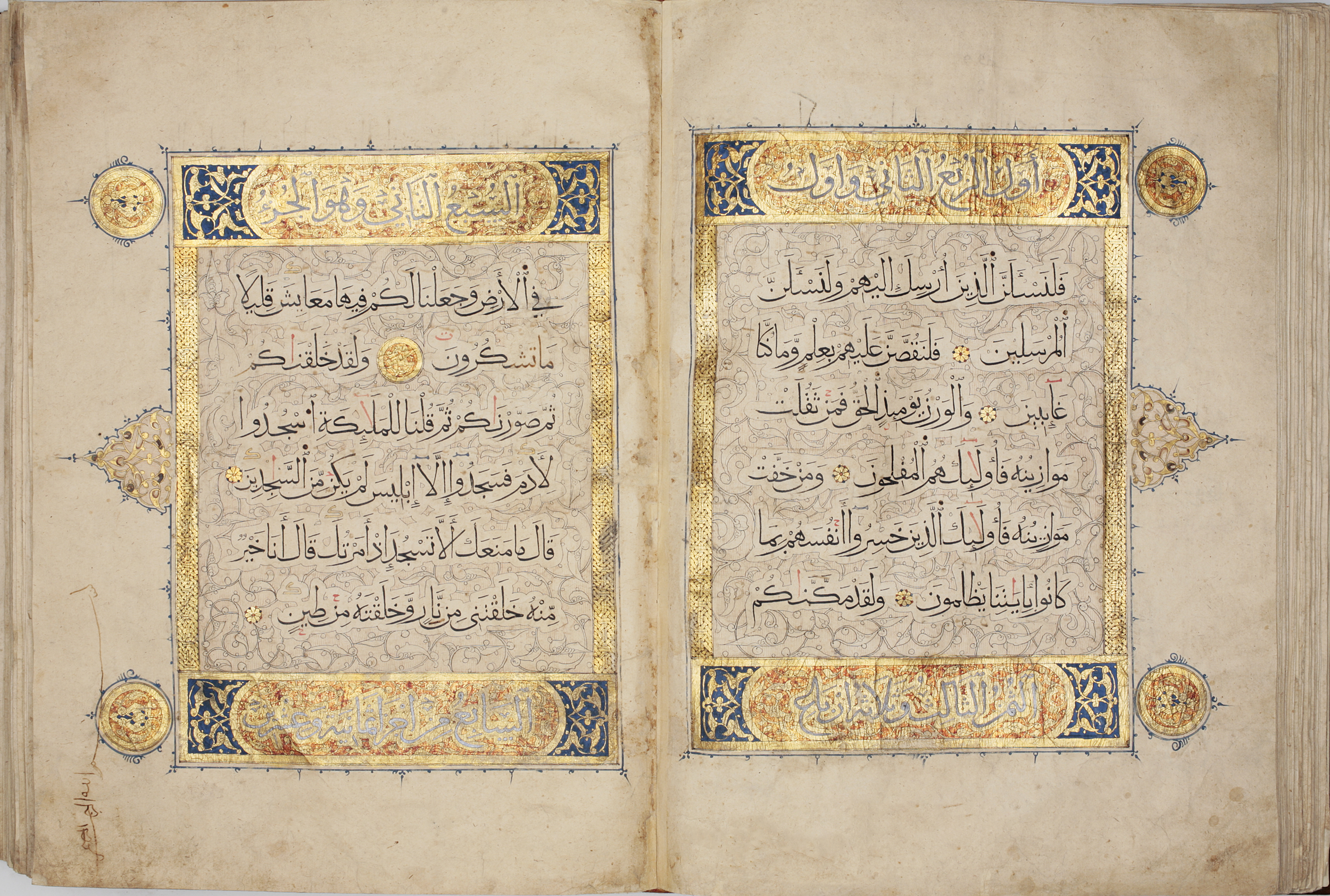 main text copied in muhaqqaq script, incidentals in thulth; 11 lines to the page

Unusually for a Mamluk Qur’an, the opening pages of each quarter (rub‘) of the text are illuminated. The most striking feature of these illuminated pages is their beautifully drawn spiral split-palmette scrolls on a ground of fine reddish-brown hachuring, which is broken to reveal the words in ‘clouds’. They are arranged as panels, with illuminated head- and footpieces and borders of elaborate gold plaiting, and marginal hasps outlined in blue. The copyist, Muhammad ibn Ibrahim ibn ‘Abd al-Rahman al-Maydumi, may have also been responsible for the illumination.

The volume was endowed upon the mosque built by Sayf al-Din Qusun al-Nasiri, an amir of Sultan al-Nasir Muhammad, near the Bab Zuwaylah in Cairo, which was completed in 729–30 AH (1329–30 AD).