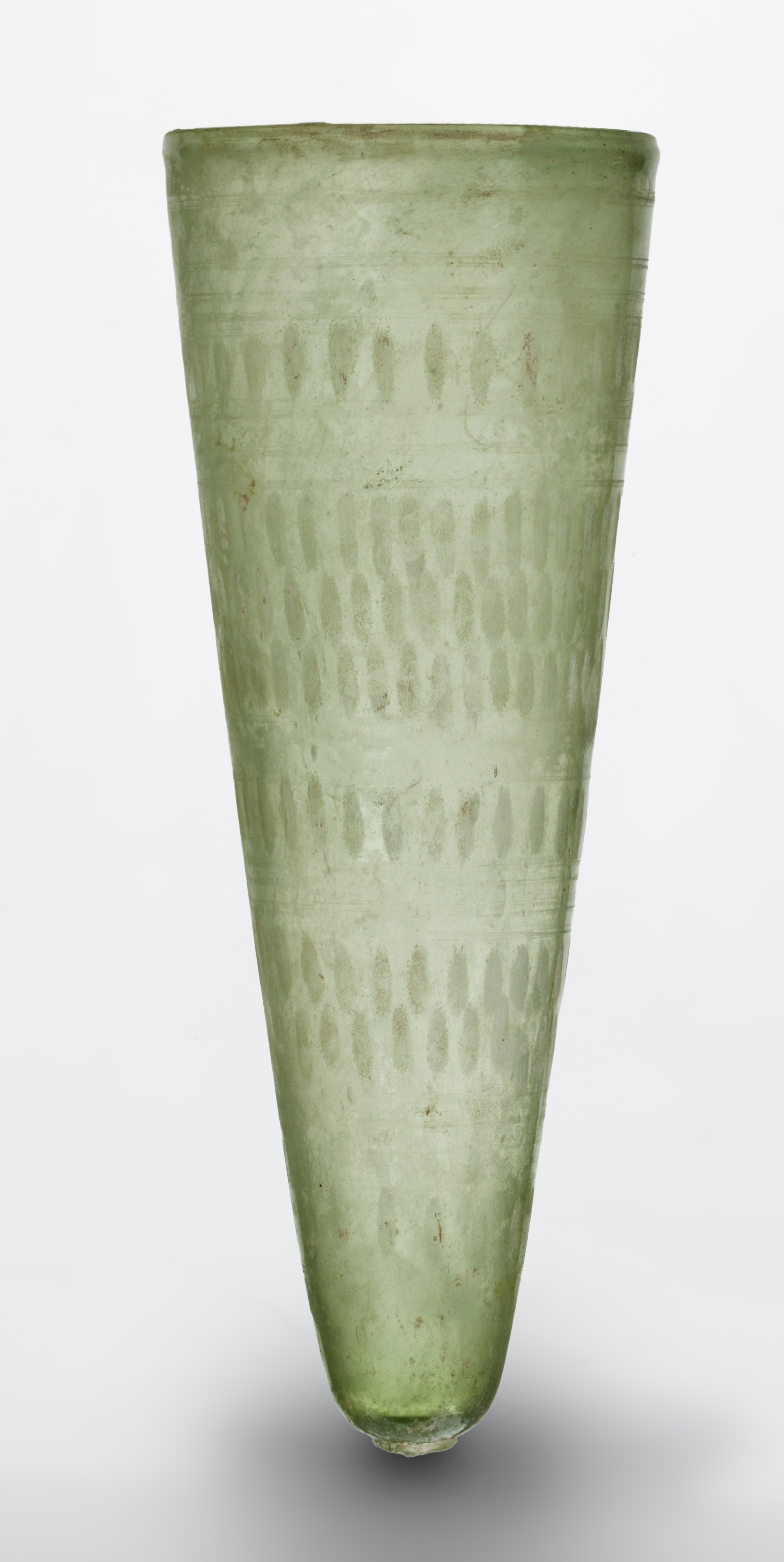 This is one of the largest intact conical glass beakers known from the ancient world. They were popular all over the Roman Empire, from the Rhineland to Egypt, and specimens have also been excavated at Parthian and early Sasanian sites, such as Choche in central Iraq. The colour of the present piece and its decoration suggest an Eastern workshop rather than the Rhineland.
The rim is thickened and rounded and defined by a gentle groove. The decoration of the body consists of five bands of vertical elongated wheel-cut ovals, separated by three or four thin wheel-abraded bands. The base is thickened and rounded, and retains a pontil ring.