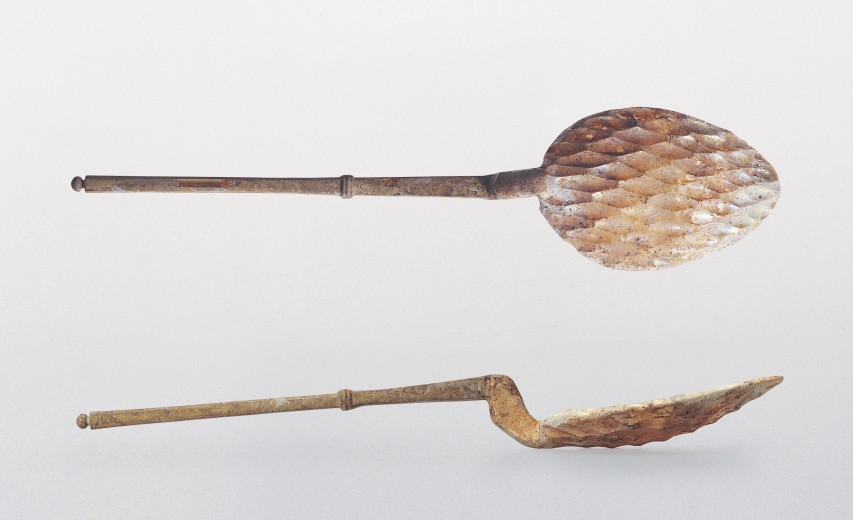 The bowl of the spoon is plain inside and facet-cut with deep narrow ovals outside. The neck, rectangular in cross-section, arcs up sharply from the bowl as far as preserved.
Glass spoons were used in the Roman Empire from the 1st century ad and seem to have been manufactured in the East from the 2nd century onwards. They are based on metal, especially silver, prototypes. The facet-cut decoration on the exterior of the bowl might suggest that the spoon was used for serving.