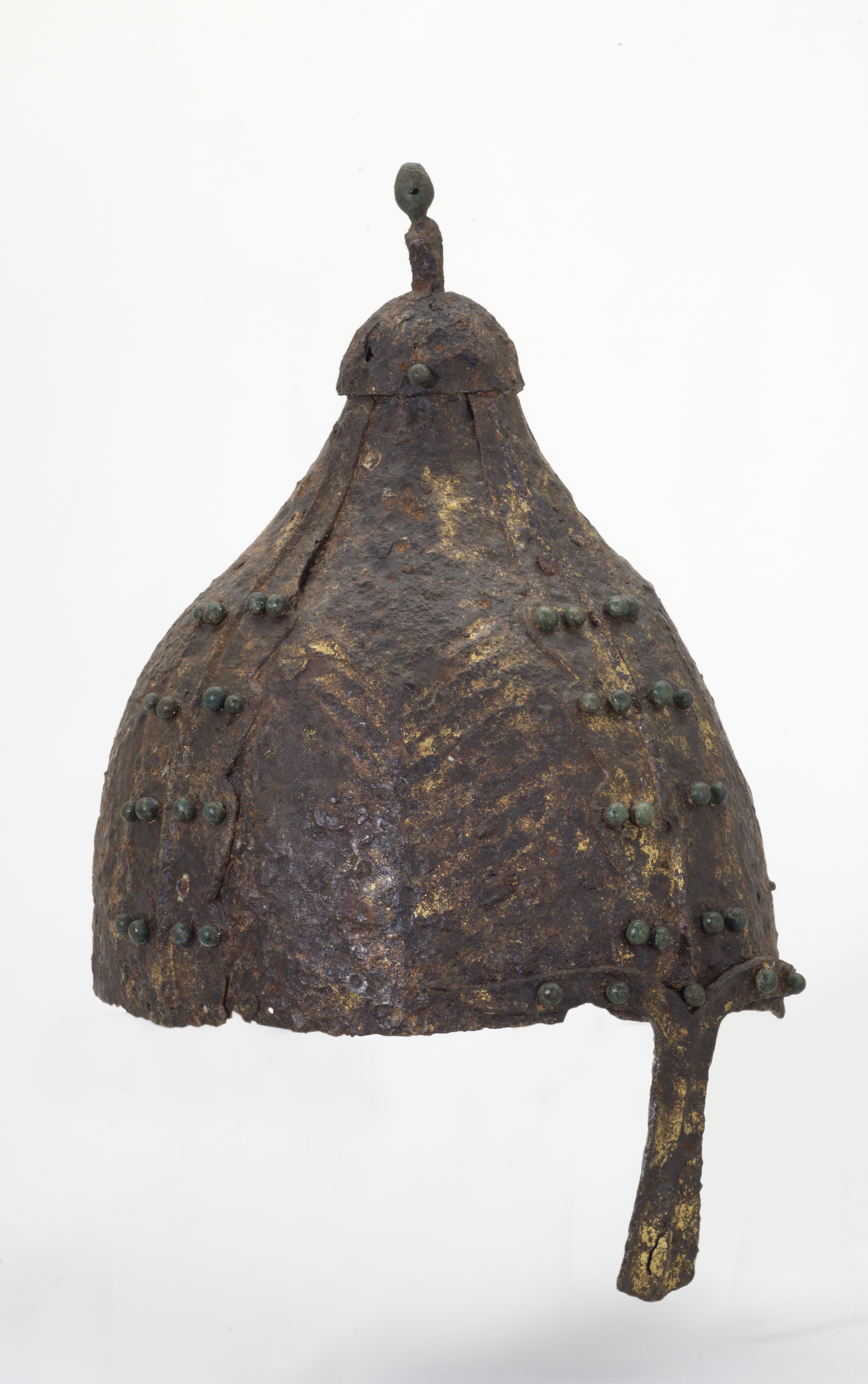 The helmet is of a type known as Spangenhelm which is composed of a number of metal plates held together by wire or rivets at the top and sides, in contrast to helmets forged from a single piece of metal. This helmet is formed of four iron plates  which are held together at the sides by lobed bands of iron secured by two paired rows of bronze rivets and at the top by a bowl-shaped cap surmounted by a small finial. The lobed bands have a central ridge and the four main plates are decorated with a chevron pattern. An elongated nasal guard and ‘eyebrows’ are riveted to the front.

Although related helmets have been attributed to Sasanian Iran of the 3rd to 7th centuries AD. A Sasanian origin for this helmet is not, however, certain, for it shows a clear resemblance to ‘Turkic’ helmets of the post-Sasanian period. The helmet is also of interest in that it represents an early Near Eastern example of a type that had considerable longevity in the Islamic world and is prototypical of the Turkic helmets mentioned above but also for the ‘turban helmets’ of the 15th century AD [for which, see MTW 773].