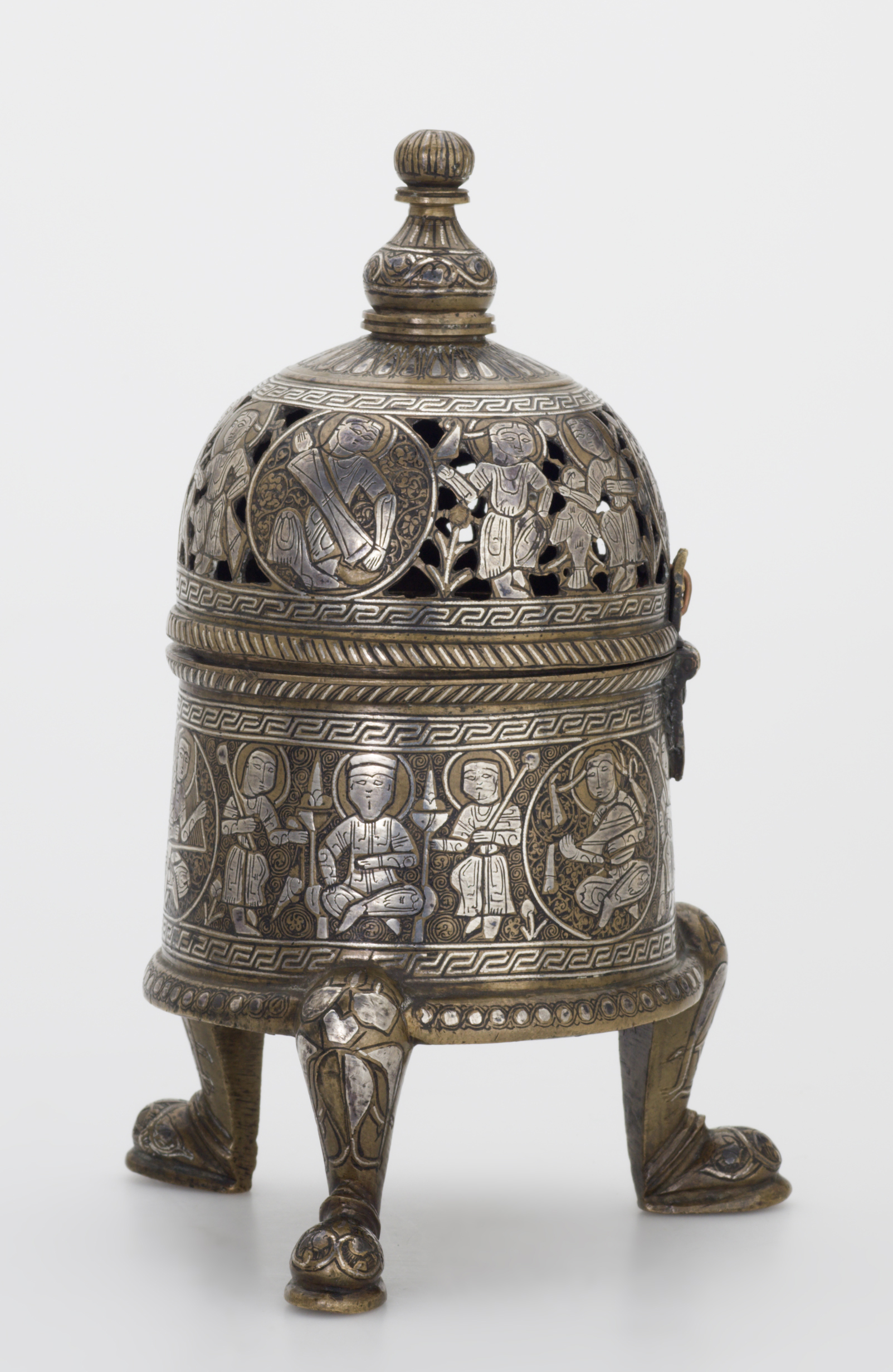 The body of the incense burner is decorated by a frieze at the centre of which is an enthroned figure. To his left and right are attendants or courtiers, each holding an object is his hand, – maces, beakers, swords and lances, perhaps a sign of office. The frieze is interrupted by three roundels, two pf which bear musicians. The of the handle, now missing, was attached to the third roundel, which is undecorated. The decoration on the lid is similarly arranged in a frieze with paired huntsmen and their prey, interrupted by three roundels, one of which has a cross-legged princely figure while the other two have musicians. The legs bear two-headed eagles.

The incense burner belongs to a group of some 40 known cast brass examples of similar shape and dimensions, the earliest of which bears the name of the Ayyubid sultan al-‘Adil (r 1238–1240). They are most likely to have been made at Mosul, the main production centre for silver-inlaid metalwork during the first half of the 13th century. The similarity in shape and decoration of the present incense burner to the earlier examples of the group suggests that is of similar date and provenance.