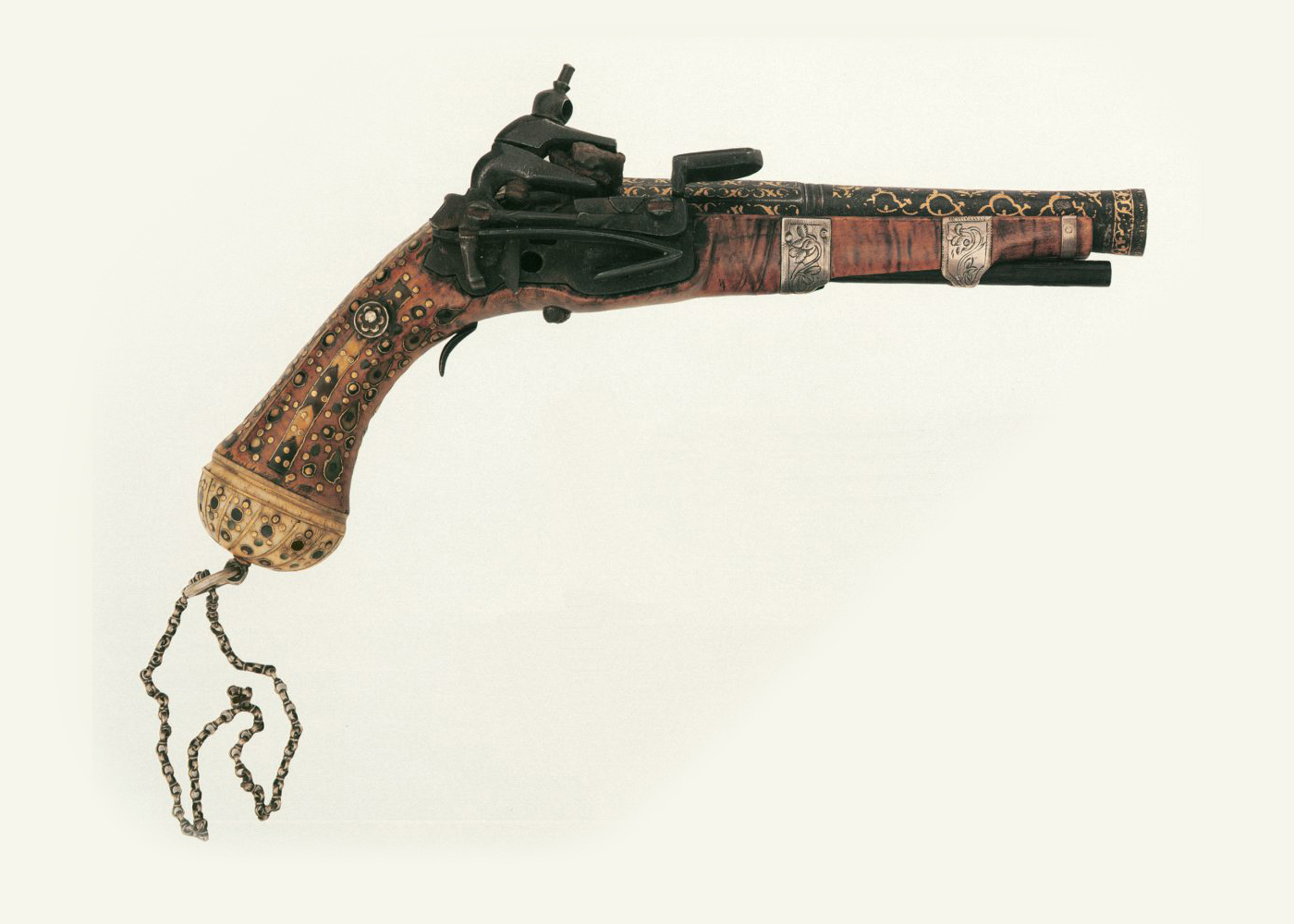 The smooth-bore barrel is damascened in gold and bears Arabic invocations and a Persian distych punning on the word kundak (in the senses of ‘swaddling clothes’ and ‘gun-stock’, i.e. tiny but deadly). The ramrod is held in place by two silver bands. The stock, made from wood of the plane tree (Platanus orientalis, Ottoman, çinar) has an ivory butt-cap inlaid with gold or gilt-brass studs and wire, green-stained ivory and bone and silver rosettes, which bears a silver chain wrist-strap.

Seventeenth-century Ottoman ﬂintlock pistols are rare outside the Turkish state collections. Among the few exceptions are one in Dresden, and two pairs in the Karlsruher Türkenbeute. There are also two pistols in the Topkapi Palace collection: one bears a tughra of Ahmed III (r 1703–1730); another, dated 1179 AH (1765–6 AD), is signed by its maker, Mustafa.