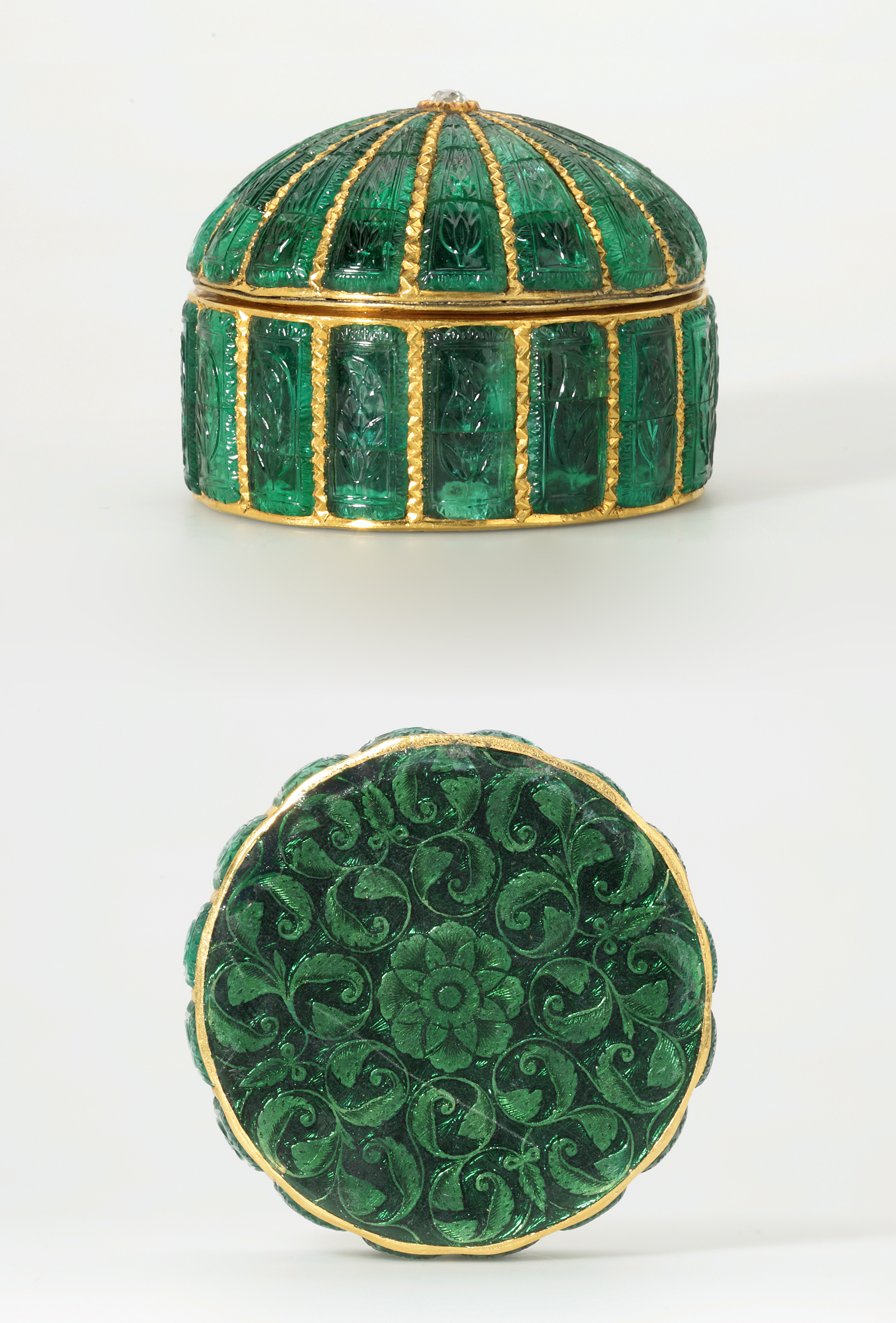 gold sheet, set with carved Colombian emeralds and a faceted diamond in gold kundan, with an enamelled base

This sides and lid of this spectacular gold box are set with 103 emeralds, perfectly matched and fitted. They are carved in shallow relief to depict cypress trees within borders of repeated stylized leaves. The precious materials and the high quality of the design and craftsmanship suggest that the box was made at the highest level of Mughal court patronage.

Each of the 16 slightly convex rectangular panels that make up the wall of the box is composed of two or more emeralds and is carved with a cypress with its tip curving to the left. The triangular panels on the cover are each composed of three or four pieces of emerald and are also carved with cypresses. The stones are held in place by narrow bands of gold, which also define the panels. The vertical bands are decorated with a sharply chiselled zigzag motif. At the apex of the lid is a diamond. It has an octagonal table surrounded by 24 visible facets within the girdle and appears to represent an early form of brilliant cutting.

The underside of the box is covered with emerald-green enamel over engraved decoration. The pattern consists of a central rosette surrounded by two rows of stems with split acanthus leaves forming pairs of double scrolls. The ground is hatched and cut away so that the enamel is darker in the background and lighter over the rosette and scrolls. The decoration suggests European influence, which presumably came into Mughal court art during the first half of the 17th century with the European craftsmen in the service of Jahangir and Shah Jahan. It is possible that the designs were influenced by engravings from the studio of Bernard Salomon who worked at Lyons in the mid-16th century.