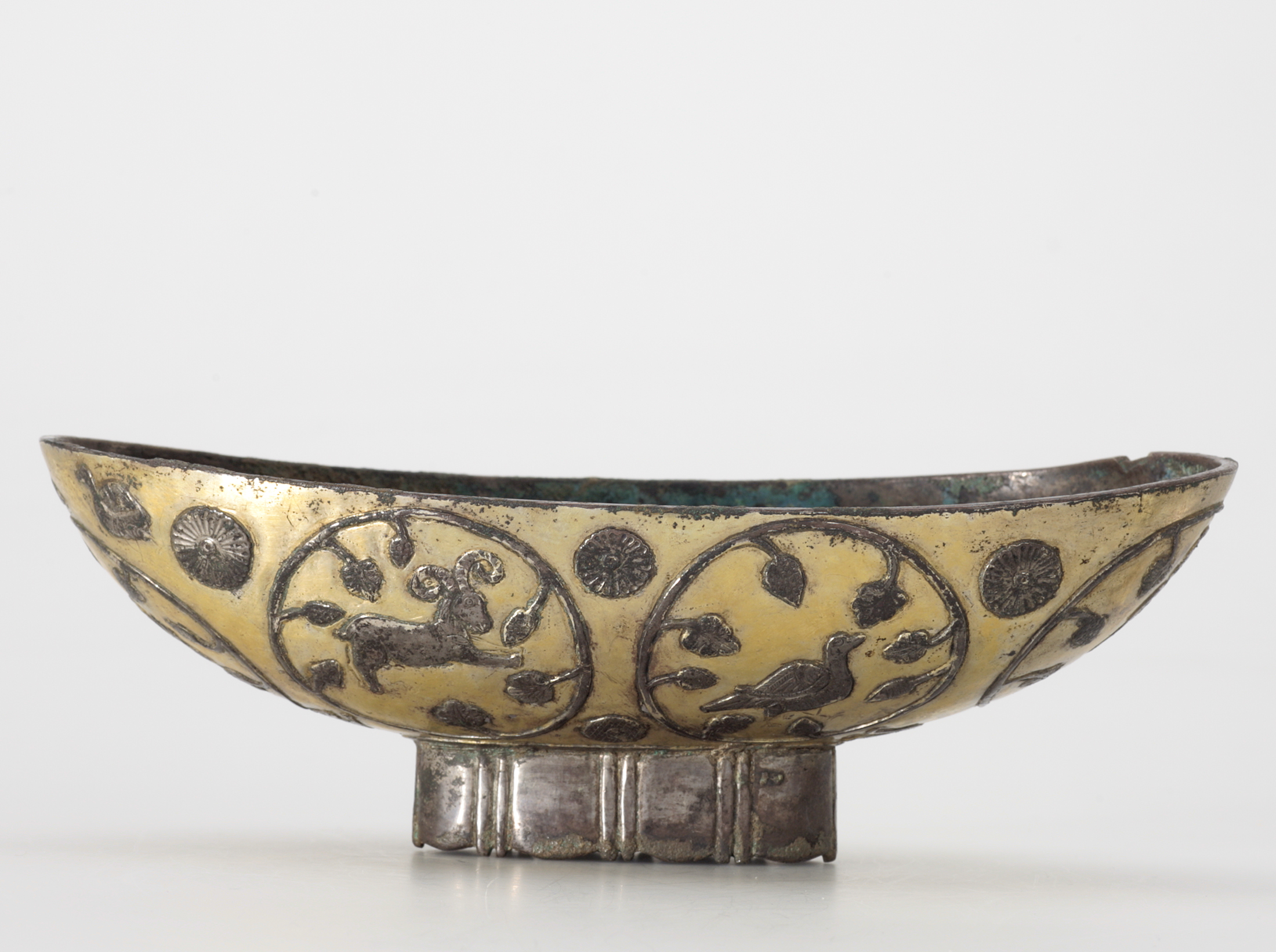 silver, cast, engraved and worked in relief, with niello and gilding

Silver boat-shaped cups, as described by medieval Persian authors, played an important part in pre-Islamic Iran as vessels for Zoroastrian ceremonies. In the late Sasanian and early Islamic periods, they were also made in high-tin bronze.

The shape of this cup is of Chinese origin. The decoration, however, is in the Roman tradition, with animals and human figures ‘inhabiting’ foliate scrolls, which remained popular in the eastern Roman world, particularly in mosaics, until the 6th century.