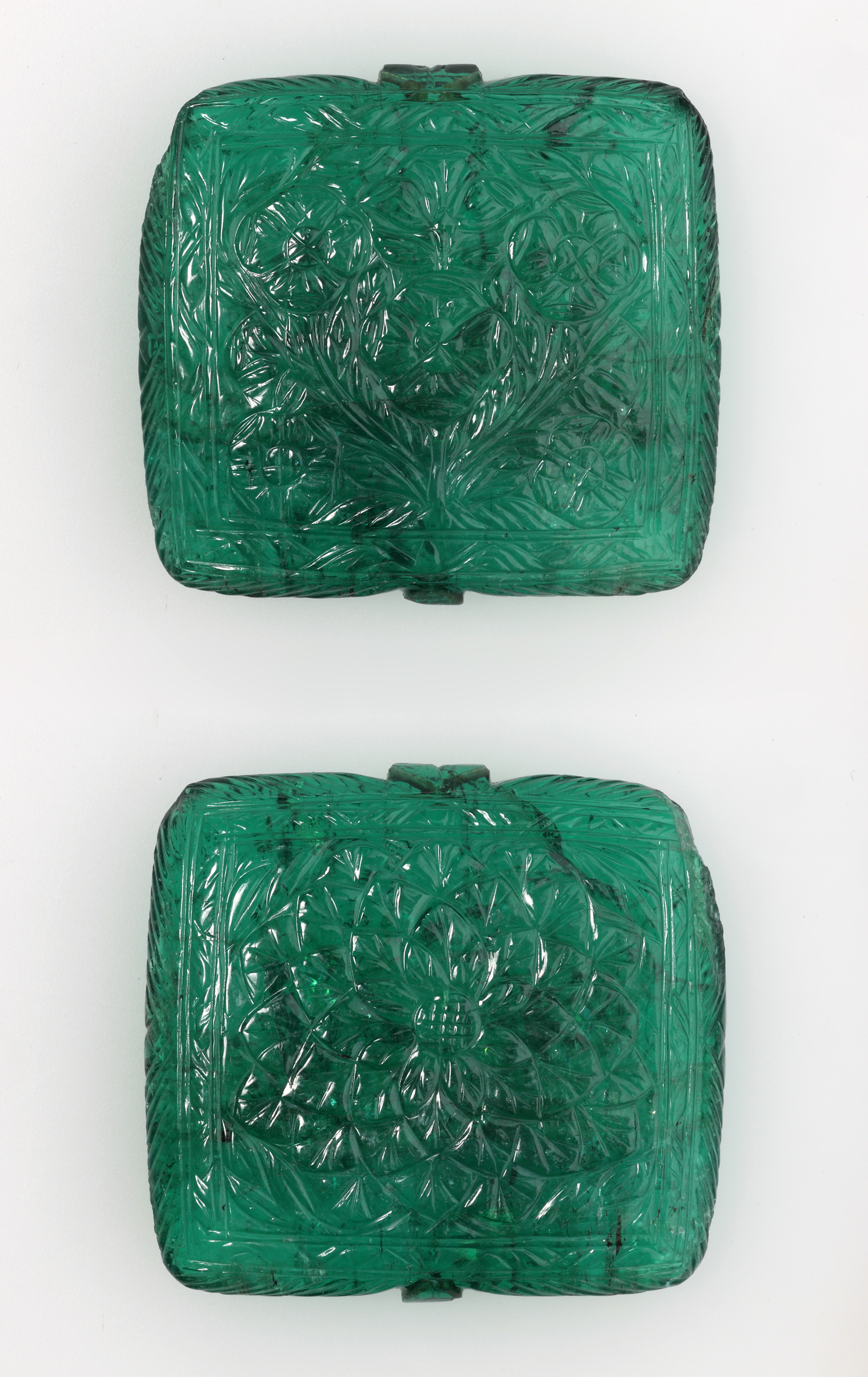 Colombian emerald, carved on both sides

The large emerald, with its intense green colour, belongs to a small and exclusive group of gems that can be ascribed to the royal Mughal workshops. Such large emeralds are likely to have been at one time in the Mughal treasury.

The emerald is carved on the obverse with a stylized plant with six flowers and, on the reverse, with a double rosette. This decoration is shared with some others of the group, as is the carving of the edges, which are rounded and bear rows of chevrons. A pierced lug has been carved on the upper edge of the stone suggesting it was the principal element of a pendant, while there is a similar smaller lug on the lower edge, presumably for a smaller pendant jewel, probably a pearl.