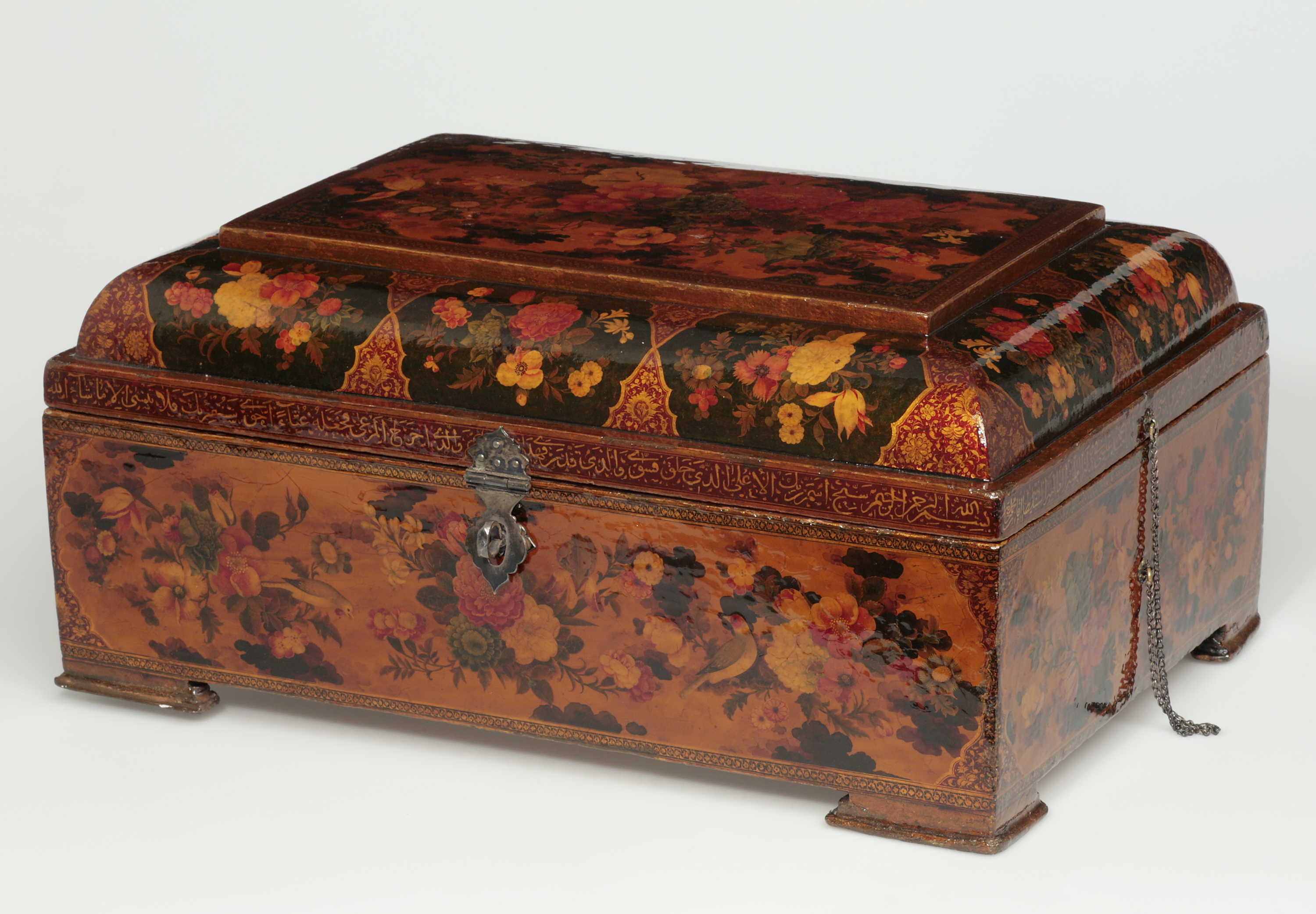 The top of the lid and the sides of the casket are decorated with panels of flowers and birds on an imitation-tortoiseshell ground. The sides of the lid have massed flowers on a dark-green ground. All the panels are framed by areas of gold illumination on a red or black ground. The flat surface on the inside of the lid has a hunting scene in a European landscape, possibly figuring the first Qajar ruler, Aqa Muhammad Khan, who declared himself shah in 1796. The panels surrounding the painting, which appear to imitate Indian enamelled or encrusted work, may be an allusion to the Peacock Throne, believed to have been among the spoils brought back to Iran from Nadir Shah’s sack of the Mughal treasury in Delhi in 1739. The inside of the body of the casket is plain black and the base has floral scrollwork in red and green on a gold ground.

There is an inscription in naskh around the edge of the lid; this consists of a quotation from the surah al-A‘la (LXXXVII) followed by the signature of the calligrapher, who is otherwise unknown, ‘written by the servant Muhammad ‘Isa during the exalted and sublime sultanic reign of Aqa Muhammad Khan ...’.  The decoration on the interior is signed, ‘painted by the most humble Mirza Baba’.