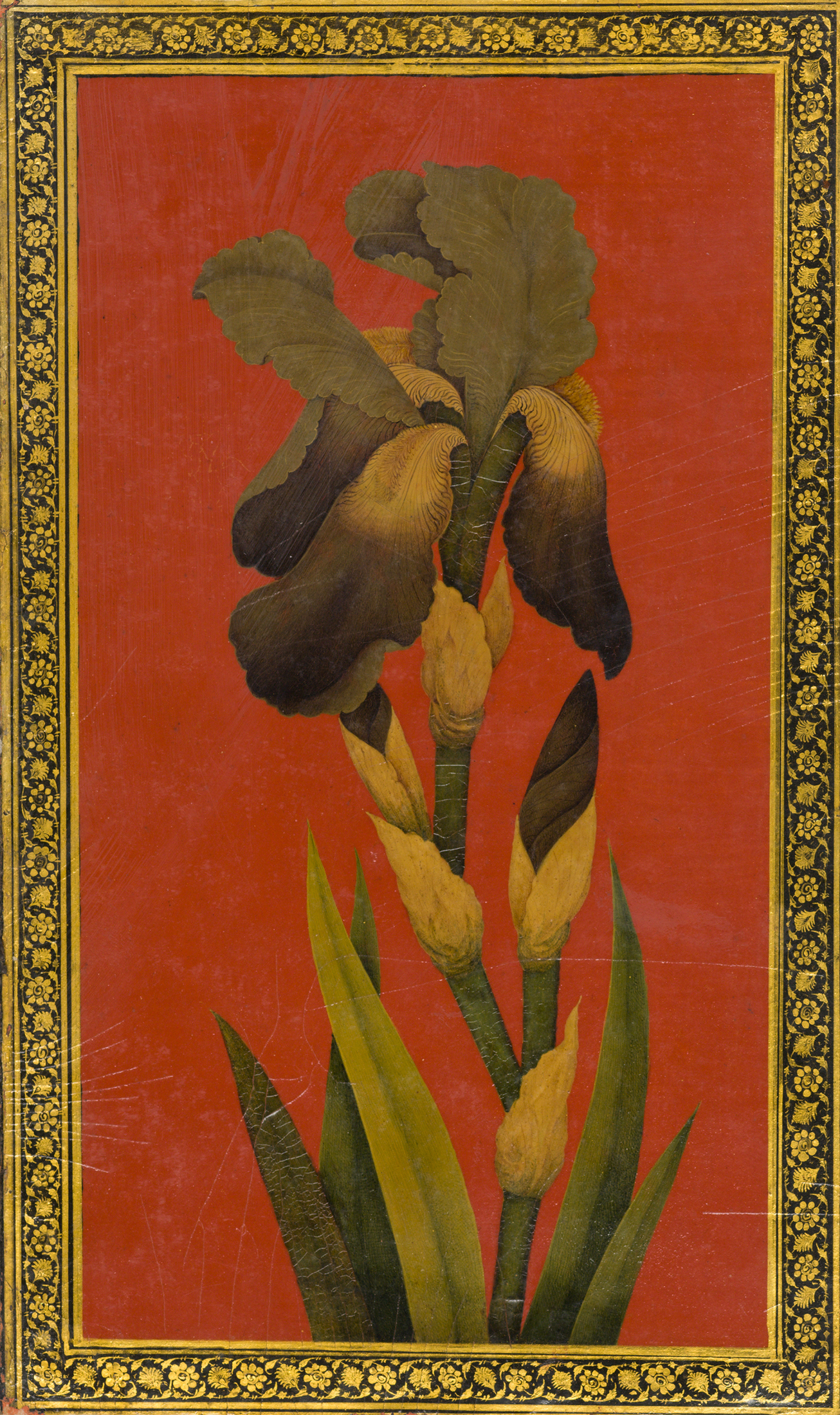 Binding of a Manuscript

Binding of a Manuscript

This binding is attached to a copy of the Yusuf and Zulaykha of Jami, copied by Sayyid ‘Ali al-Husayni on Wednesday 5 Shawwal 1234 (28 July 1819). The outer covers are painted with very fine designs of rose sprays and carnations on a coffee-brown ground, framed by a black border with gold flowers. They are signed, ‘painted by the most humble Muhammad Hadi’. The doublures are decorated with accomplished renditions of single iris plants on a red ground, and these too must be the work of the great master Muhammad Hadi.

The Shirazi painter Muhammad Hadi is best known from an account by an English official of the East India Company, Claudius James Rich, who met him in Shiraz on 10 September 1821. Rich wrote to his wife, ‘I have just had a visit from Mirza Mohammed Hadi, the most distinguished artist in Persia. I was endebted for this honour to his having heard that “anch’io son pittore”, and that I had praised some of his works. He was accompanied by a khan, and one or two of his choicest disciples. He enjoys the highest reputation here, and the Persians almost consider him in odour of sanctity. I found him an extremely polite, intelligent, gentlemanlike old man. He is full of the spirit of his art, and is passionately fond of flowers. This Iranian Van Huysum never works now; and it is almost impossible to procure a specimen of his pencil. They are bought up at any price by the Persians. He has not even preserved a specimen for himself, yet by great good fortune I have got one exquisite little painting of his for you’. Although Rich claimed that Muhammad Hadi had given up work, a pen box, signed by him and dated 1246 AH (1830–31 AD) has been recorded.