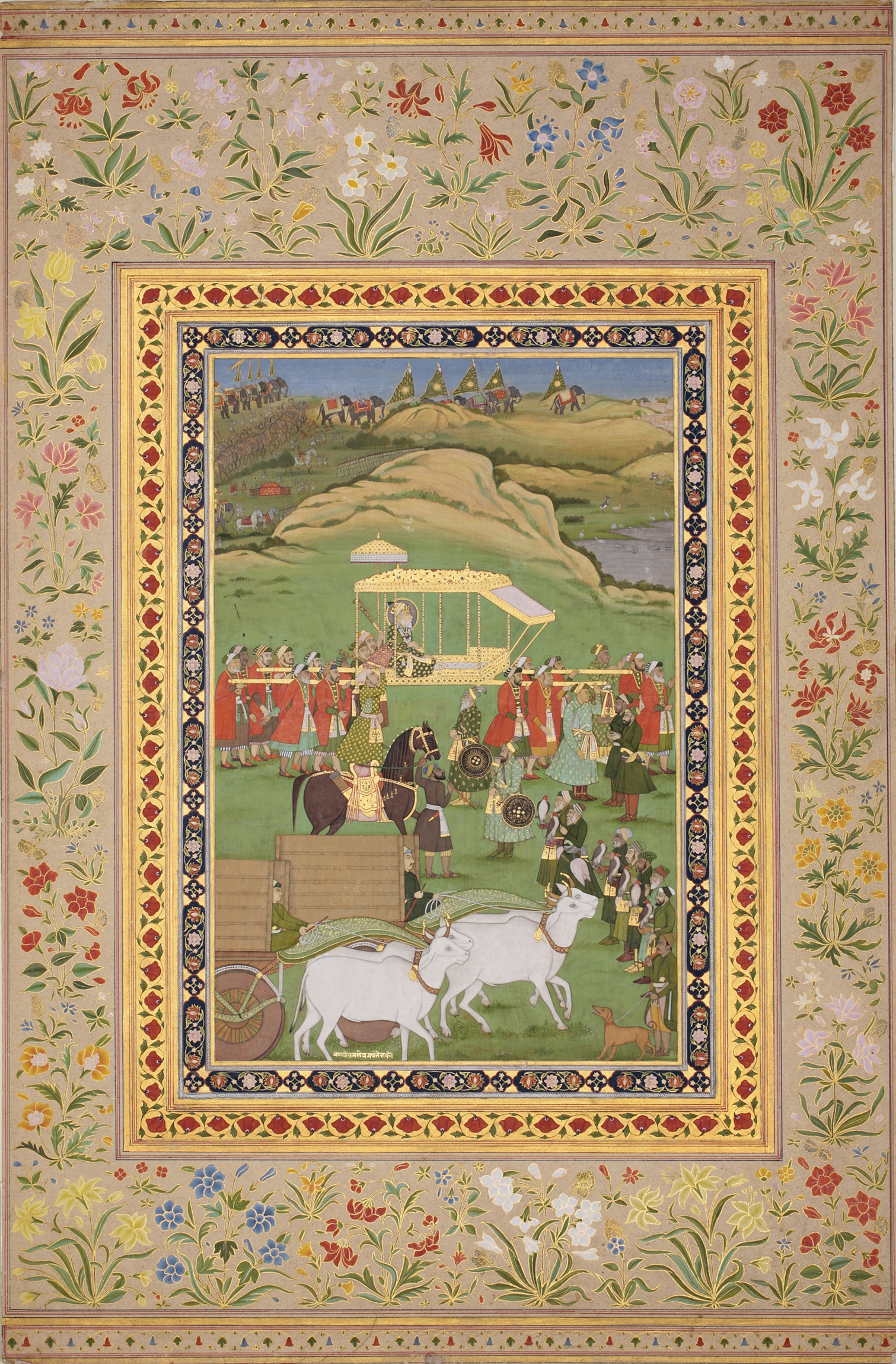 Album Page with the Mughal Emperor Awrangzeb Out Hunting

Album Page with the Mughal Emperor Awrangzeb Out Hunting

gold and opaque watercolour on paper

The emperor is represented as an elderly man, borne in a palanquin, with his mount, led by a groom, caparisoned ready for him to ride. In the foreground are falconers and huntsmen with their hounds, and the hunting cheetahs in their cages, transported on carts drawn by pairs of white oxen. Whatever Awrangzeb’s prejudices against figural representation, it is clear that they did not preclude formal portraiture such as this.

The magnificent margins of flowers and butterflies are in a style favoured by the court studio patronised by Shah Jahan. The dimensions of the page would make the album from which the portrait was drawn one of the largest ever made for a Mughal emperor.