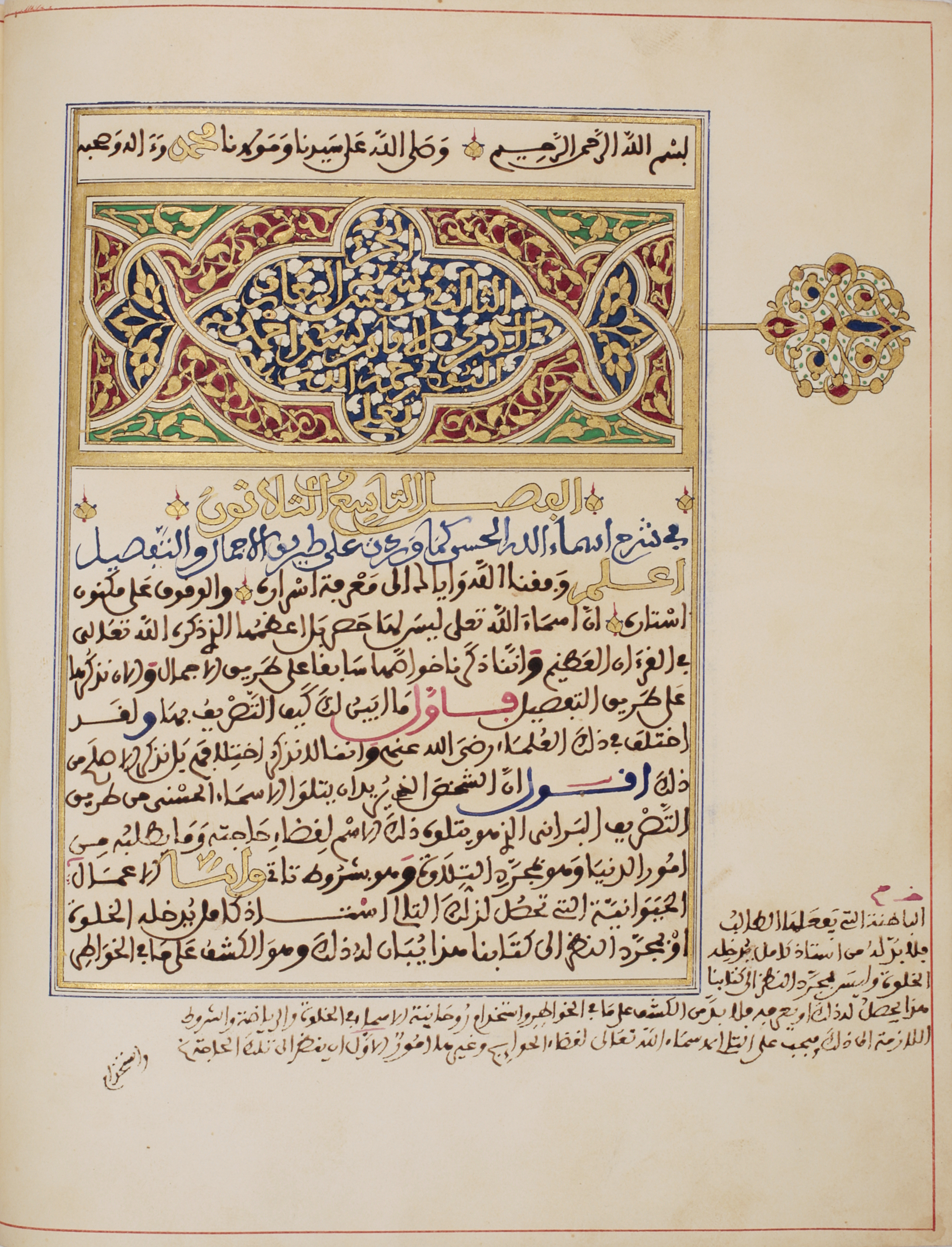 text copied in maghribi script, with 20 or 21 lines to the page

This is the final volume of a two- or three-volume set of  Abu’l-‘Abbas Ahmad ibn ‘Ali ibn Yusuf al-Buni’s Shams al-Ma‘arif al-Kubra, the longest version of his well-known compendium of magic. The treatise comprises 40 chapters dealing with the magical use of numbers and magic squares, and the occult properties of certain Qur’anic verses and the Asma’ al-Husna (‘The Ninety-nice Names of God’). It contains numerous descriptions of amulets and talismans, with prescriptions for their manufacture. The present copy contains only the last two chapters of the work: chapter 39 – the longest  in the treatise – on the Asma’ al-Husna, and chapter 40, which is related to prayers and invocations. This is followed by an appendix (khatimah) giving various chains of authorities for scholars in relevant areas of expertise such as the magical uses of letter-numerals (‘ilm al-huruf). Among the numerous well-drawn diagrams in this manuscript is an illustration to a discussion of one of the ‘Ninety-nine Names’ – al-‘alim (‘The Omniscient’; folio 54a).