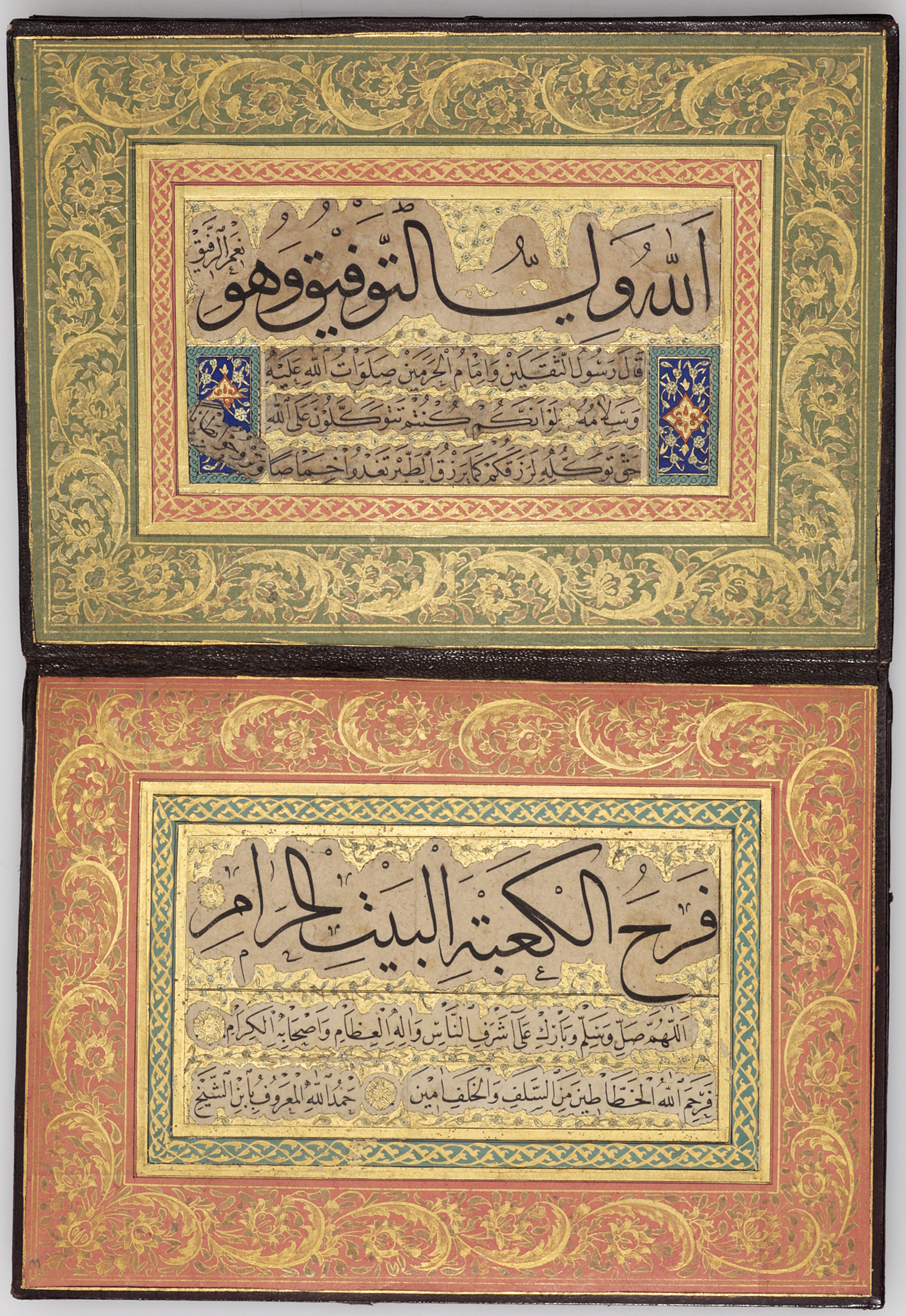 early 16th century, with some illumination in 19th-century style

early 16th century, with some illumination in 19th-century style

The transmission of calligraphic skills has always been important in Islamic societies. In Ottoman Turkey, one calligraphic tradition was paramount, namely that of Shaykh Hamdullah al-Amasi (1436–1520). It was re-invigorated in the late 17th century by Hafız ‘Osman. The two great calligraphers are linked by chains of pupils, traceable through their signed works and the certificates of proficiency which licensed them to practise, with very few gaps, right up to the late 19th century. Later calligraphers continued to turn to them as models: the production of a text worthy of one or the other counted among their highest aspirations.

The text of this album, which bears the signature of Shaykh Hamadullah, consists of traditions of the Prophet Muhammad and proverbs, as well as a prayer for calligraphers (folio 3a).