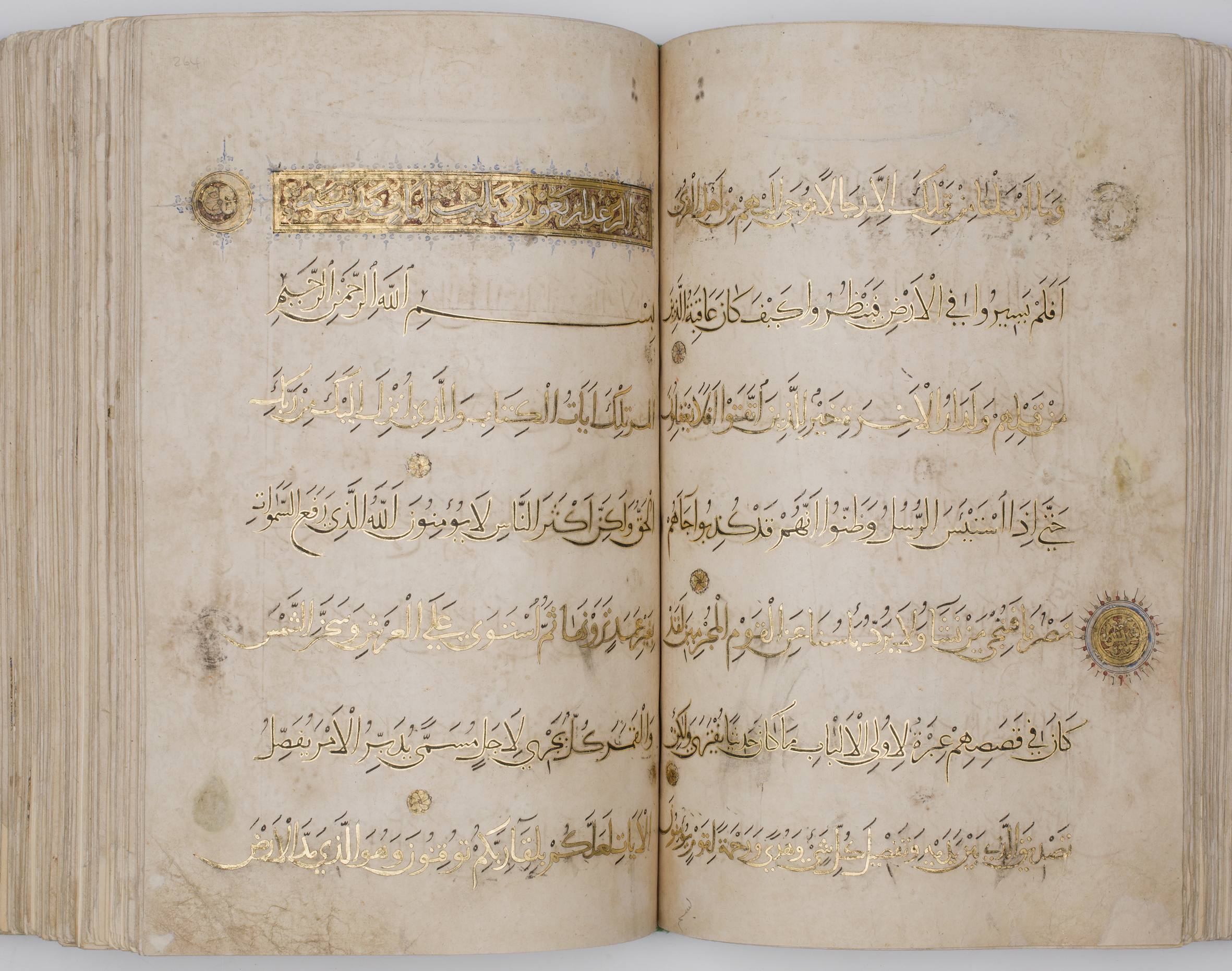 main text in muhaqqaq script, incidentals in thulth and Kufic scripts; 7 lines to the page

This remarkable manuscript was copied in an unusual muhaqqaq script, in alternate lines of gold and black. The black lettering is outlined in gold, and the gold lettering in black. The entire text was first written out in black and then every other line was gone over in gold and surrounded by a thick black line. In several places the gold has worn away to reveal the black script beneath. The vocalization, which is in black throughout, was written with a pen of a different thickness from those used for the lettering and outlining.