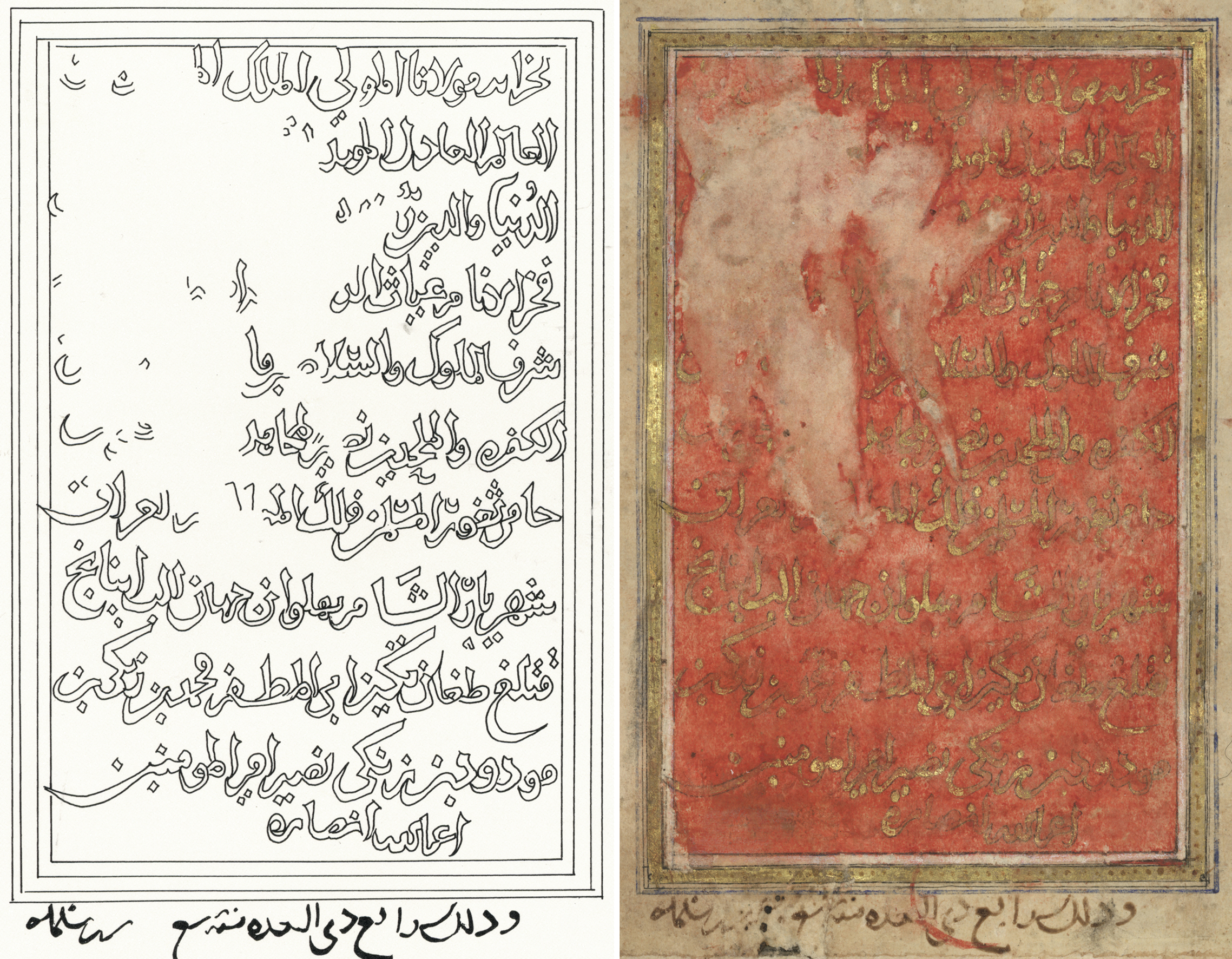 main text in thulth script; incidentals in Kufic; 5 lines to the page

Four other sections of this Qur’an survive, but the section in the Khalili Collection is the only one that retains a commissioning certificate, which was revealed during conservation work done on the manuscript since it entered the Collection. The certificate, which had been covered by red paint and concealed beneath a piece of paper, is somewhat defaced but still legible. It records that the Qur’an was copied for the library (khizanah) of the Zangid prince Qutb al-Din Abu’l-Muzaffar Muhammad ibn Zangi ibn Mawdud ibn Zangi, who ruled over Sinjar, Khabur and Nisibin in northern Mesopotamia between 1198 and 1219 AD.

Under any circumstance, this Qur’an would have been considered one of the finest 13th-century Qur’ans known, but the precise nature of its dating and provenance increases its importance greatly. Despite its geographical remoteness, the Sinjar branch of the Zangid dynasty had a flourishing artistic tradition in the illustration and illumination of secular manuscripts and in the decorative arts. Despite this, the Qur’an made for Qutb al-Din Muhammad is the only one known with certainty to have been made for the Zangid rulers of the Jazirah.

The script, a magnificent gold thulth, is most unusual in manuscripts of the Qur’an. The conspicuous use of lapis blue, one of the most expensive of medieval pigments, was to become standard in the illumination of Qur’ans, and the use of a translucent red wash to enhance the gold was to become a feature of Mamluk illumination in 14th- and 15th-century Egypt and Syria.