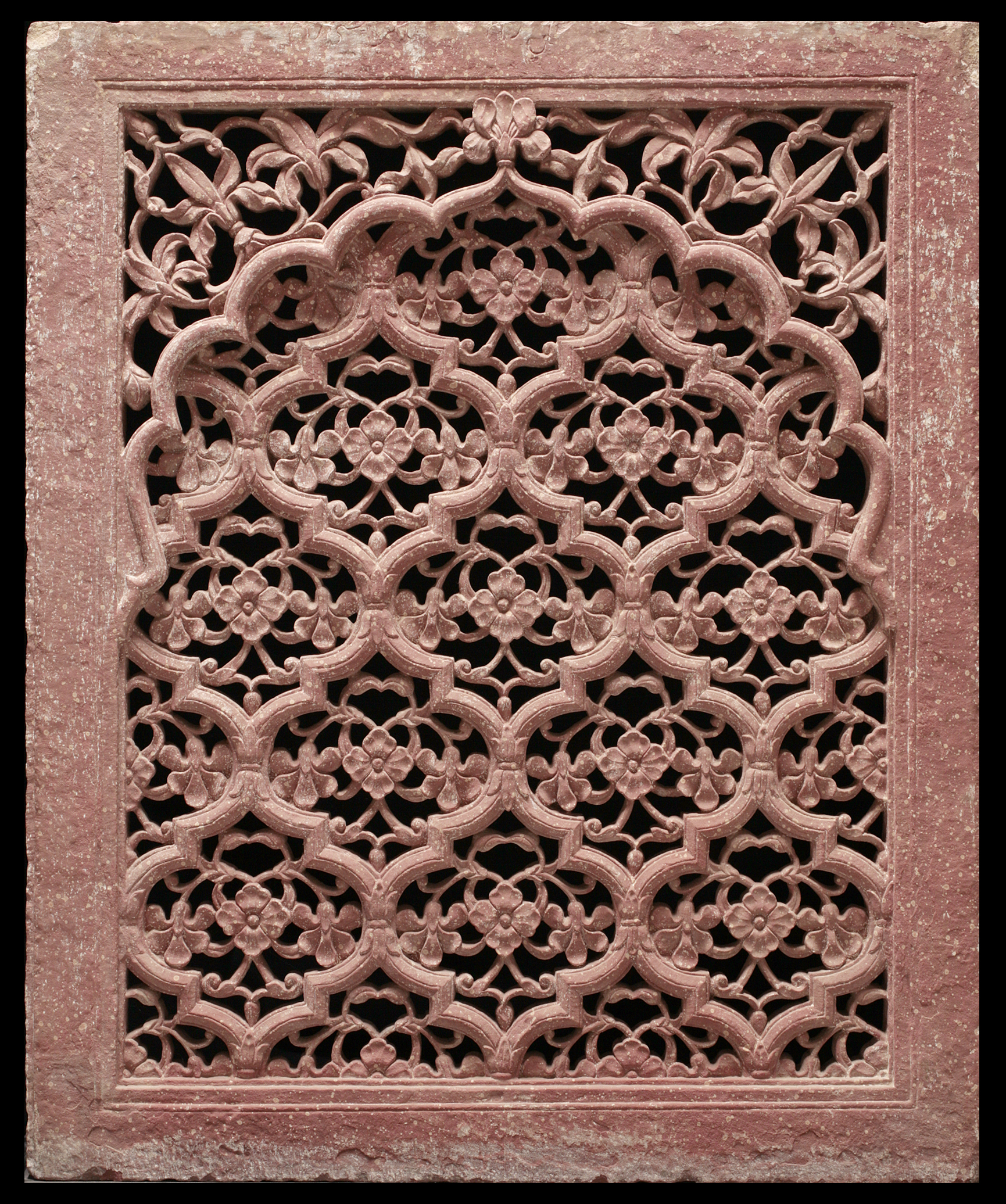 The design of this double-sided rectangular jali  consists of a lobed arch with iris and lotus finials. It is filled with a finely profiled, stepped ogival lattice enclosing 4-petalled flowers and stems flanked by irises. The deep carving is equally elaborate on both sides of the screen.

Mughal palaces had windows which were pierced, not glazed, to screen the sun and assure a cooling flow of air. In the 17th century window grilles became a conspicuous feature of facade decoration. Because they were often double-sided, they were important in interior decoration too, with their deep carving contributing variety of both texture and light.