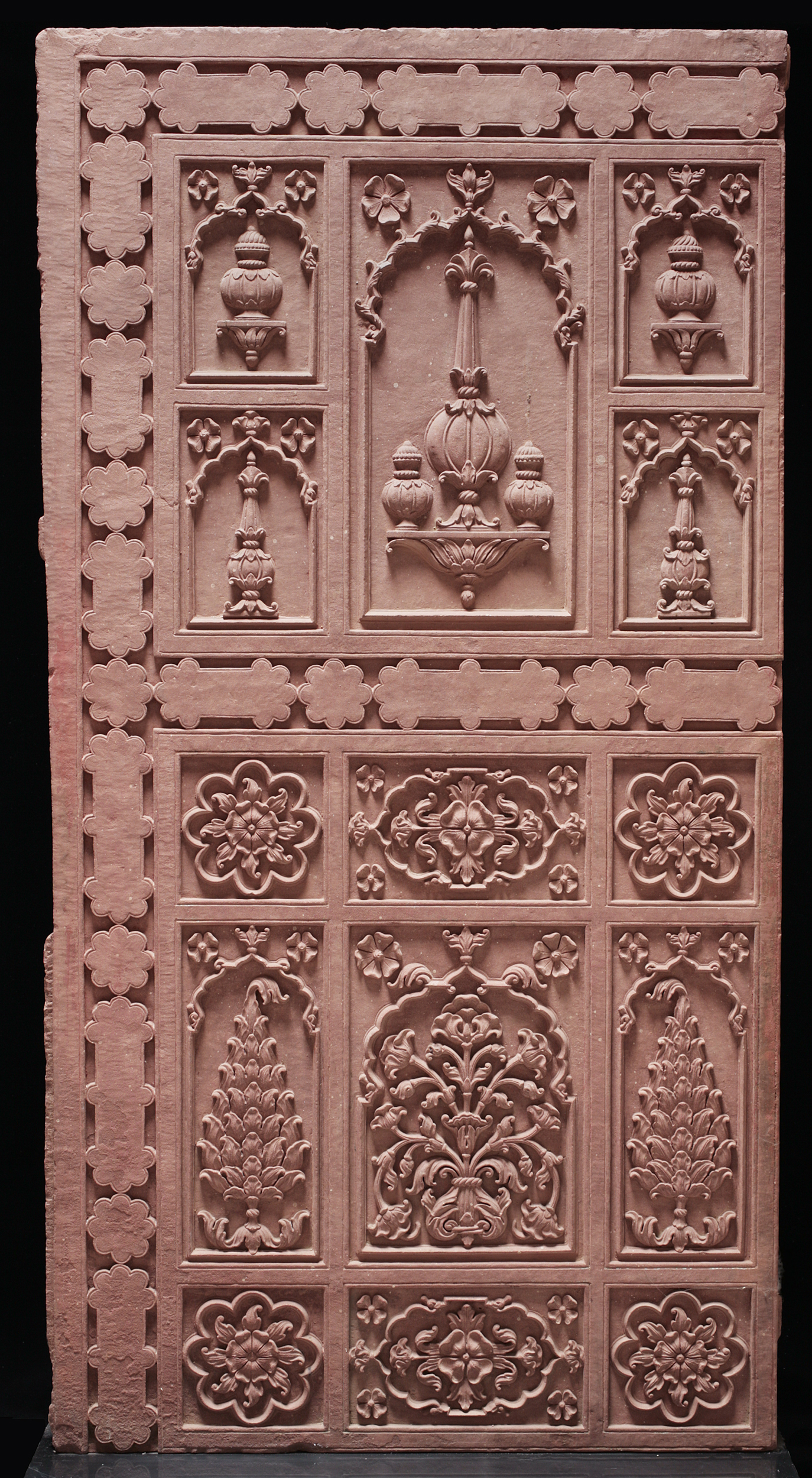 The upper half of the panel is decorated with covered jars and flasks on decorative stands in arched niches. The lower half bears foliate rosettes and stylized flowers and cypress tress. The design is based on the Chinikhanah – carved niches in which treasured objects were displayed – often depicted in Indian interiors, both Mughal and Deccani [see MSS 640]. The niches may even take the shape of vessels – particularly flasks and cups – as in the Chinikhanah at the dynastic shrine of the Safavids at Ardabil which was refurbished by Shah ‘Abbas I in 1611 to display the Chinese porcelains he had endowed to it, or the audience hall of the ‘Ali Qapu in the grandstand overlooking the central square of Isfahan, which was built a few years earlier.