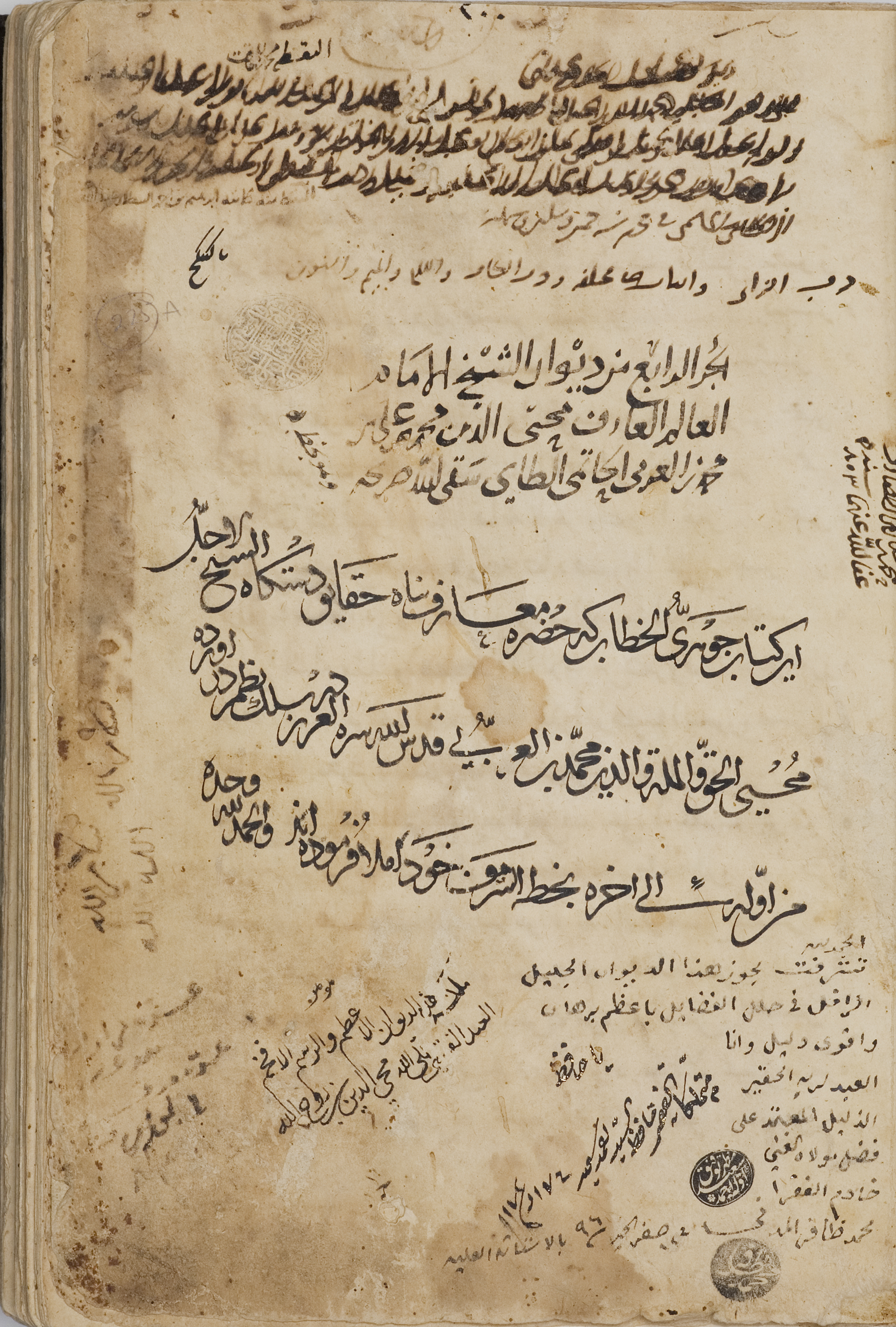 Volume Four of the Diwan of Ibn al-‘Arabi

Volume Four of the Diwan of Ibn al-‘Arabi

ink on paper; binding of re-used covers, but probably contemporary

copied in a combination of maghribi and naskh scripts; 20 lines to the page

Muhyi al-Din Ibn al-‘Arabi, one of the greatest of Muslim mystics, was born at Murcia in Spain in 1165 AD and after many wanderings ended his life at Damascus in 1240. He was a highly prolific author and his disciples propagated his teachings as far as Iran and India, though his influence was most pronounced in Anatolia. His mausoleum at Damascus was restored by the Ottoman Sultan, Selim I, whose seal appears on folio 1a of the manuscript.

This is the fourth volume of his 6-volume Diwan. It was most probably copied by author himself. At the end are a note stating that it was given several readings at Ibn al-‘Arabi’s house in Damascus and another, barely legible dated note in his own hand mentioning that he had personally sanctioned the text of his Diwan as given here.