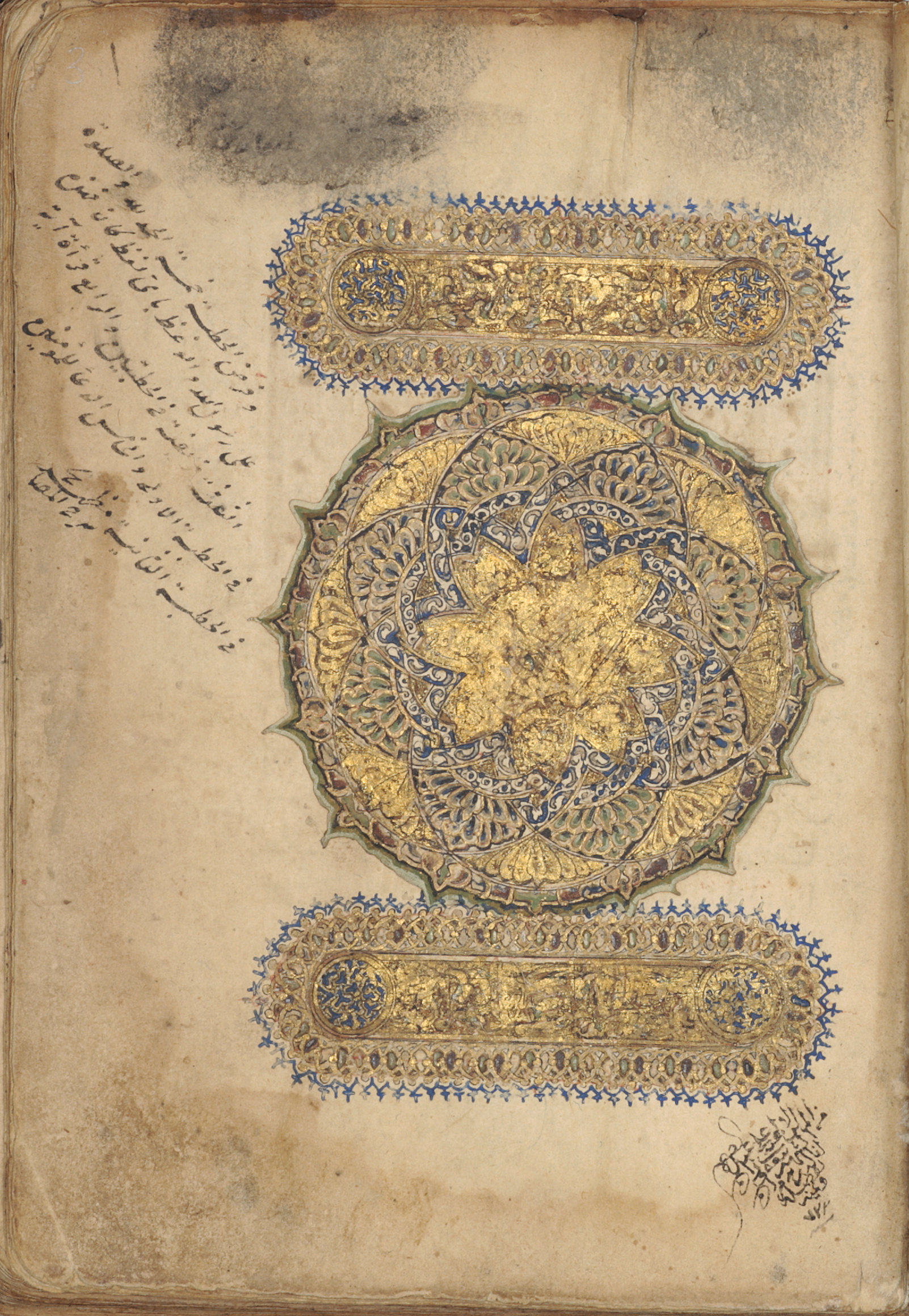 copied in naskh script; 15 lines to the page

The Masabih al-sunnah is a compendium of prophetic traditions by the Shafi‘i lawyer Abu Muhammad al-Husayn ibn Mas‘ud al-Farra’ al-Baghawi (d 516 AH/ 1122 AD). This copy opens with a table of contents followed by an illuminated page (folio 3a) with a large eight-petalled medallion with oval panels above and below. This could have borne the title of the work and its author, or possibly a commissioning notice naming the person for whom it was written. The text is in clear naskh but is particularly remarkable for its initial Kufic basmalah (folio 3b), which ranks among the finest of its kind  and demonstrates that the ability to compose such scripts persisted long after the early 10th century when they first appeared.