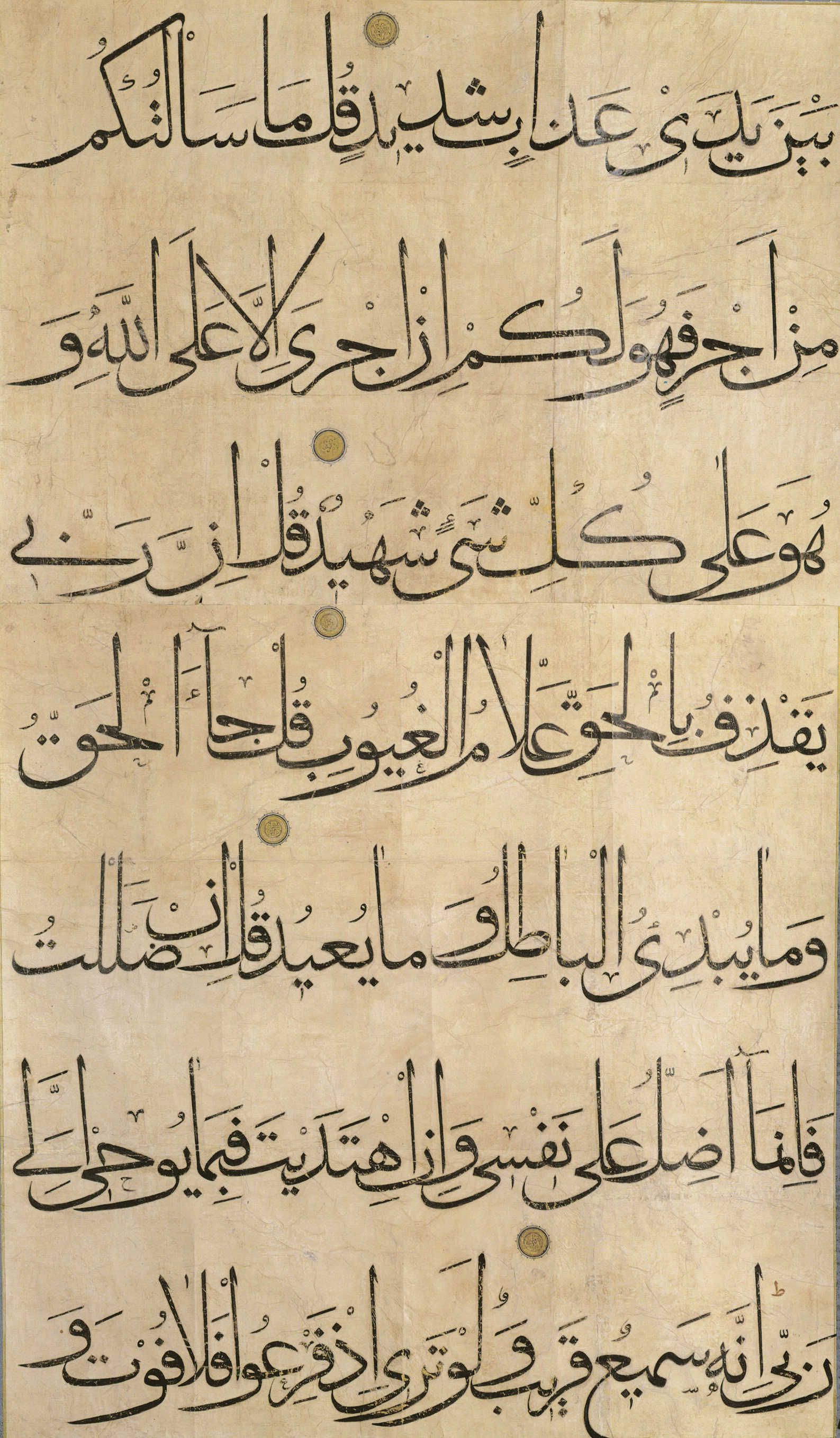 ink and gold on paper

copied in muhaqqaq script; 7 lines to the page

The text is written in fine muhaqqaq in the same size and style as the line from the ‘Baysunqur Qur’an’ [see QUR 486] and is similarly written on only one side of the paper. The paper itself, however, is of a type not known before the 17th century, and instead of being a single sheet it is made up of smaller pieces pasted down to a paper base.

It is scarcely possible that these pages, and others like it, could have been written in ignorance of the ‘Baysunqur Qur’an’, some fragments of which are known to have been brought to Tehran in the reign of the Qajar ruler, Nasir al-Din Shah (r 1848–1896). Other fragments are believed to have been rescued from the ruined imamzadah of Shahzadah Ibrahim at Quchan in Khurasan and deposited, sometime around 1912, in the library of the Astan-i Quds at Mashhad. The execution of these pages testifies to the vivacity of the classical Iranian calligraphic tradition right up to modern times.