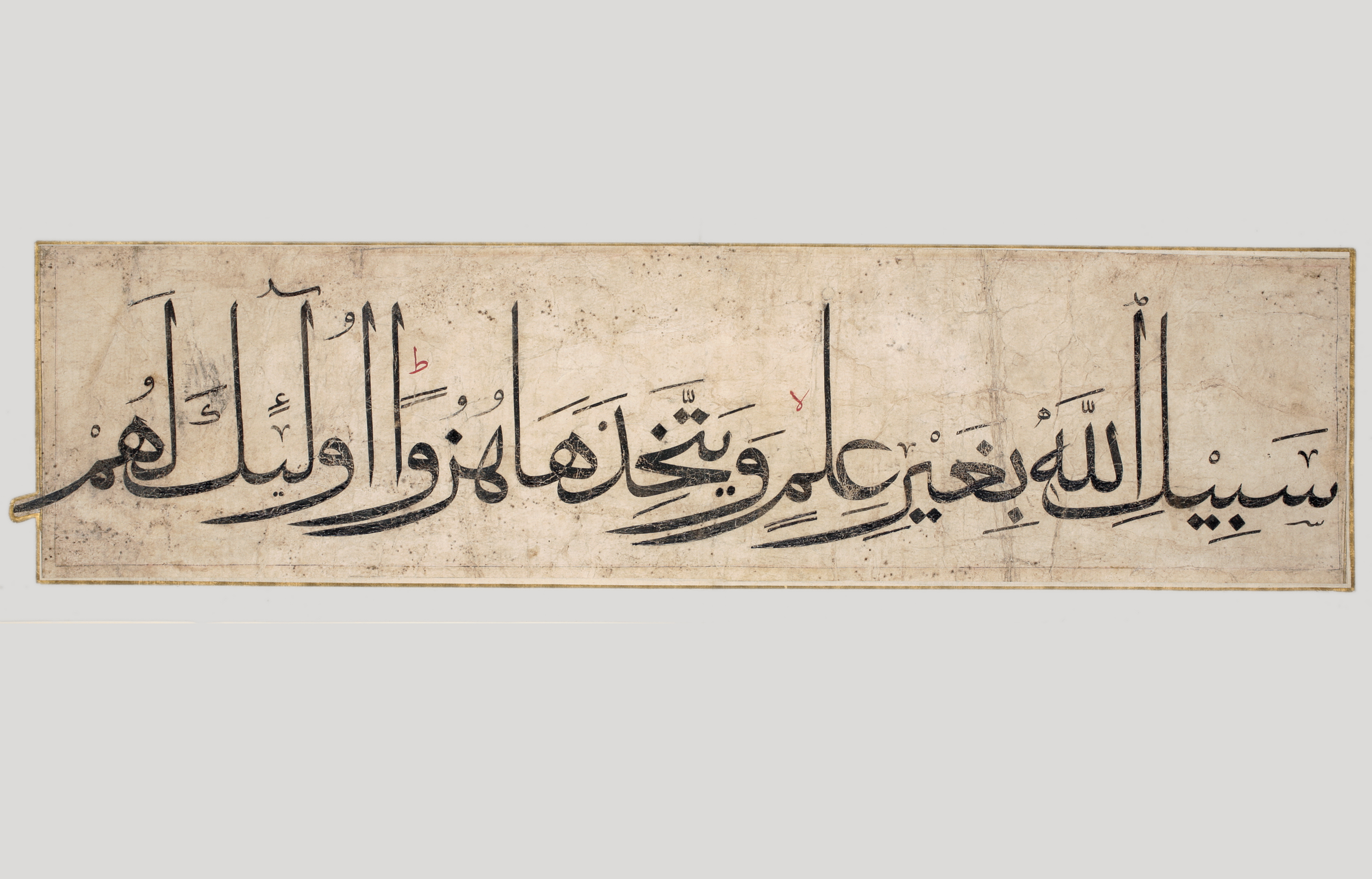 A Single Line from the So-called ‘Baysunqur Qur’an’

A Single Line from the So-called ‘Baysunqur Qur’an’

ink on paper; the gold outline is a later addition

Copied in seven lines per page, on one side only of enormous sheets of paper (almost 177 x 101cm), the so-called ‘Baysunqur Qur’an’ must have amounted to almost 800 double page spreads. Baysunqur, a son of the Timurid ruler Shah Rukh (r 1405–1447), was a famous bibliophile, calligrapher and designer of inscriptions. Even if he had succeeded in writing ten lines a day to the very exacting standard exemplified by this single line, it would have taken him at least 18 months to complete the volume, and the feat could not have passed without remark in contemporary chronicles. An alternative authorship is suggested by the Qadi Ahmad Qummi (circa 1605). The Samarkand calligrapher ‘Umar Aqta‘, who was one-handed and left-handed at that, had written a Qur’an for Tamerlane that was so small it would fit under the bezel of a signet ring. When this failed to impress, he presented Tamerlane with a giant Qur’an, each line more than a cubit in length (an ancient unit of measurement based on the distance from elbow to fingertip), which had to be delivered to the palace in a wheelbarrow. For this he was rewarded on an appropriate scale.

Two of the sheets placed side by side would in fact have fitted almost exactly onto the gigantic marble Qur’an stand commissioned for Tamerlane’s Bibi Khanum Mosque in Samarkand by his grandson, Ulugh Beg. [see QUR 596]