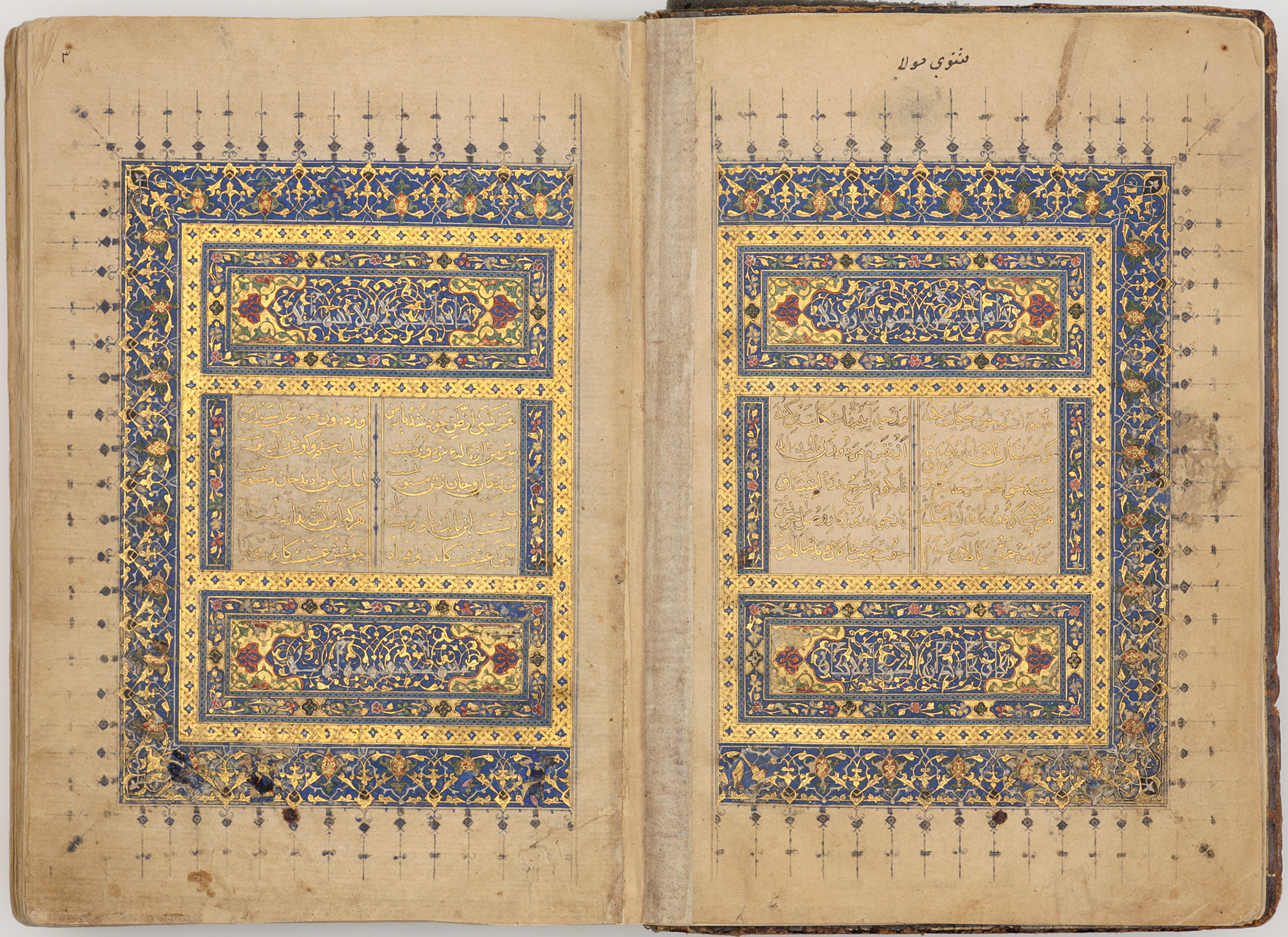 The mystic and moralist Jalal al-Din Rumi was born at Balkh in Afghanistan in 1207, but his family migrated to Anatolia in 1217 and he established himself at Konya, the capital of the Anatolian Seljuk sultanate, in 1228. He rapidly attracted a group of disciples, who formed the nucleus of what was to become the Sufi order of the Mevlevis, or the Whirling Dervishes.

Rumi’s most famous treatise was the Mathnavi, a long poem in rhymed couplets written in six books. The work achieved celebrity far beyond the bounds of Anatolia and was copied in Iran and India, often in places where the Mevlevi order had little or no influence.