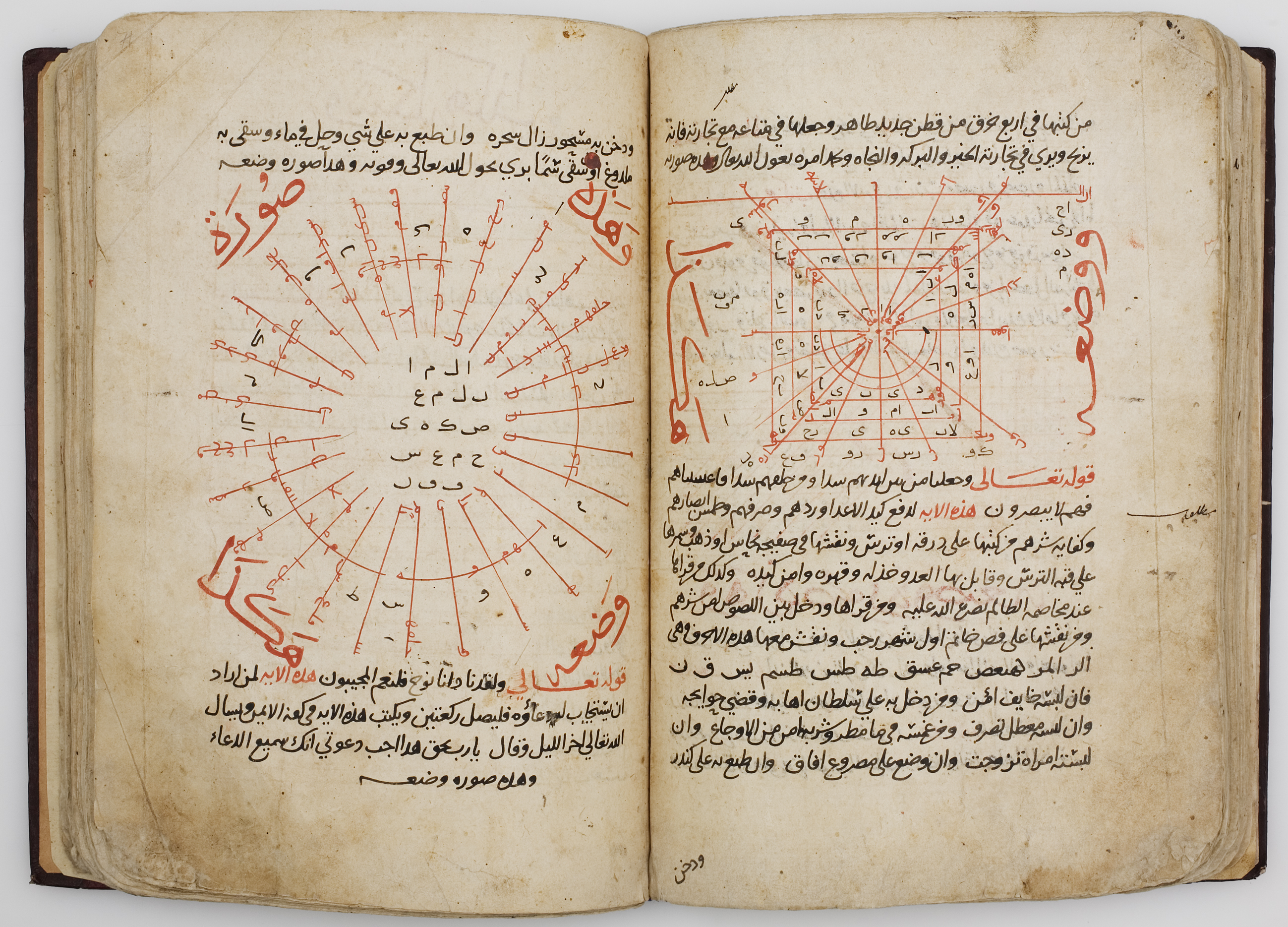 black and red ink on paper; burgundy leather binding of a later date

copied in naskh script, 21 lines to the page; with numerous diagrams

Abu’l-‘Abbas al-Buni (d 622 AH/1225 AD) was the author of works on magic, with a strong concentration on ‘magic squares’, grammatology (‘ilm al-huruf) and onomancy (‘ilm al-asma’). These were much reproduced in later Islam, from the Maghrib to Central Asia.

The treatise consists of six sections (fasls) of which the first five constitute a general introduction to the magical uses of the 99 names of God, the al-asma’ al-husna. The sixth concerns specific talismans  employing the divine names, individual verses of the Qur’an and their talismanic use, and a general discussion of magical alphabets. It presents magic squares and talismanic diagrams efficacious in a variety of situations, such as assuring safety on board ship, victory in battle, averting plague, controlling fever, quelling the crying of children and preventing epileptic seizures.