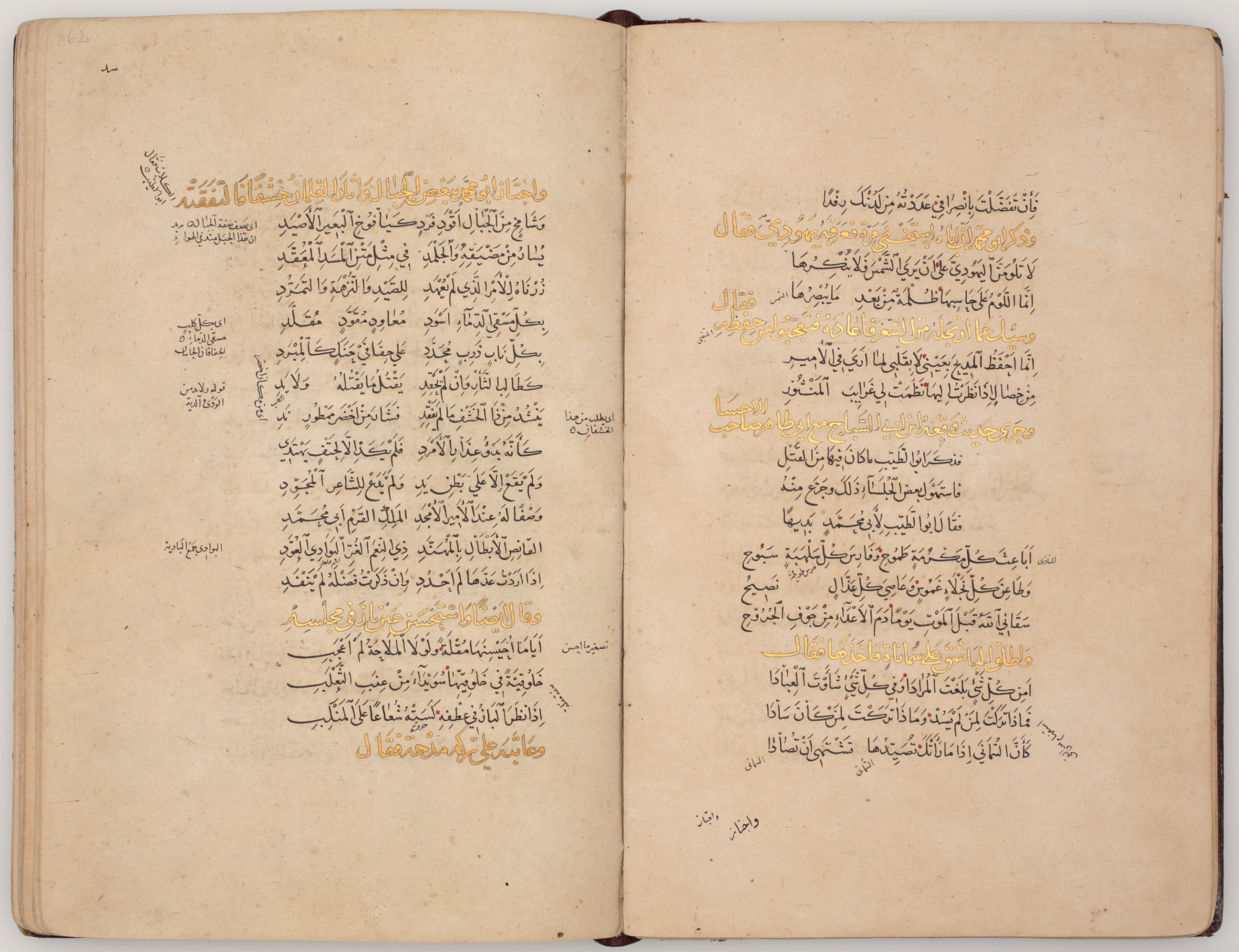 The Diwan (Complete Poems) of al-Mutanabbi

The Diwan (Complete Poems) of al-Mutanabbi

copied in naskh script; 18 lines to the page

The manuscript is divided into two parts, each with a title page (folios 1b and 74a) and colophon. The scribe signs himself as Abu’l-Mahasin Muhammad ibn Sa‘d ibn Muhammad, known as Ibn al-Savaji, and states that he wrote it for his beloved son. He was evidently a relative of the Mongol vizier, Sa‘d al-Din al-Savaji, one of the colleagues and rivals of Rashid al-Din, who was executed in Shawwal 711 (February 1312). On his disgrace, his family fled to the north of Iran. This doubtless explains why Ibn al-Savaji copied this manuscript in the remote city of Nakhjavan, although its superb illumination may have been added in Baghdad on his return to favour.

The title page (folio 1a) has a central panel of gold on deep lapis blue, with the dedicatory inscription on a ground of tight spiral scrolls, which equals the best Baghdad work of the early 14th century. The complete poems are arranged in rough chronological order, rather than the more usual strict alphabetical order. The text has, however, been beautifully laid out, with full provision for both marginal and interlinear glosses.