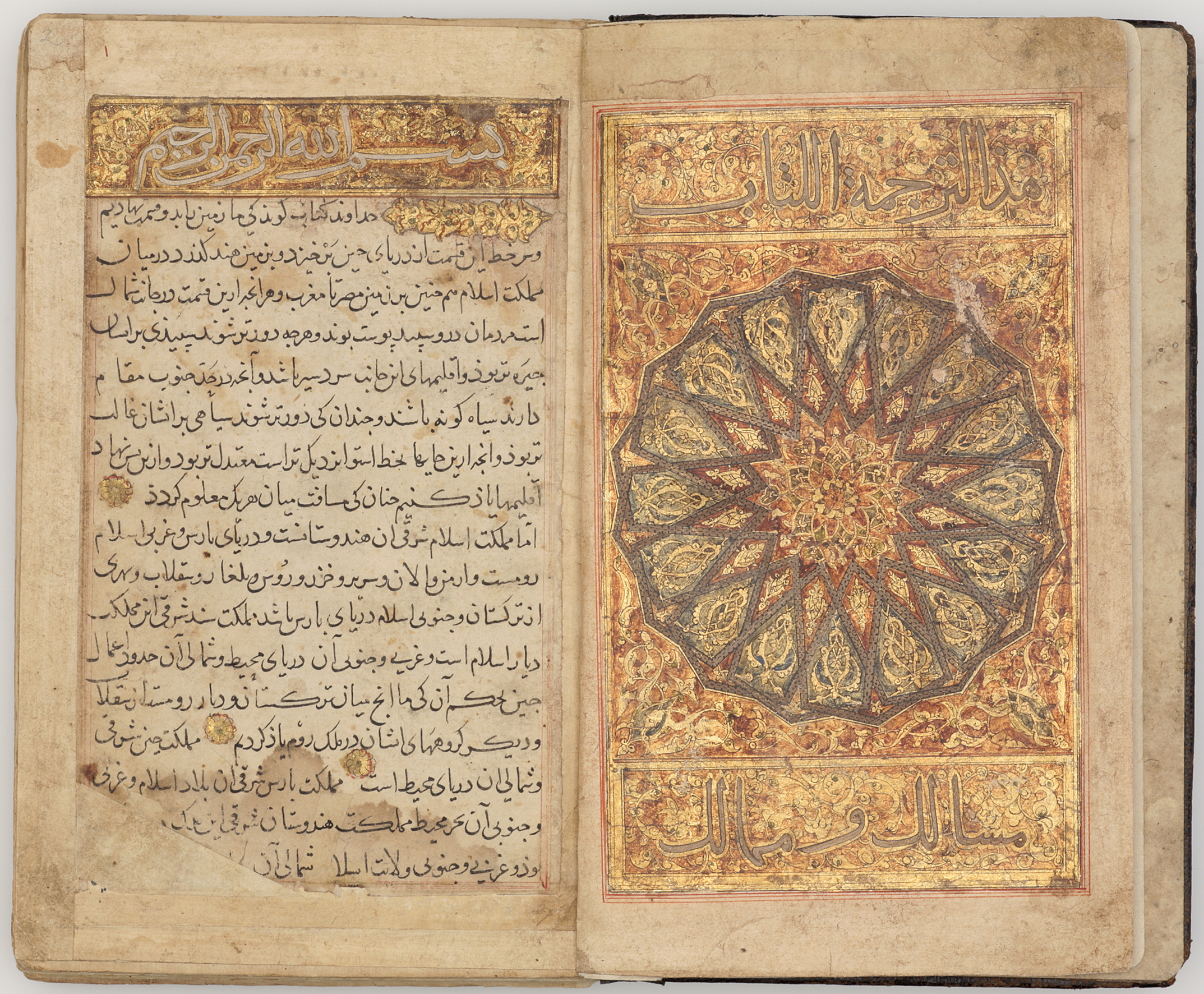 The 10th-century Persian geographer al-Istakhri was one of the most important figures in the evolution of Arab cartography. He travelled widely, but his account of Arabia (Hijaz, Yemen and the Gulf) is curiously sketchy, particularly given the importance of the Pilgrimage. This is partly because, as the title of this treatise, Kitab al-masalik wa’l-mamalik (‘the book of postal routes and kingdoms’), suggests, it is based on lists of stations on the postal routes of the Abbasid heartlands and in Iran, which were not available for Arabia and Egypt.

In its present state the manuscript is incomplete. It opens with a splendid page of illumination  in gold and silver, and on the penultimate page (folio 120a) is a colophon with the date 706 AH, possibly a later addition. It contains the following maps: Arabia (Hijaz, Yemen and the Gulf); Egypt; the Mediterranean (Bahr-i Rum); Iraq (central and upper Mesopotamia); Khuzistan; Fars; Kirman; Sind; lower Mesopotamia and western Iran  (‘Iraq-i ‘Ajam); Tabaristan; the Caspian; the central Iranian desert between Fars and Khurasan; Khurasan; Central Asia, from Transcaspia to beyond Bukhara; Ceylon (Sarandib), with Adam’s Peak and the west coast of India. The map of Sind is a later replacement, and a number of maps announced in the text are now missing. They were obviously lost when the original manuscript was unbound, perhaps for repairs, and the remaining folios rebound in the wrong order.