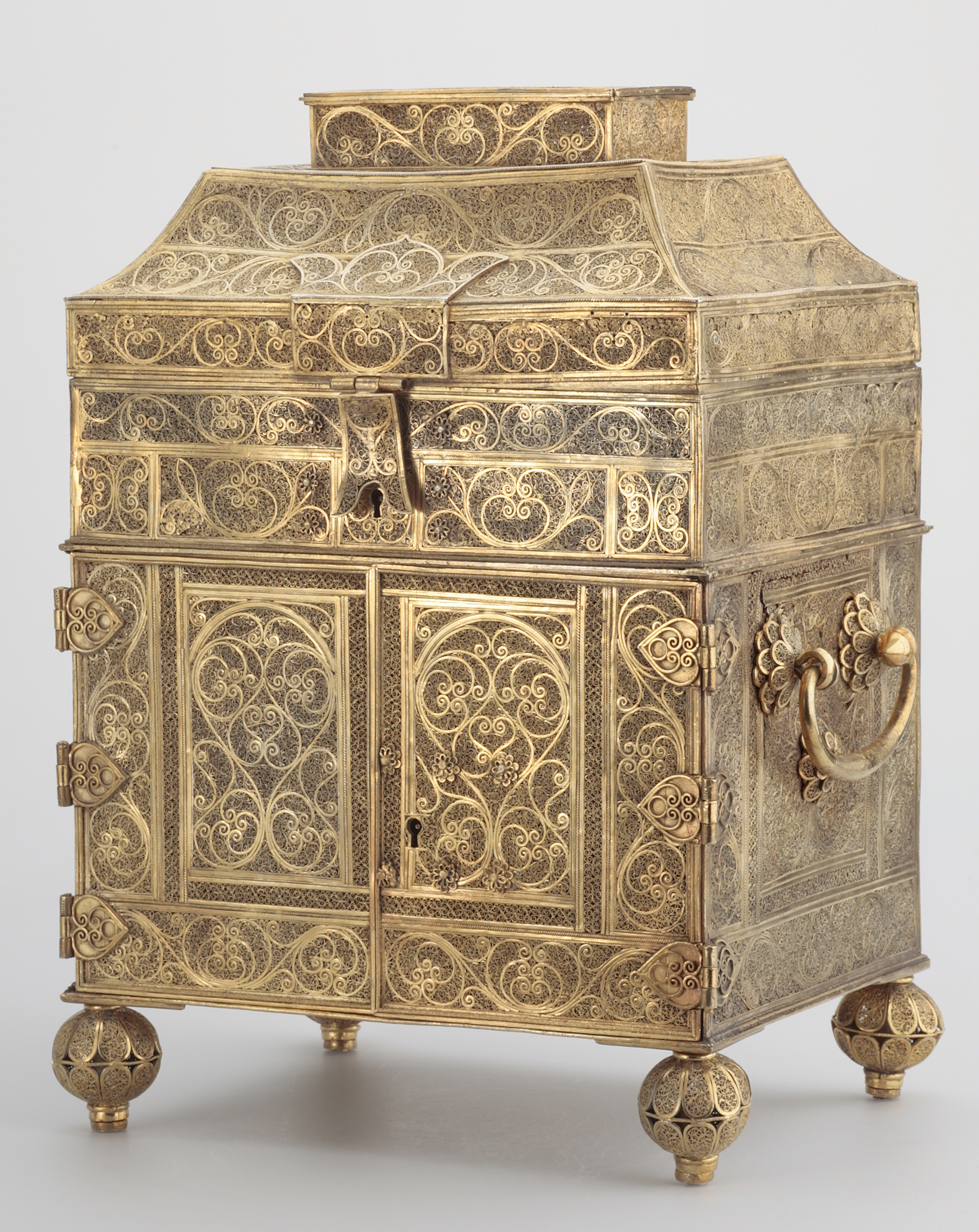 The hinged gabled lid lifts up to reveal a shallow drawer, while the doors at the front open to reveal two further drawers. Both the upper and lower sections could be locked, suggesting that the cabinet was used to hold jewels. The model was European and it was obviously made for a European owner, but its technique suggests the work of a craftsman from Muslim Gujarat, where there was a long tradition of filigree work. A writing cabinet of comparable workmanship, also on ball feet but more indebted to classical models, is listed in a Habsburg inventory of 1760, but such Indian cabinets were also imported into Portugal by the late 16th century.