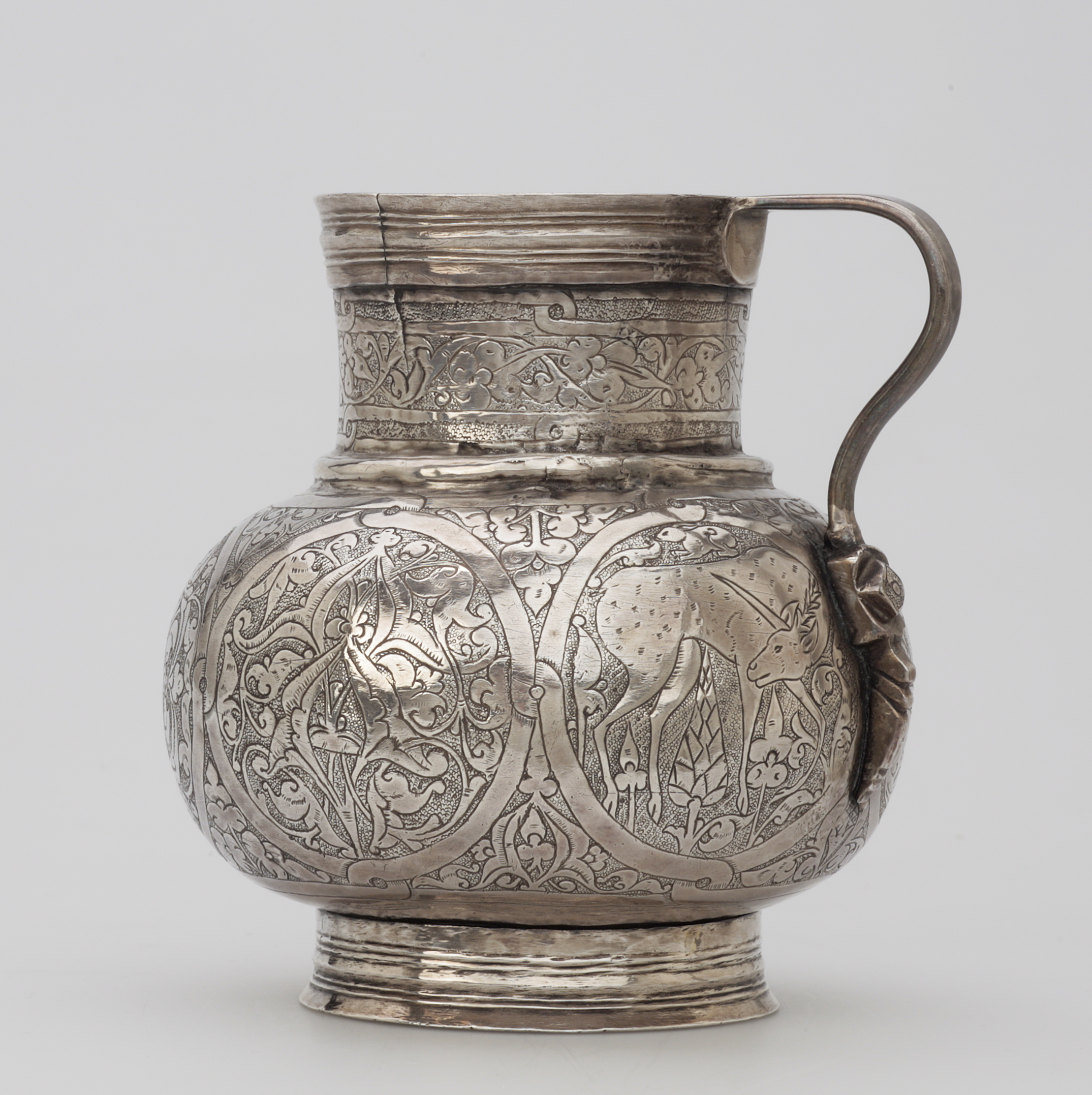 Ottoman Turkey, Anatolia or the Balkans

Ottoman Turkey, Anatolia or the Balkans

silver, spun on a lathe and engraved, with chased detail

The sub-globular body bears six circular medallions with plain borders knotting at the sides, above and below. All but one of these are filled with compositions of entire or split palmettes, some of them in the form of trees which, no doubt fortuitously, are somewhat reminiscent of the decoration of Sasanian silver. The split-palmette motifs are more coarsely executed than those found in Qur’anic illumination of the period of the reign of Bayezid II (886–918 AH/ 1481–1512 AD), but they are closely related to the decoration of blue-and-white pottery also attributed to that period; the rib at the shoulders, which seems to derive from the luting band of pottery vessels, suggests that they may well be copied from ceramics. The remaining medallion contains a deer-like animal with two different horns, one of a unicorn and one of a stag. Above it is a crouching rabbit, while the stylized trees below include a cypress. The backgrounds are ring-punched.

Many silver vessels such as this are stamped with the tughras (calligraphic signatures) of Bayezid II (r 1481–1512) or Selim I (r 1512–1520) but hoards excavated in Hungary suggest they were probably made throughout the 16th century. Their decoration varies considerably and it is highly probable that they were made in provincial as well as metropolitan workshops. The present piece is interesting not only on account of its figural ornament but also because it is apparently the only one of the group not to bear a stamped tughra. The Ottoman practice of stamping silver with a tughra does not appear to pre-date the reign of Bayezid II and its absence here may or may not be chronologically significant.