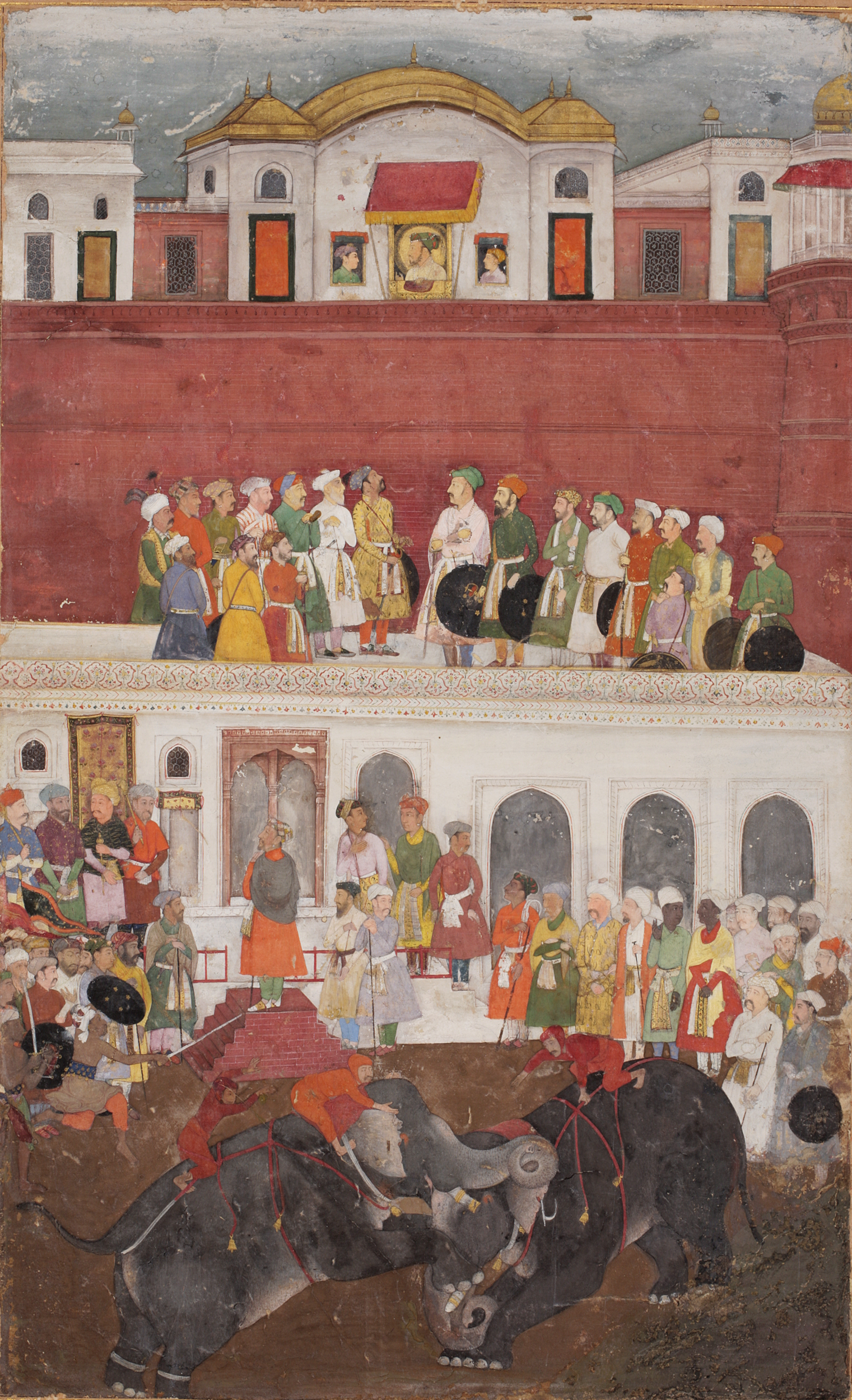 Shah Jahan Watches an Elephant Fight, from the Padshahnamah

MSS 900, detail showing Shah Jahan and two of his sons

Shah Jahan Watches an Elephant Fight, from the Padshahnamah

opaque watercolour and gold on paper; mounted as an album page on thin card

The vogue for memoirs at the Mughal court, both autobiographies and detailed court chronicles, was set by Babur, the founder of the dynasty, and under Akbar and Jahangir these were lavishly illustrated. The most brilliant of them is the Padshahnamah (now in the Royal Library at Windsor), copied by ‘Abd al-Hamid Lahawri in 1067 AH (1656–7 AD), covering the first decade of Shah Jahan’s reign. Its 44 illustrations form a complete set, but other illustrations to it, like the present page, remained in circulation until the mid 18th century and were reused in court albums or incorporated into other dynastic manuscripts.

Here Shah Jahan is shown at his viewing window (jharoka-i darshan) in the Red Fort at Agra with two of his sons, probably Shah Shuja‘ and Dara Shikoh. To either side are red sandstone jalis [see MXD 260]. On the roof of the white marble pavilion in the foreground is a group of spectators, including a figure in a white turban at the left, who has been identified as a Safavid ambassador, Muhammad ‘Ali Beg. The scene probably depicts the celebrations of Shah Jahan’s lunar birthday on 23 October 1632, although the painting itself could have been executed as much as ten years later.

The reverse bears a stylized floral composition within ruled borders.