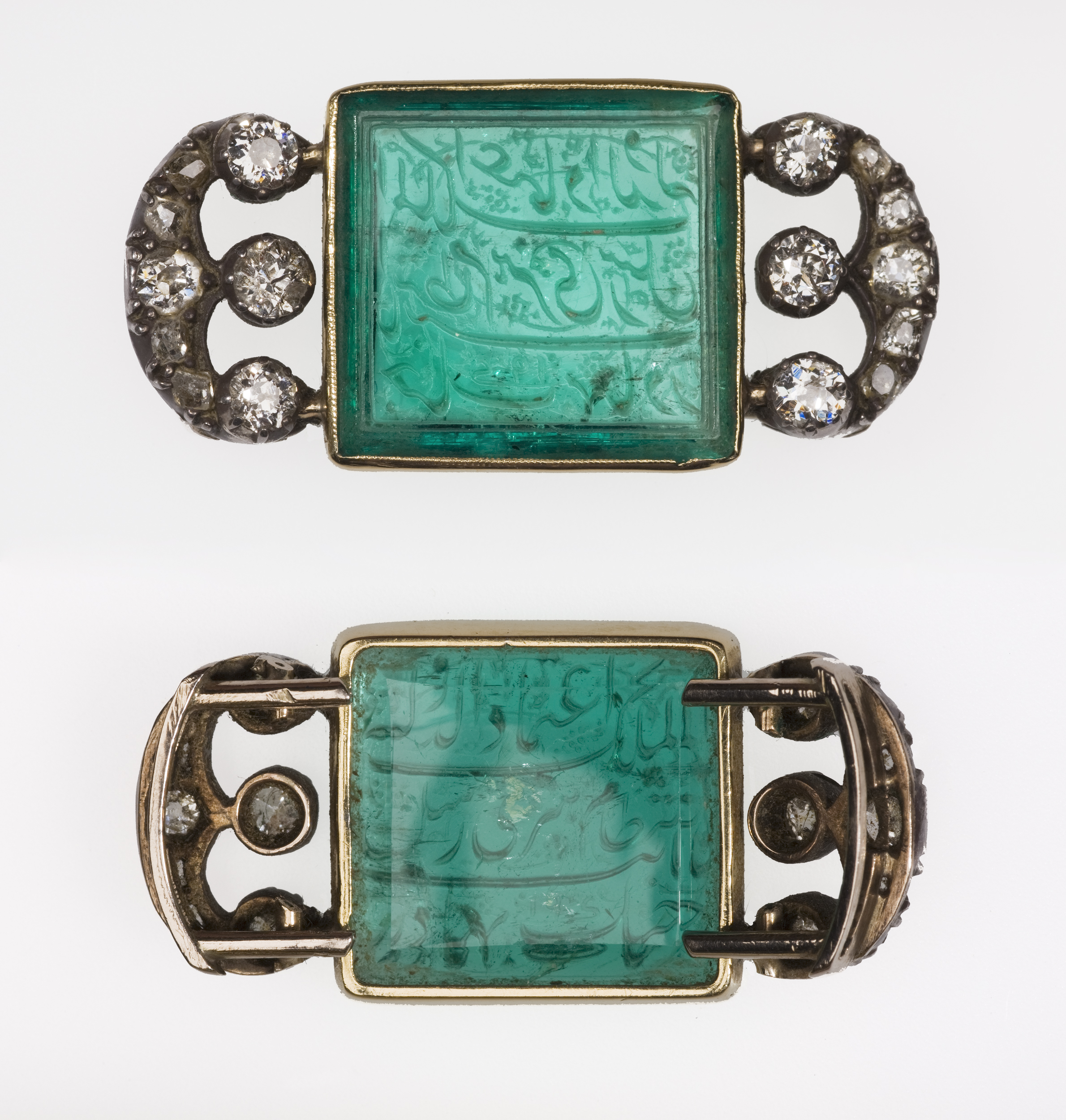 Seal of Sir Henry Russell, Mounted as a Clasp

Seal of Sir Henry Russell, Mounted as a Clasp

The emerald, which has been mounted as an element of a clasp, is apple green in colour and has few imperfections. It is engraved with a three-line inscription in nasta‘liq script, Intizam al-Mulk I‘timad al-Dawlah Henry Russell Na’ib Jang Bahadur 1219 (‘The valiant, the Administrator of the Kingdom, the Pillar of the State, Henry Russell, deputy Commander-in-chief, 1219 [1804–5 AD]’).

Sir Henry Russell, whose father was the Chief Justice of Bengal, was born in 1783 and moved to Calcutta when he was 15 years old. While in India he occupied various positions, including that of Assistant and Chief Secretary (1801–5) to James Kirkpatrick, the Resident at Hyderabad from 1798 to 1805. He apparently received this emerald seal while at Hyderabad.