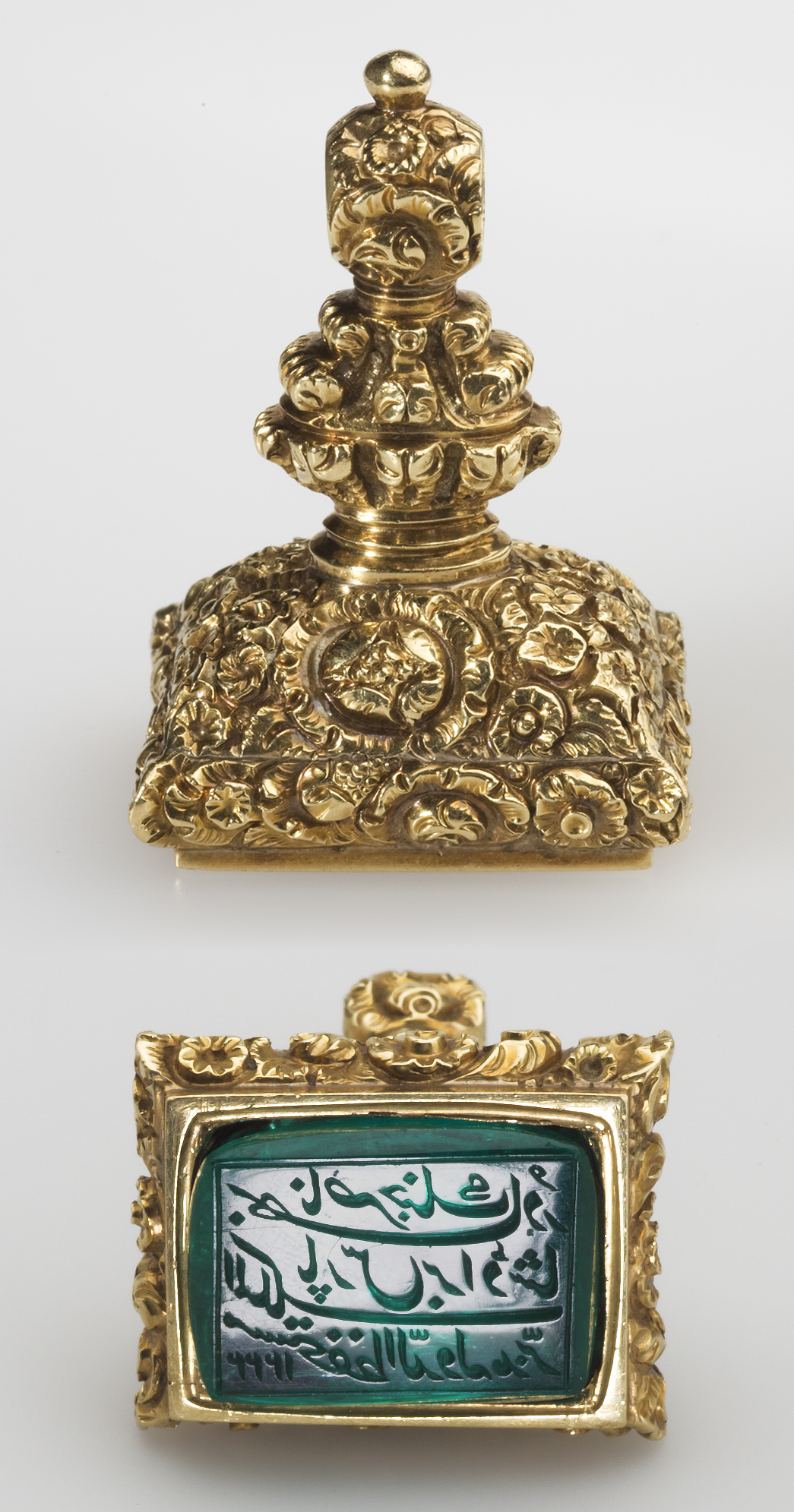 This emerald seal was given by Sa‘adat ‘Ali Khan, the Nawab of Awadh (r 1798–1814) to the First Secretary and later Acting Resident for the East India Company at Lucknow, Lieutenant-Colonel Paris Bradshaw (circa 1766–1822) for his services to the court. The inscription, in fine nasta‘liq script, reads, Mustahfiz al-Dawlah Mudabbir al-Mulk Paris Bradshaw Bahadur Nasir Jang 1222 (‘Paris Bradshaw, Guardian of the State, Governor of the Kingdom, Conqueror in Battle, preserved by fortune 1222 [1807–8 AD]’).

The unmarked gold mount may have been commissioned when Bradshaw visited London in 1817.