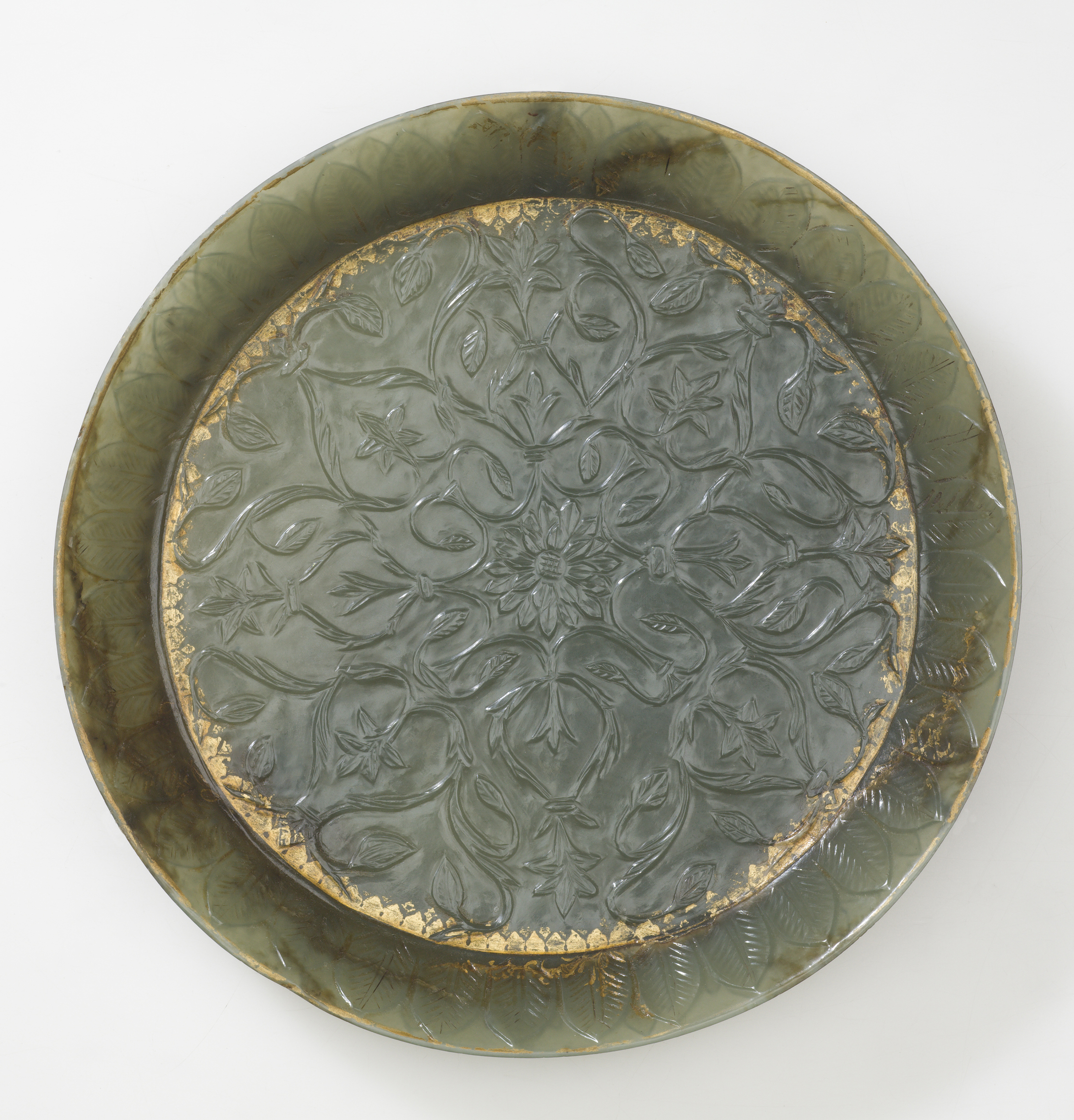 nephrite, carved and gilded, the metal mounts a later addition

Jade plates and salvers were among the types of objects made by Mughal carvers, although the distinctive Mughal character of the pattern seen in this green nephrite plate contrasts greatly with some known examples. The main surface is carved with a fluid vegetal pattern surrounding a central multi-petalled flower. The outer face of the flaring cavetto is decorated with a series of leaves loosely inspired by acanthus. The petals on the internal face, however, seem to be closer to the lotus flower, though they show an arrangement of veins typically found in leaves.

The gold decoration now only covers a narow band at the border of the cavetto, but traces in the cavetto as well as in the rim show that they were also completely gilded. The gilding of jade in a Mughal or an East Asian context is highly unusual and apparently has no parallels, and it is probable therefore that the plate was gilded at a later stage.