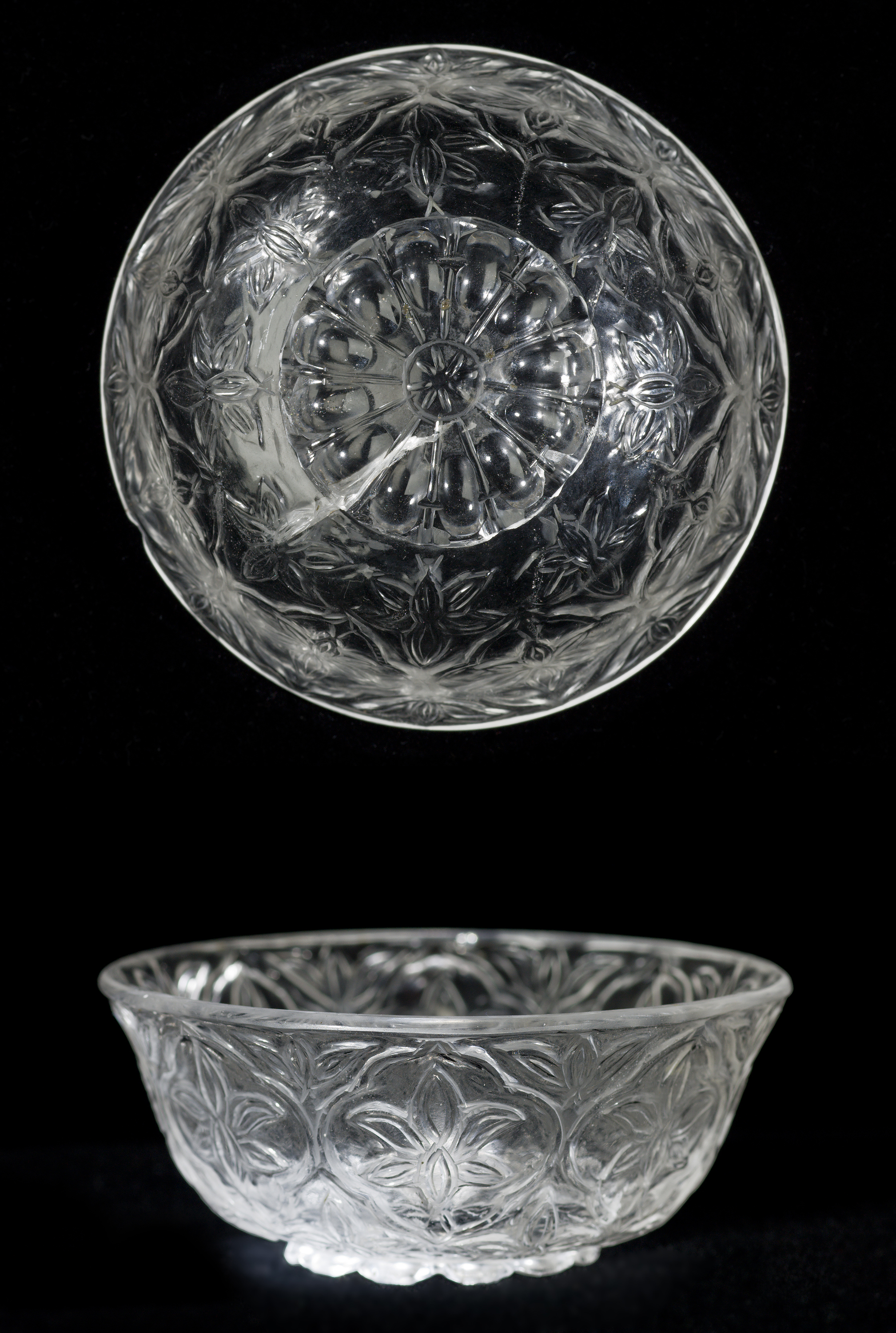 Although there are many literary references to rock-crystal objects at the Mughal court, extant pieces of imperial quality made in the courtly workshops are extremely rare. The delicacy of the material is partly responsible for such scarcity, but it is also possible that Indian carvers did not have at their disposal large blocks of high-quality quartz, which were available, for example, to their European counterparts during the Renaissance period. The small size of the bowl in the Khalili Collection sustains such a supposition.

The shape of the bowl derives from Chinese models in use since at least the Song dynasty and reproduced by Mughal lapidaries, in this and in other materials, notably nephrite. The carved decoration on the bowl follows well-known 18th-century models. The same type of iris flower within a trellis pattern is found in a series of fine jade huqqahs. The foot is carved as a multi-petal flower.