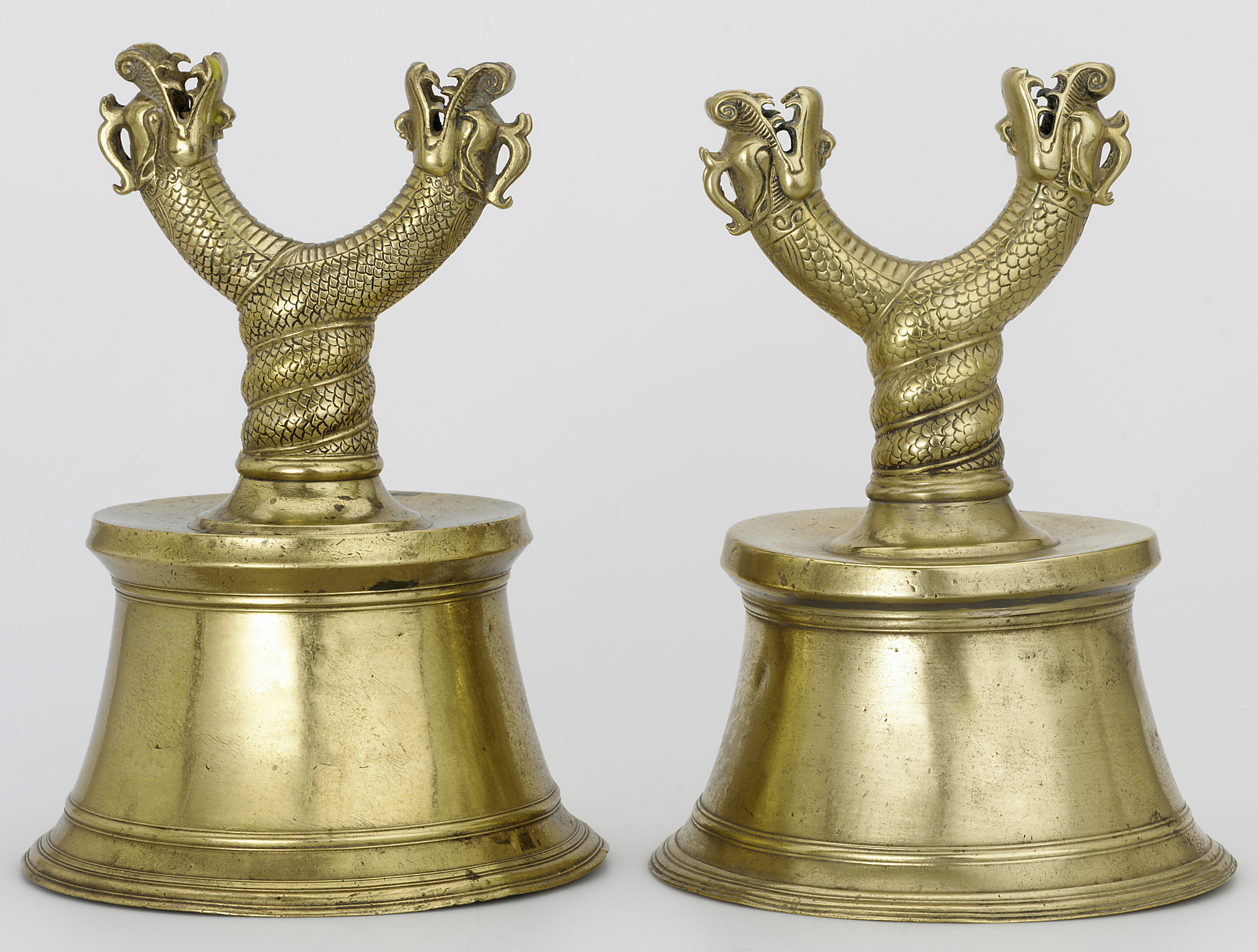 The dragon-head candle sockets suggest Timurid associations. The bell-shaped bases, on the other hand, are much closer to Mamluk candlesticks than to traditional Iranian shapes and probably reflect the work of Syrian craftsmen deported by Timur when he sacked Damascus in 1393 and sent to work on his buildings in Central Asia. Three such candlesticks bear dates between 1467 and 1488, but there is one in the shrine of the Sufi saint Ahmad Yasavi at Gorod Turkistan in Kazakhstan, dedicated by Timur, who restored the shrine in 1397.