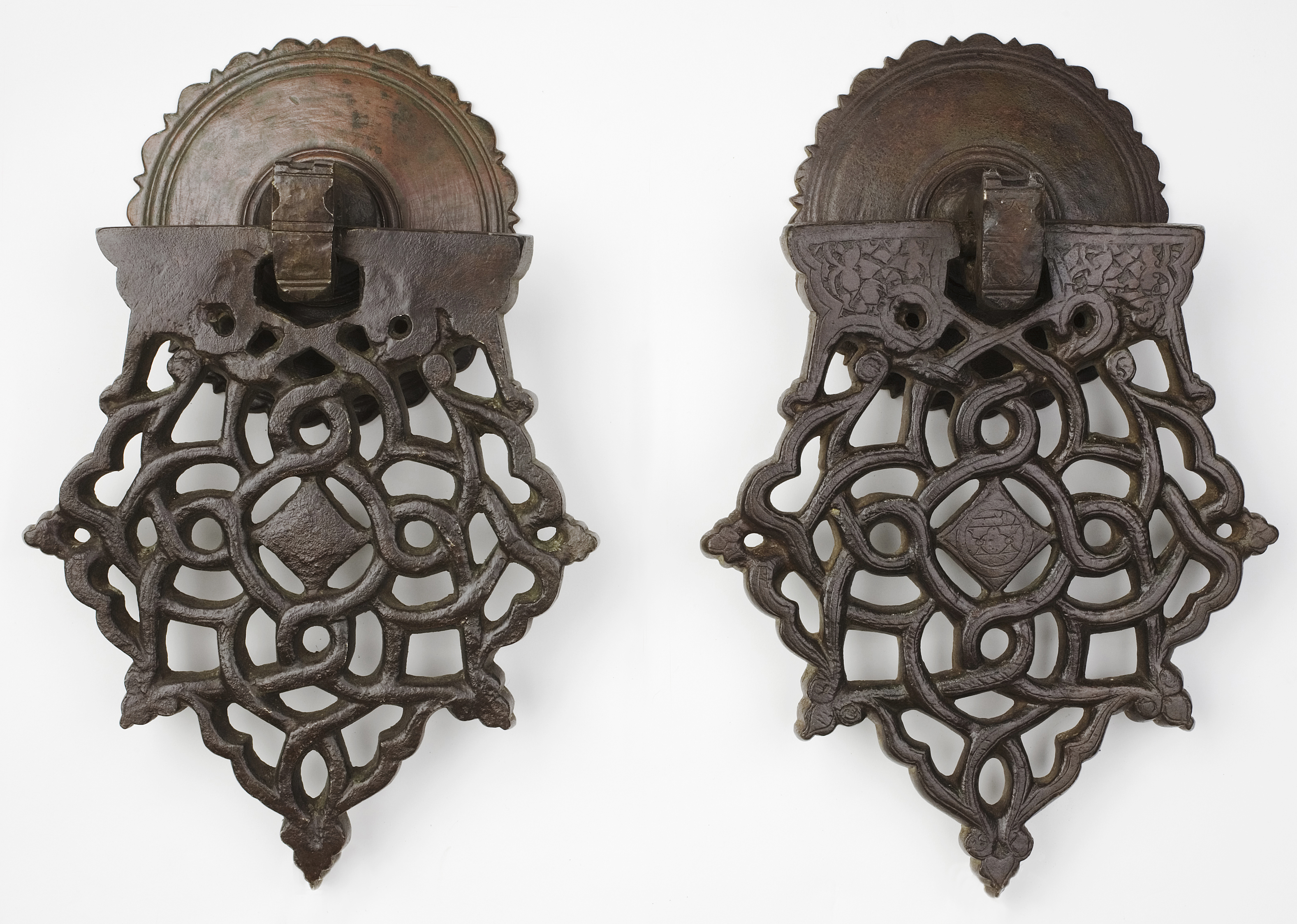 brass or bronze, cast and engraved

The door-knockers are in the form of openwork lozenges on an axial boss in the form of a stylised lion’s head. They bear no inscription, but at the centre is the composite three-field blazon of a Mamluk amir, with the pen box of a secretary in the Chancery (dawadar), two cups of a cup-bearer (saqi) and the napkin of the head of the royal pantry (amir tishtkhanah). This blazon is recorded on the pious foundations of a number of 15th-century amirs in Egypt and Syria.

The half-palmettes are still recognisably indebted to the type of volutes resembling the gaping jaws of dragons seen, for example, on the suspension bracket for an astronomical instrument [see MTW 825], and through these to dragon ‘door-handles’ [see MTW 1407, MTW 1428]. In this context it is significant that the engineer al-Jazari’s original design for the dragon door-handles of the Artuqid palace at Diyarbekir also depicts them with an axial boss in the form of a lion’s head.