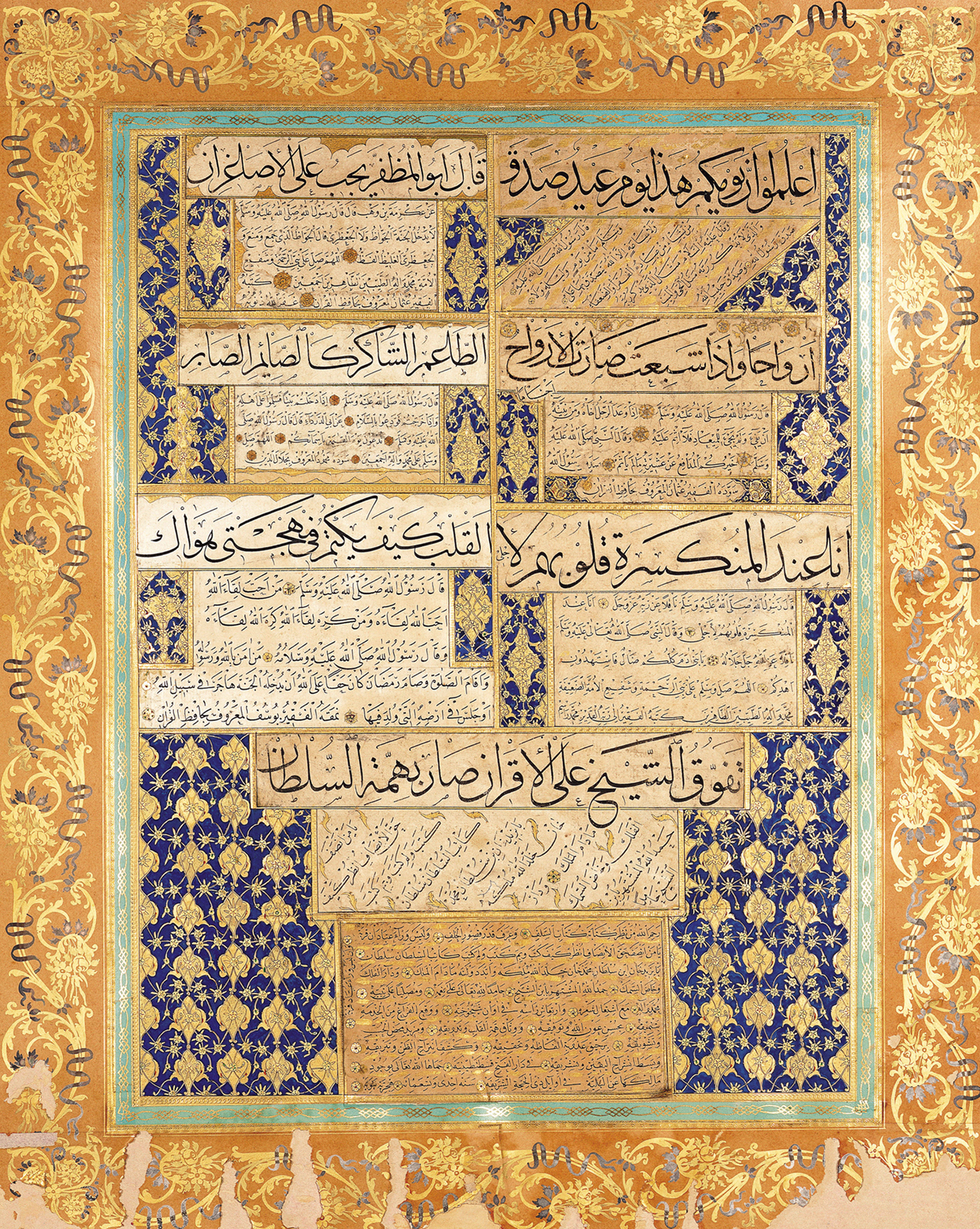 The page is made up of eight separate pieces, which were trimmed and pasted onto separate sheets of paper before being mounted on a single sheet of card. Other pieces of paper were used to fill up the gaps and then illuminated. The seams were then covered with gold-embossed paper ribbon.

The earliest of the calligraphers here is Shaykh Hamdullah al-Amasi (d. 1520), who is considered to be the founder of the Ottoman calligraphic tradition. His work is represented by two pieces (last two panels), one of which is dated early dhu’l-Qa‘dah 901 (11–20 August 1496). Next is Hafiz ‘Uthman (1642–98), who studied Hamdullah’s work and was the main transmitter of his practice. His work is also represented by two pieces (top left and 2nd from the top, right). The fifth piece (3rd from the top, left) was signed by Hafiz Yusuf, who was also known as Imam Yusuf. He was a contemporary of Hafiz ‘Uthman and teacher of Müstakim-zade, the Ottoman scholar and connoisseur of calligraphy. He taught calligraphy to his son, Muhammad Rasim (1687–1755), who signed the sixth piece (3rd from the top, right). In 1737, he was appointed teacher of calligraphy at the imperial palace. The 7th piece (2nd from the top, left) is signed by Mahmud Jalaluddin (d. 1829). He was unique among 18th- and 19th-century Ottoman calligraphers in being virtually self-taught, mastering the art by copying the work of Shaykh Hamdullah and Hafiz ‘Uthman [see CAL 244]. The final piece (top right) is unsigned.