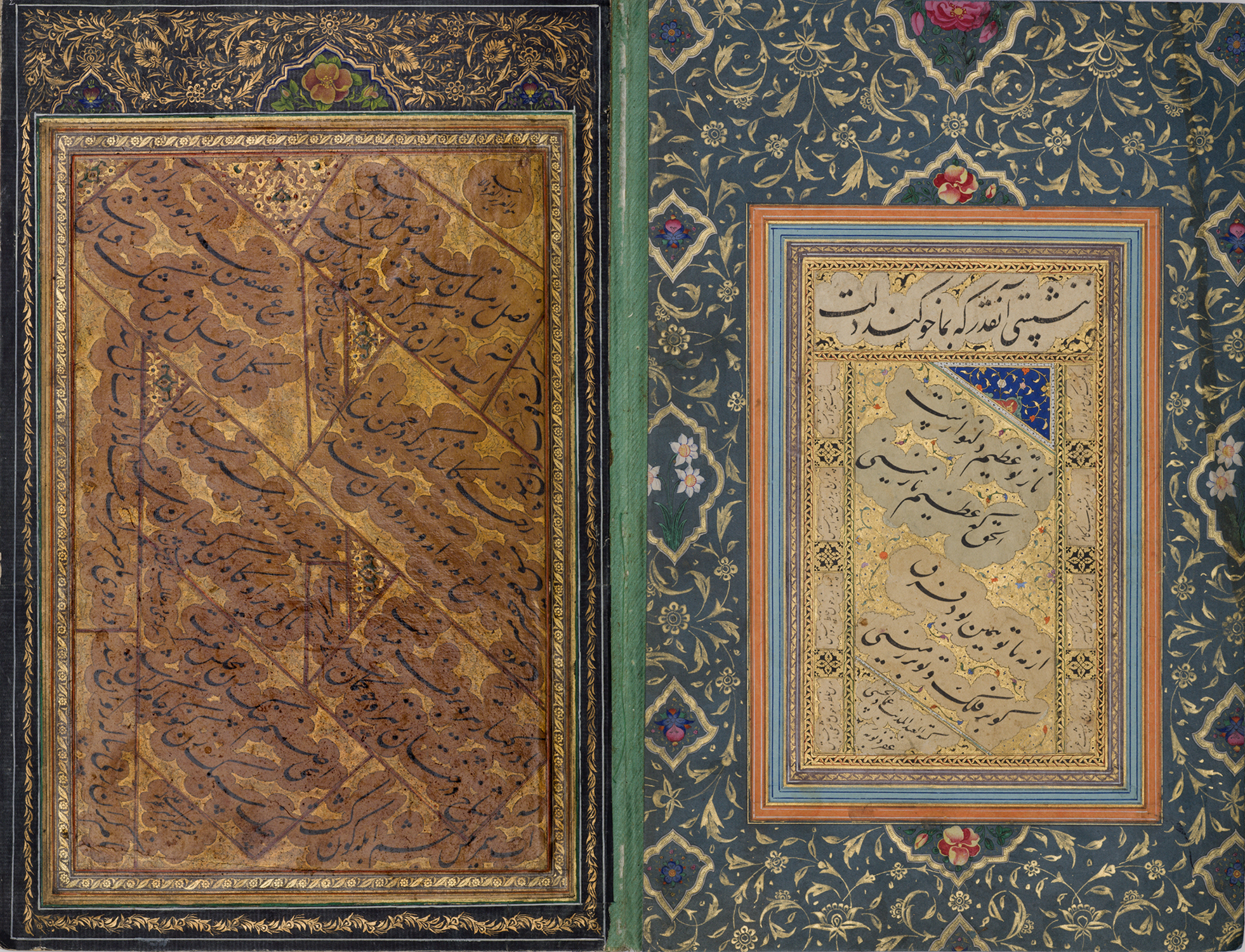 The album contains work by two of the most prolific and greatest Iranian calligraphers of the 16th century, Mir ‘Ali al-Harawi (folio 2a) and Mir ‘Imad al-Hasani (folios 1b and 2b–5a).

Folios 5b and 6a contain two European engravings, one of a young girl and the other a hand-coloured portrait of Admiral Nelson, both of which have been carefully integrated in the album. Folio 6b contains various counsels written in Isfahan for Mulla Sami‘ Mazandarani. They are written in shikastah and signed by ‘Abd al-Majid, who was one of the most highly esteemed masters of this difficult script. Folio 7a has a ghazal on autumn by a state official, ‘Abd al-Vahhab, also in shikastah.