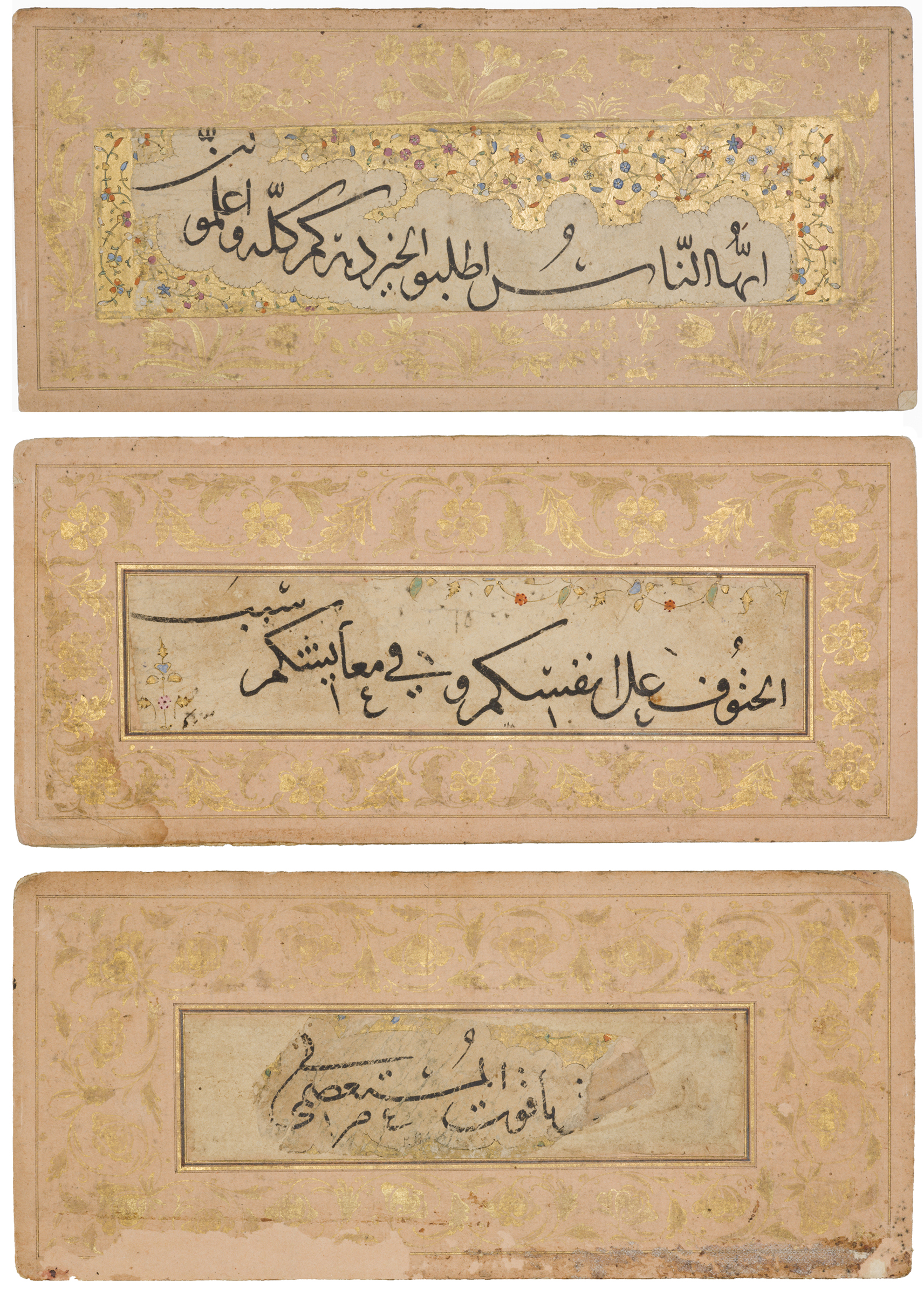 ink on paper; later mounted on pink paper backed with card and illuminated in ink, gold and watercolours

text written in tawqi‘ script; 1 line to the page

Yaqut al-Musta‘simi was undoubtedly the most influential of all Muslim calligraphers, being regarded by most later masters as their mentor. He is said to have been born at Amasya at the beginning of the 13th century and became a slave of al-Musta‘sim, the last of the Abbasid Caliphs at Baghdad. After the latter’s murder in 1258 and the capture of Baghdad by the Mongol Hülegü, he entered the service of Hülegü’s minister, Ata-Malik Juvayni. He died in Baghdad in 1298. His fame was such that many manuscripts and calligraphic works have been attributed to him, or have had his name added to them. For a Qur’an section by Yaqut in the Khalili Collection, see QUR 29.

The album consists of 11 aphorisms in Arabic arranged in an ordered sequence. The signature on folio 13a, although damaged, is undoubtedly part of the original. They were probably originally part of a manuscript and were later cut and arranged in their present form in Iran sometime in the 17th century, when the illumination was added.