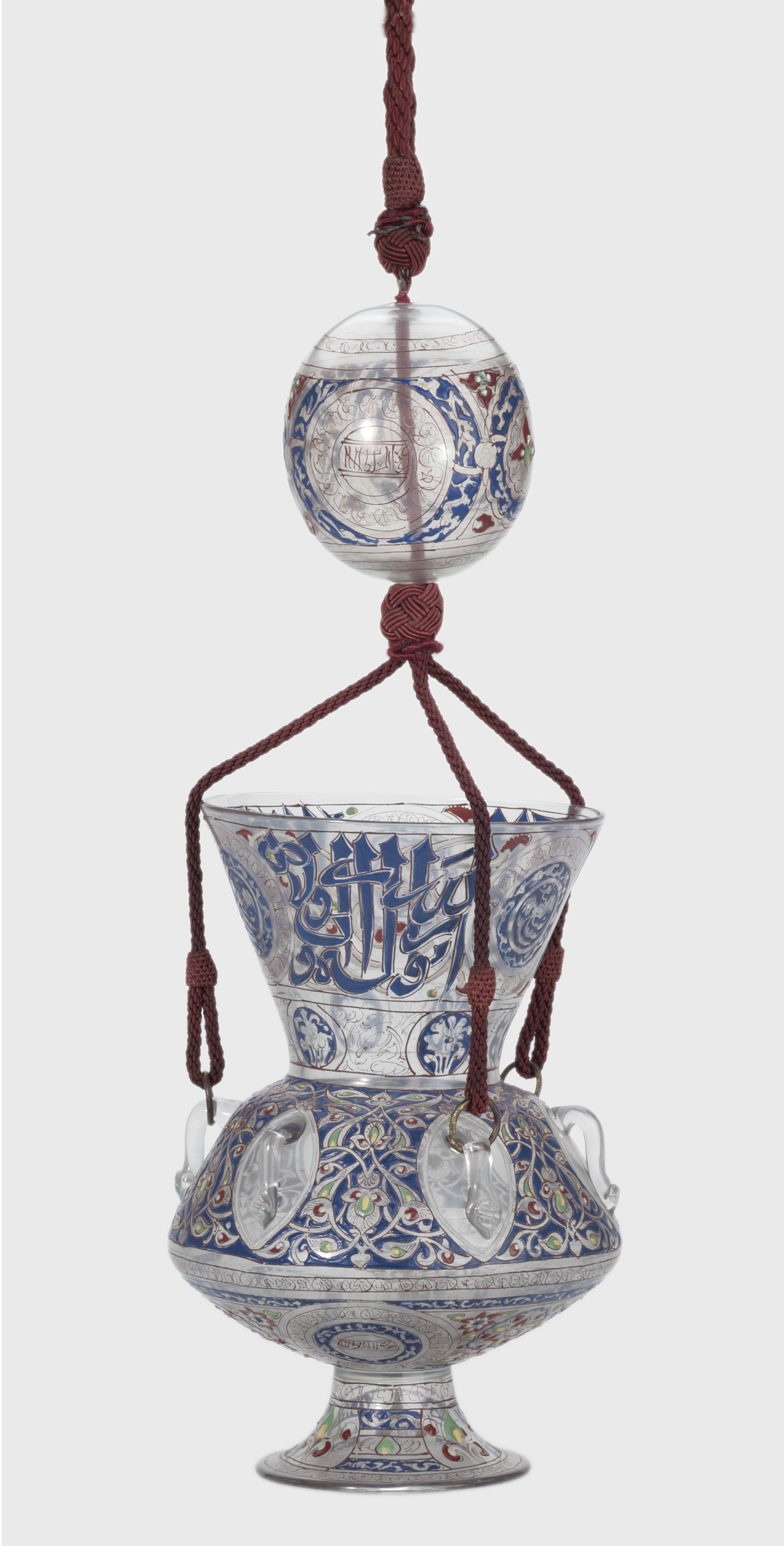 The lamp has six handles and enamelled decoration in red, blue and white. The decorative repertoire includes an inscription interrupted by three medallions, each containing either a phoenix or an inscription, and rosettes, ﬂeurs-de-lis and other floral designs and epigraphic blazons. The suspension-ball is also enamelled, with two epigraphic blazons alternating with two medallions containing ﬂeurs-de-lis. A Mamluk lamp with a similar decorative scheme was transferred in the late 19th century from the mosque of Sultan Hasan in Cairo to the Museum of Arab Art, where it may have served as a model for this European copy. The Mamluk lamp had by that time lost nearly all traces of the gilding that once adorned it.