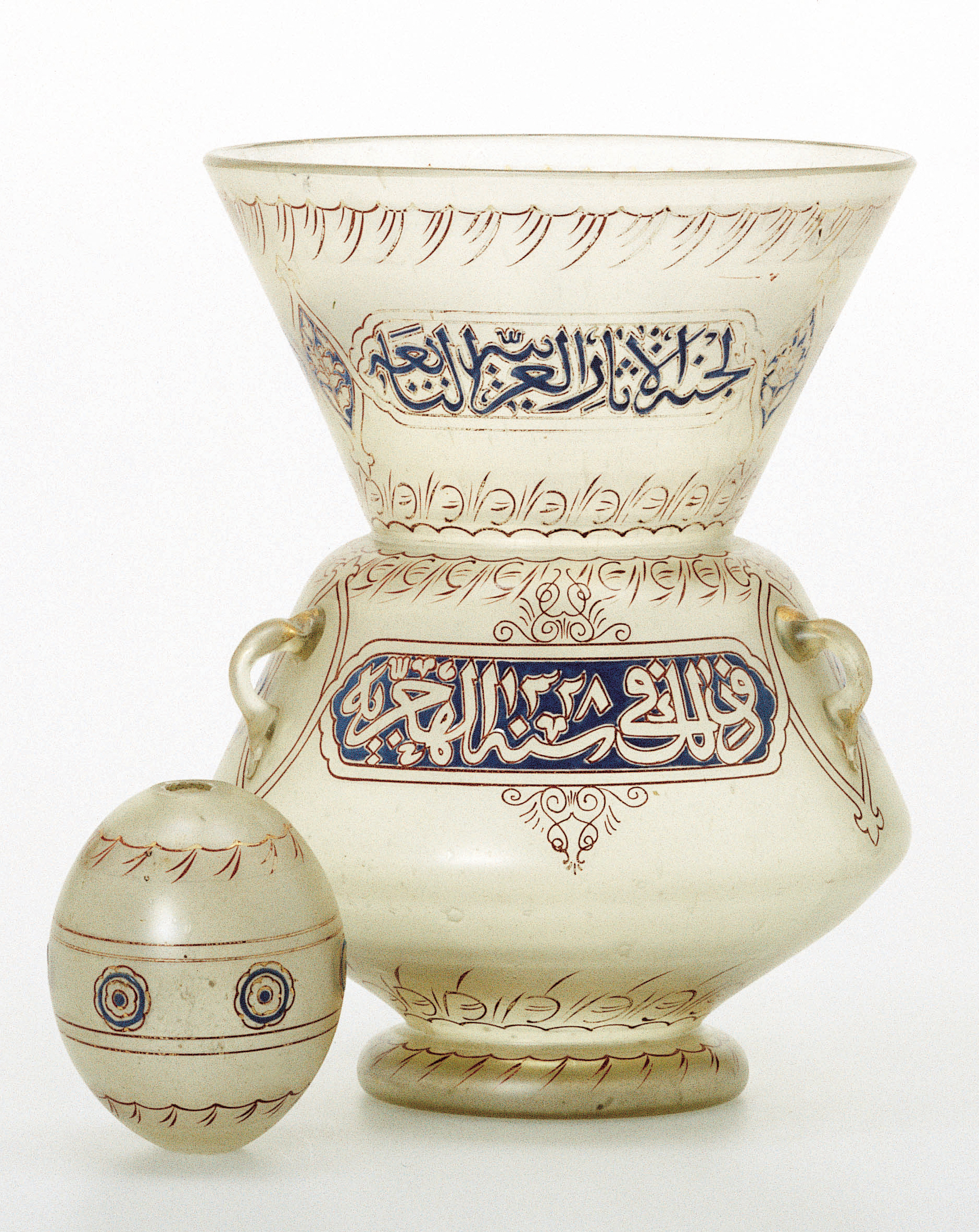 According to the inscription on this lamp, it was made in 1328 AH (1910 AD) for the Egyptian Khedive ‘Abbas Hilmi II (r 1892–1914). The lamp, which may have formed part of a larger commission, was probably intended to adorn the interior of a religious building in Cairo, possibly the royal mosque of al-Rifa‘i which was completed in 1911 by the Austrian architect Max Herz. Indeed, Herz himself indicated that mosque lamps manufactured in Bohemia were sent to Cairo to furnish the mosque. It may also be significant in this context that ‘Abbas Hilmi II had been educated in Vienna before he ascended the throne at the age of 18.

The decorative scheme of the lamp appears to have been suggested by a 14th-century lamp in the name of the Mamluk sultan al-Ashraf Nasir al-Din Sha‘ban II (r 1363–1376) in the Islamic Museum, Cairo, where Herz was employed as director.