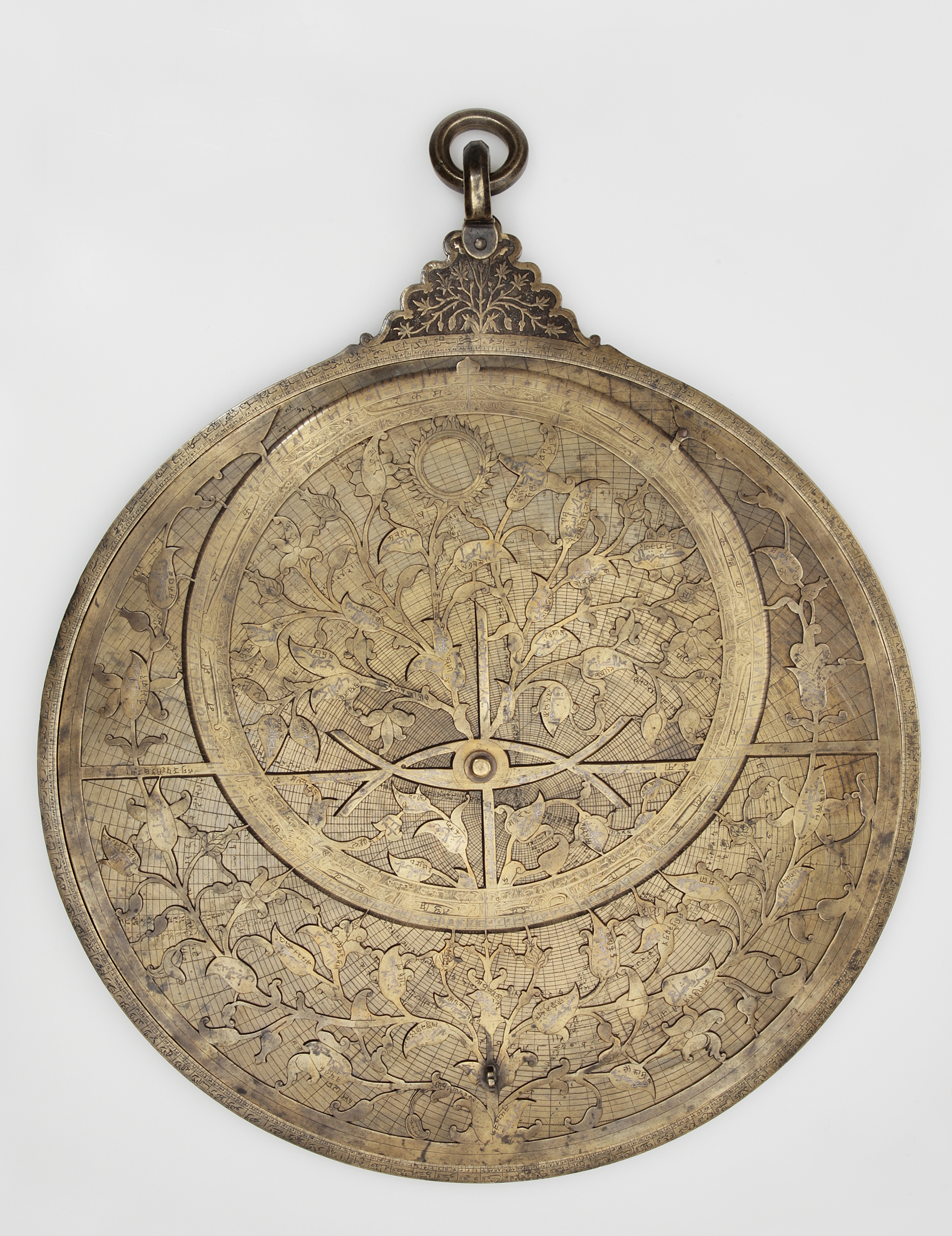 A monumental planispheric astrolabe made for Shah Jahan

A monumental planispheric astrolabe made for Shah Jahan

brass, sheet and cast, cut and engraved, the rete inlaid with silver

The rete of this astrolabe is designed as a branching stem, each branch with several pointed leaves which serve as star pointers, labelled in Sanskrit as well as Arabic. There are six plates for different latitudes. On some the length of the longest day is given not in hours and minutes but in ghati, an Indian division of the day corresponding to 24 minutes, illustrating the yoking of the Hindu and Muslim astronomical and astrological traditions.