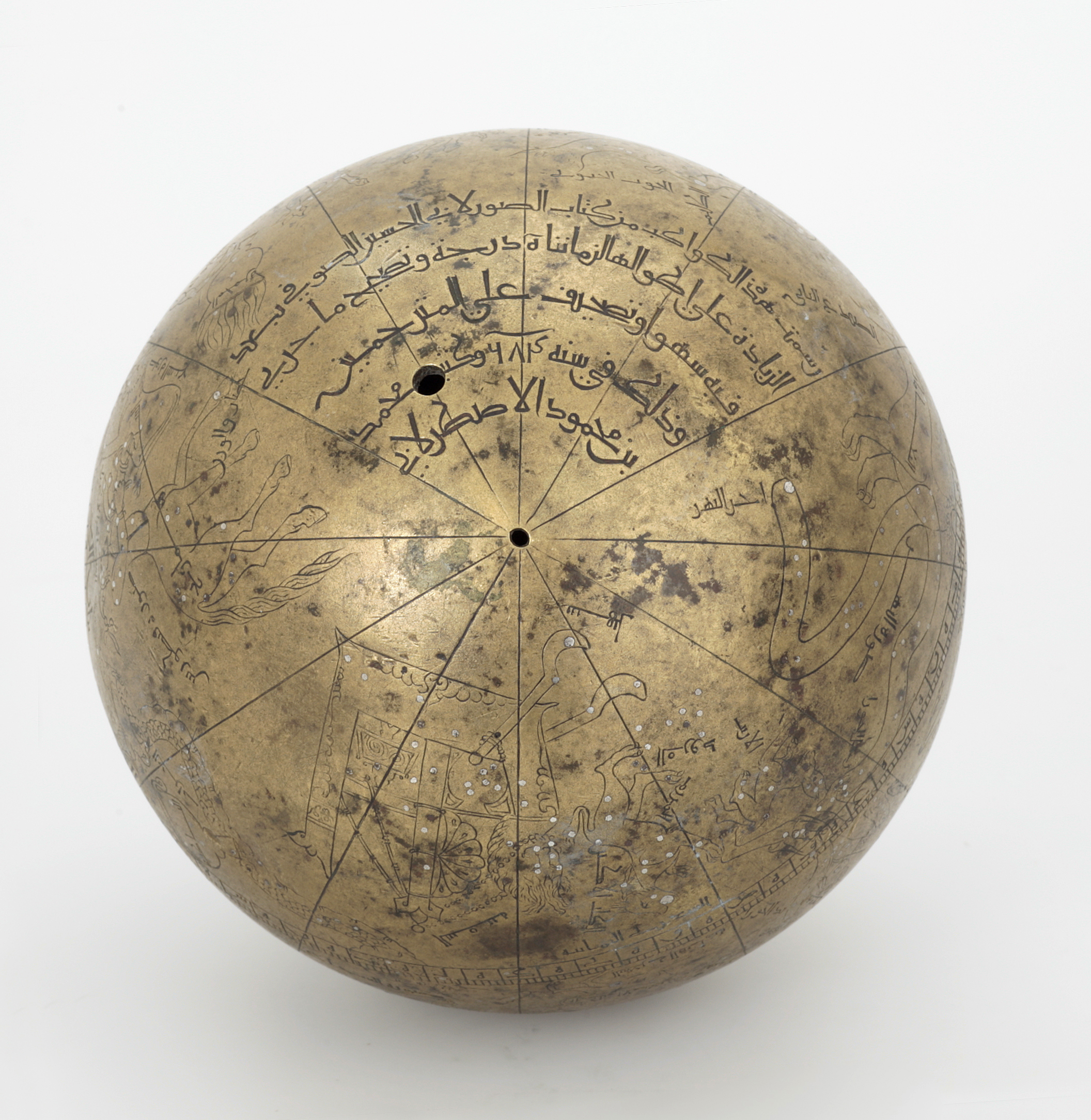 brass, incised and inlaid with silver

This precisely executed globe, made of two hemispheres, is the sixth earliest surviving celestial globe. The maker’s name is given twice on the globe. The first, and shorter inscription, states that the globe was made by Muhammad ibn Mahmud ibn ‘Ali al-Tabari. His name appears again in the longer five-line inscription, where he omits the name of his grandfather and his nisbah, but emphasizes instead his trade as an astrolabe-maker, al-asturlabi. And indeed the globe does reflect the work of a professional instrument maker.

The long inscription, situated near the south pole of the instrument, states that its maker, Muhammad ibn Mahmud based it on the illustrations in the 10th-century astronomer al-Sufi’s Kitab suwar al-kawakib al-thabitah (‘Book of the Fixed Stars’), adapting it to take account of the 200-year lapse of time and rectifying errors of placement and spelling and that the maker had written the identifications of the various constellations of the Zodiac, fixed stars, lunar mansions, and of some non-Zodiacal constellations as well. These show certain discrepancies with al-Sufi’s figures, and, further away from the ecliptic, the star-positions are increasingly misleading. And, although the maker does not say so, he would also have been responsible for calibrating the globe, a necessary condition of its being used for astronomical purposes.