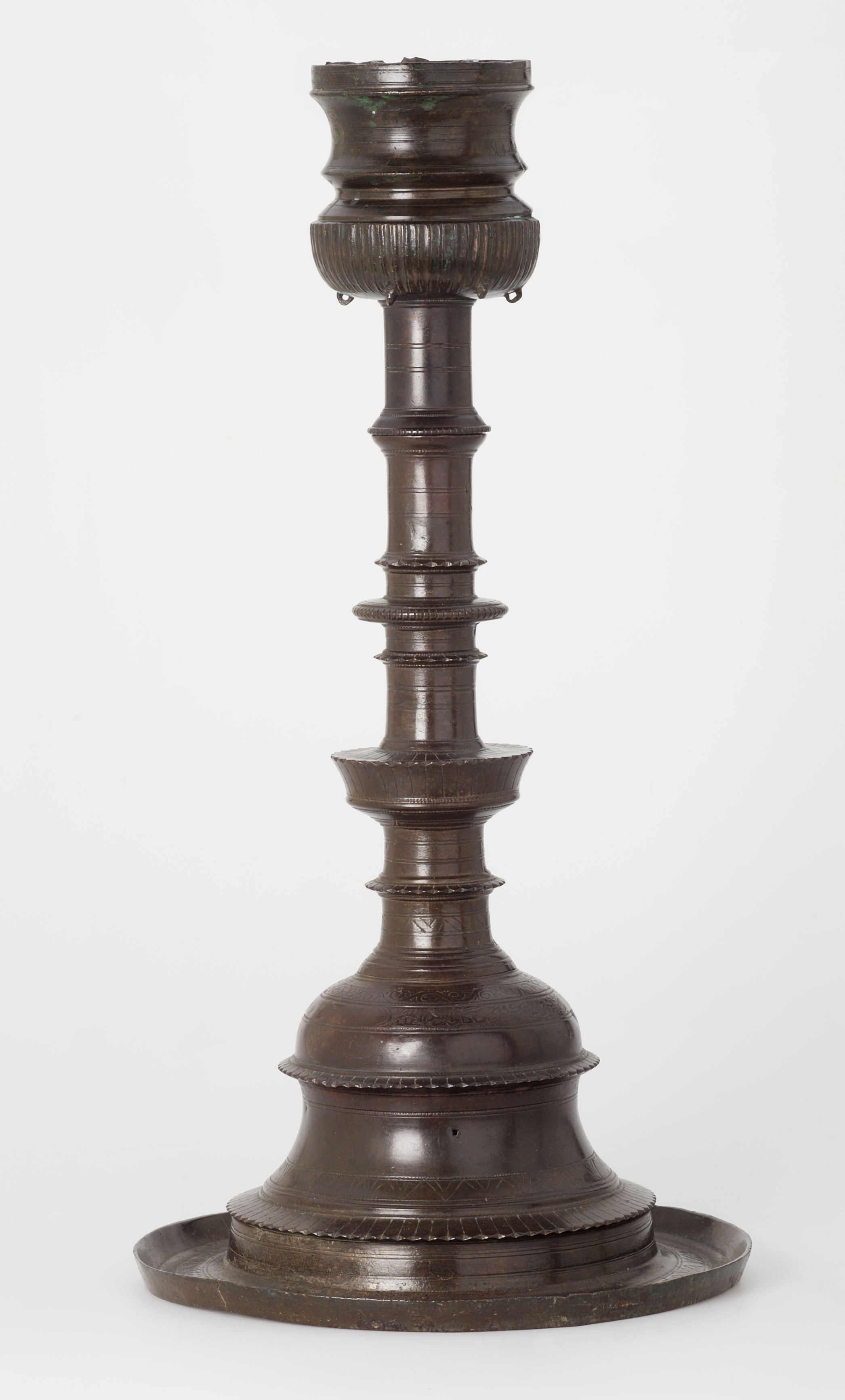 The bulbous head of this candlestick most probably served as the reservoir of an oil lamp. There are two such lamps, both dedicated by Timur, in the shrine of Ahmad Yasavi at Gorod Turkistan in Kazakhstan, one signed by the craftsman Taj al-Din Isfahani in 799 AH (1396–7 AD) and the other by his son, ‘Izz al-Din Isfahani, made on 20 Ramadan 799 (17 June 1397).

The Muslim day ran from nightfall to nightfall, so that Sufi rituals associated with particular feasts always took place in the evening. In endowment deeds, considerable sums are set aside for wax, oil and other substances to light the buildings for these purposes, as well as costly lamps and candlesticks (chiraghdan). They were kept in a special store, the chiraghkhanah, with a guardian who was often well rewarded for his duties.