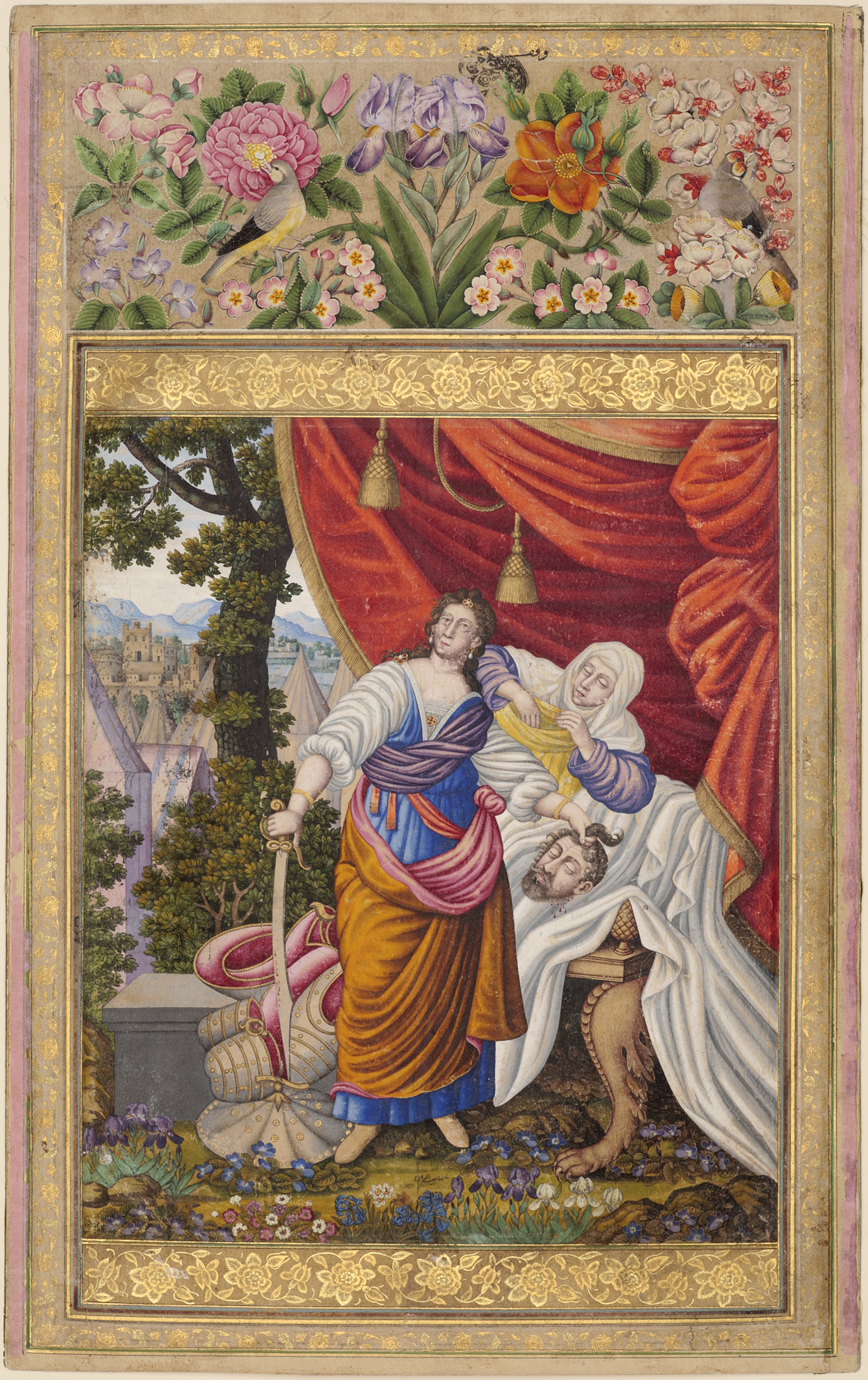 Judith with the Severed Head of Holofernes

Judith with the Severed Head of Holofernes

ink, gold and opaque watercolour on paper; mounted as an album page on card

The signature Ya Sahib al- Zaman (‘O Lord of Time’), an invocation to the 12th Shi‘ite imam, was used as a crypto-signature by the painter Muhammad Zaman, who flourished under the Safavid ruler Shah Sulayman I (r 1666–1694). He was probably the most important of a group of later Safavid painters who practised a highly eclectic style, often with subjects drawn from European paintings. Six of his compositions on biblical subjects survive from the years 1678 and 1689.

It had been suggested that the composition was drawn after a print of Judith by the Bolognese painter, Guido Reni. Although there is a certain resemblance in her stance, there are many differences. The stance of Judith, with her sword in her right hand gazing upwards to the right, on the other hand, is almost exactly that of the figure in an etching in the Albertina in Vienna, by or after Mantegna. The remaining elements – furniture, hangings, floral foreground and landscape background – are however unrelated.