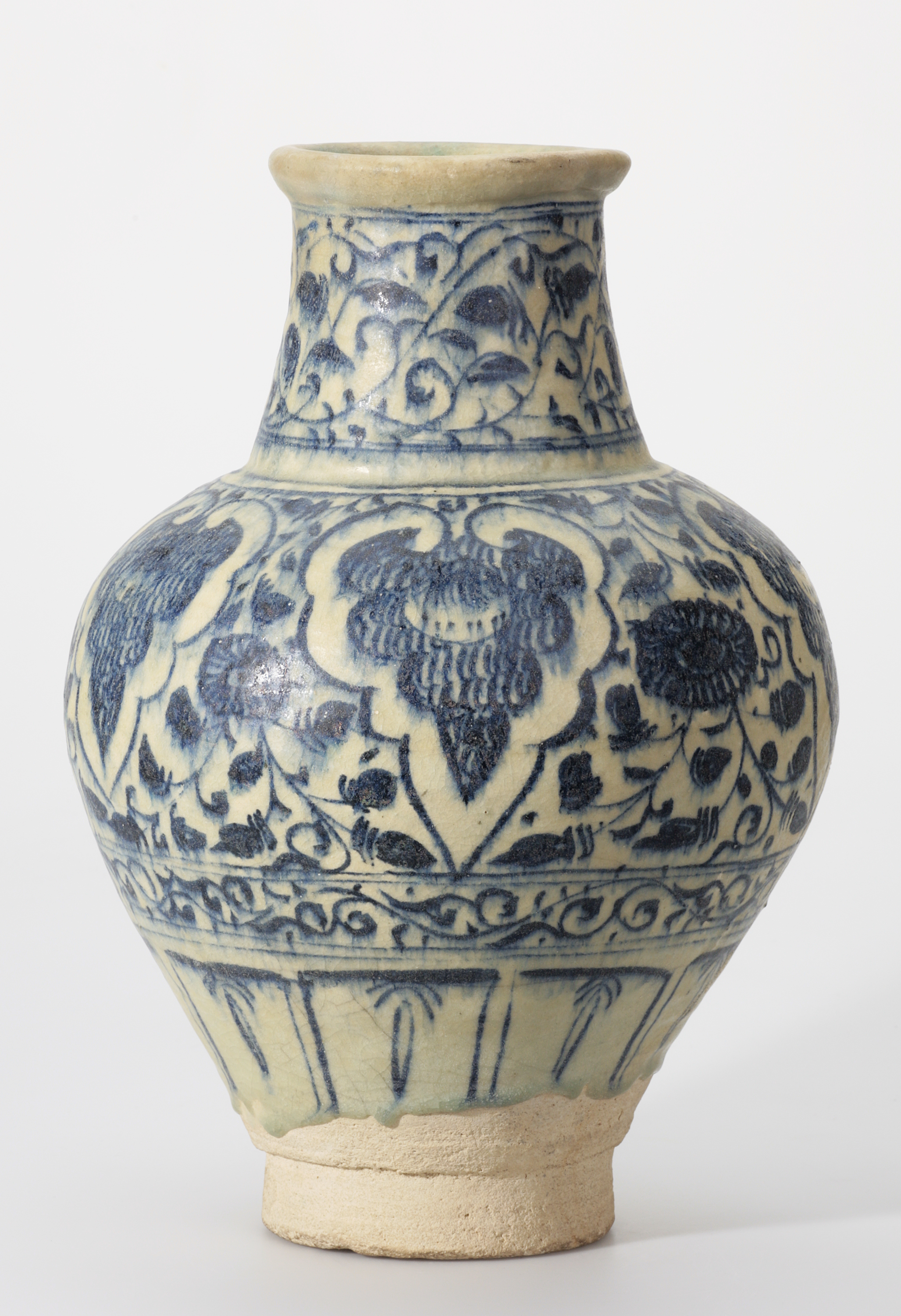 stonepaste ware, with blue decoration under a colourless glaze

The lavish decoration of Yuan and Ming blue-and-white porcelains which first began to appear in the Middle East in the mid 14th-century had an immediate and lasting impact, remaining popular long after Chinese taste had moved to other decorative themes. However, the supply was far from sufficient, and by the early 15th century Islamic potters were mass-producing local versions. Some Chinese shapes, such as narrow-necked flasks, were difficult to manufacture, but at their best the visual effect was bold and impressive. In the present case, the decoration of the jar (not itself a Chinese shape) probably derived from a Chinese wine jar, or guan.