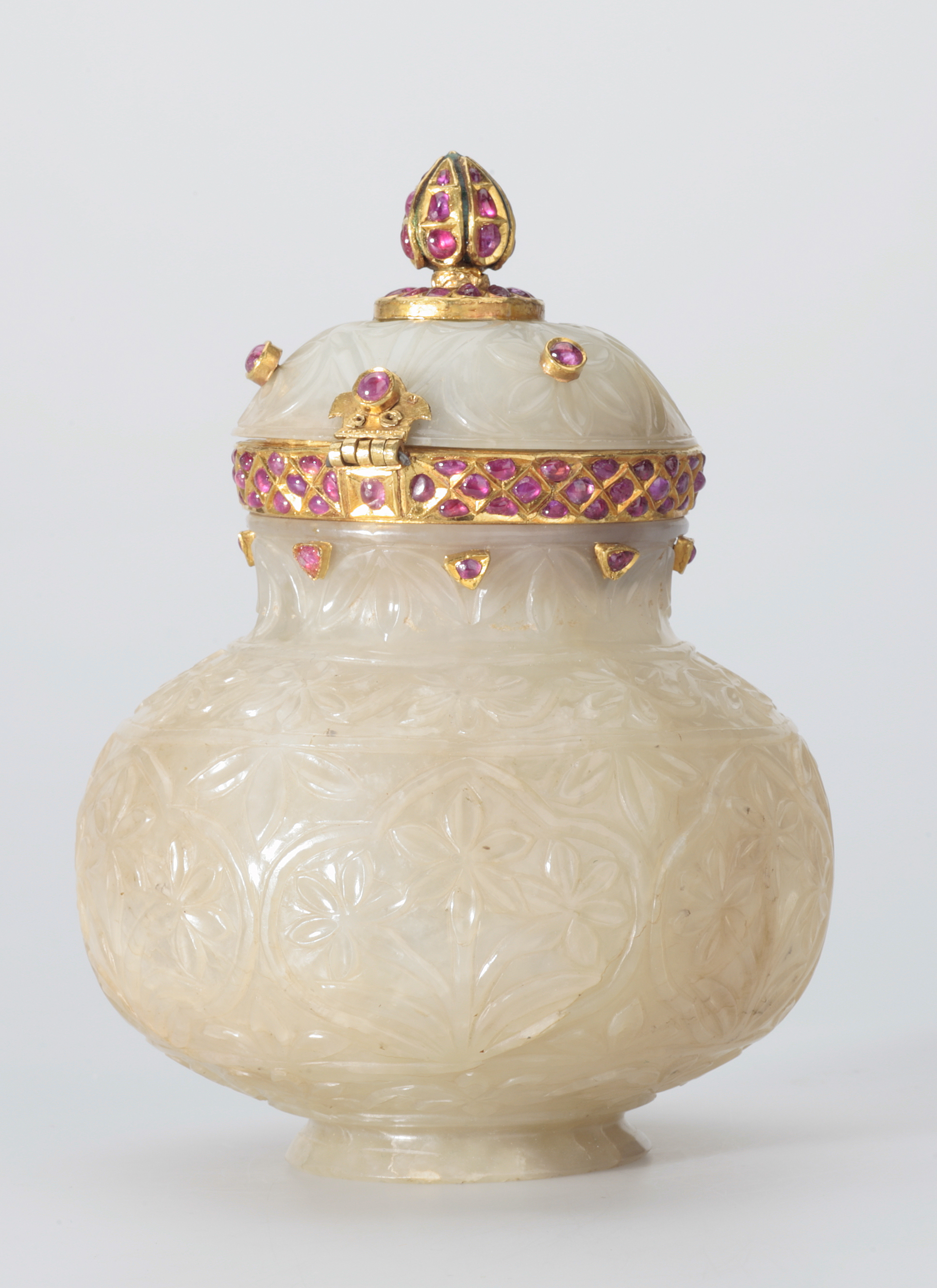 early 18th century, with mounts of a slightly later date

early 18th century, with mounts of a slightly later date

In material and craftsmanship the jar is characteristic of Qing jades made in northern China for export to Mughal India, characteristically copying drinking vessels of silver, brass or jade with globular bodies made in Timurid Central Asia [see MTW 288, MTW 305]. Once in India it was given a jewelled rim and a small bowl, which does not fit perfectly, was adapted and mounted to serve as a lid for it.

The body of the jar is carved with a band of cartouches containing flowering plants, between bands of simple stylized flowering scrolls. The neck has a band of half-florets interspersed with rubies set in triangular settings below a band of gold set with a lattice of rubies. The footring is carved with a zigzag and inside with a nine-petalled flower with a cross-hatched centre. A bowl with similar decoration, possibly made in the same workshop, is now in the Metropolitan Museum of Art. The lid is divided into three trapezoid panels each carved with a flowering plant with a ruby-set centre. The finial is decorated with six tapering petals, each with three rubies set in gold kundan, within a green-enamelled ground.