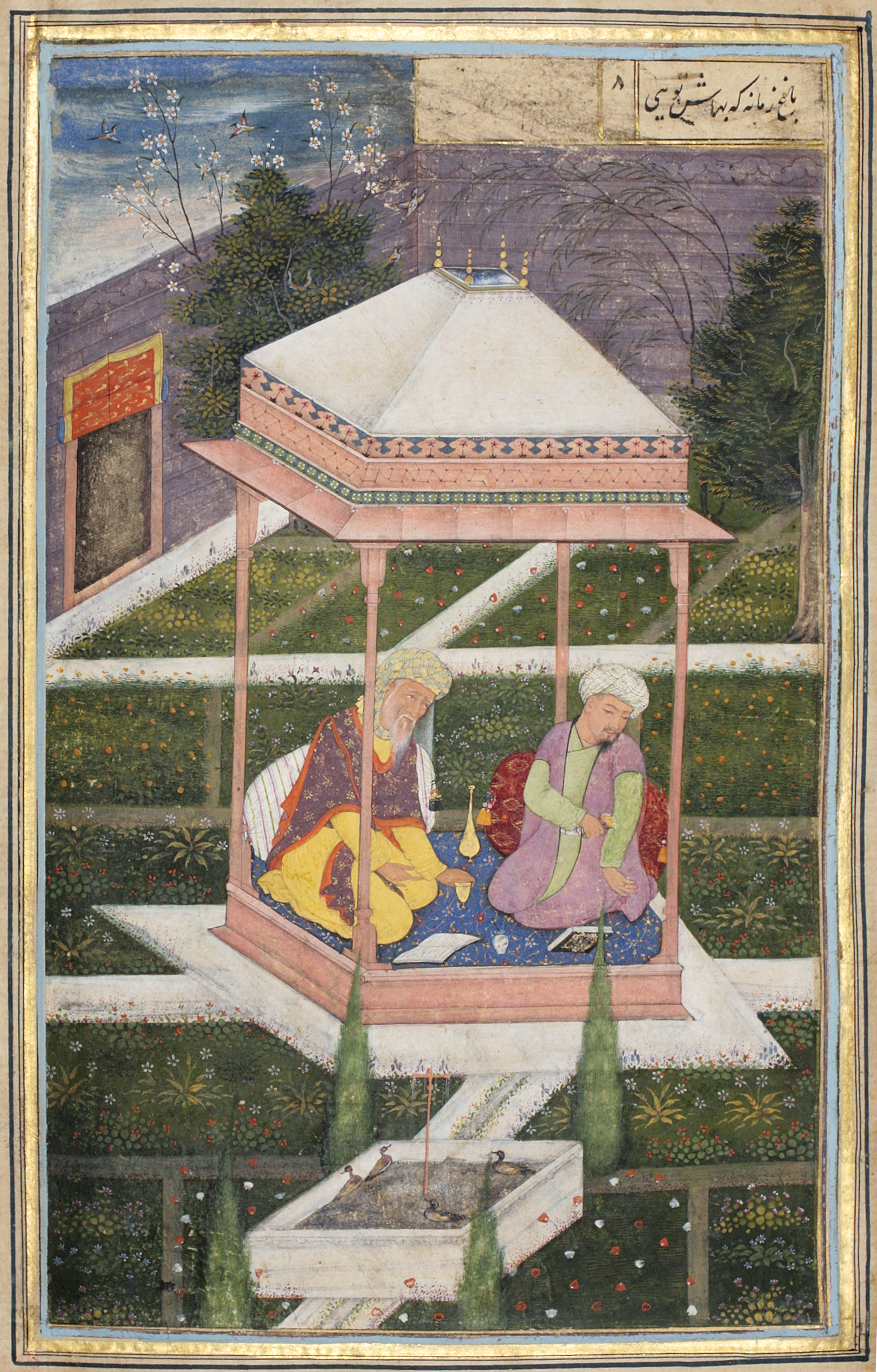 MSS 1023, fol 50a: Shirin sits with a confidante in a garden pavilion

MSS 1023, fol 212b, detail: Awrangzeb (as Bahram Gur) in the Sandalwood Pavilion

text copied in nasta‘liq, with 20 lines to the page arranged in 4 columns

The appearance of the text and the style of the illumination in this copy of the Khamsah (‘Quintet’) of Nizami strongly suggest a 15th-century Iranian origin for the volume. However, it has been suggested – based on the name of the scribe, Yusuf al-Kashmiri – that the text may possibly have been copied in India in the early 17th century. The 24 illustrations, on the other hand are clearly Mughal in style.

Although the volume lacks an explicit dedication to Awrangzeb (folios are missing at the beginning and end of the manuscript), four of the illustrations to the Haft  paykar (the Seven Princesses in their pavilions and the tales they tell) depict Awrangzeb in the guise of its hero, Bahram Gur. In later life Awrangzeb  became known for his austerity, but in his youth he shared the tastes of other Mughal princes for illustrated romances.